Meet American reporter Ivana Hrynkiw, she of the apple pie and cola smile. 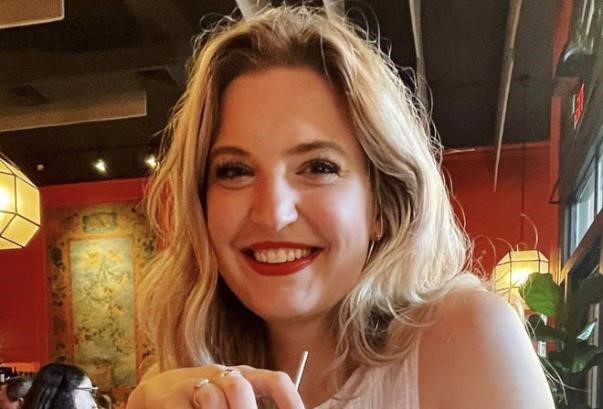 But it faded three days ago at Alabama’s William C. Holman Correctional Facility in Atmore. On her arrival to witness the execution by lethal injection of Joe Nathan James Jr, Ms Hrynkiw was told her skirt fell short, literally so, of state execution standards. There were objections too to her choice of footwear.

Adding insult to injury, the poor woman was given this, ahem, dressing down in front of all the others who’d made the trip to see a man die. The state of Alabama made no effort to spare her sensitivities and left her feeling “uncomfortable”.

I felt embarrassed to have my body and my clothes questioned in front of a room of people I mostly had never met.

In the same tweet Ivana, clearly a serial attendee at these events, also said:

I have worn this skirt to prior executions without incident, to work, professional events and more and I believe it is more than appropriate. At 5’7″, and 5’10” with my heels on, I am a tall and long legged person.

Subtext: “This is an outrage! Don’t you realise I’m top totty?”

But for her at least, this story has a happy ending. Says LBC, where I learned of the assault on Ivana’s dignity:

Following the change of clothes, Ms Hrynkiw was told her open-toed heels also violated policy. She was told to put on closed-toe shoes, and put on tennis shoes she had in her car.

It was a close call though. Ivana, to whom the overzealous (female) prison officer subsequently apologised – don’t you just love that good ‘ol deep south courtesy?  – might easily have missed the show. We can all empathise with her ordeal, following her unwitting offence to death house decorum. How could things have ever gotten so far?

Needless to say, ‘things’ didn’t pan out quite so well for the star of the show. Joe Nathan James Jr – thirty years “on the row” for the murder of girlfriend Faith Hall – experienced no such last minute deliverance, despite Faith’s family having asked for clemency:

Today is a tragic day for our family. We are having to relive the hurt that this caused us many years ago. We write to inform you that we have decided to not attend the execution of Mr. Joe Nathan James Jr. We’ve asked Governor Kay Ivey and Attorney General Steve Marshall to hear our voices and respect our wishes. We know they decided not to … We hoped the state wouldn’t take a life simply because a life was taken and we have forgiven Mr. Joe Nathan James Jr. for his atrocities toward our family 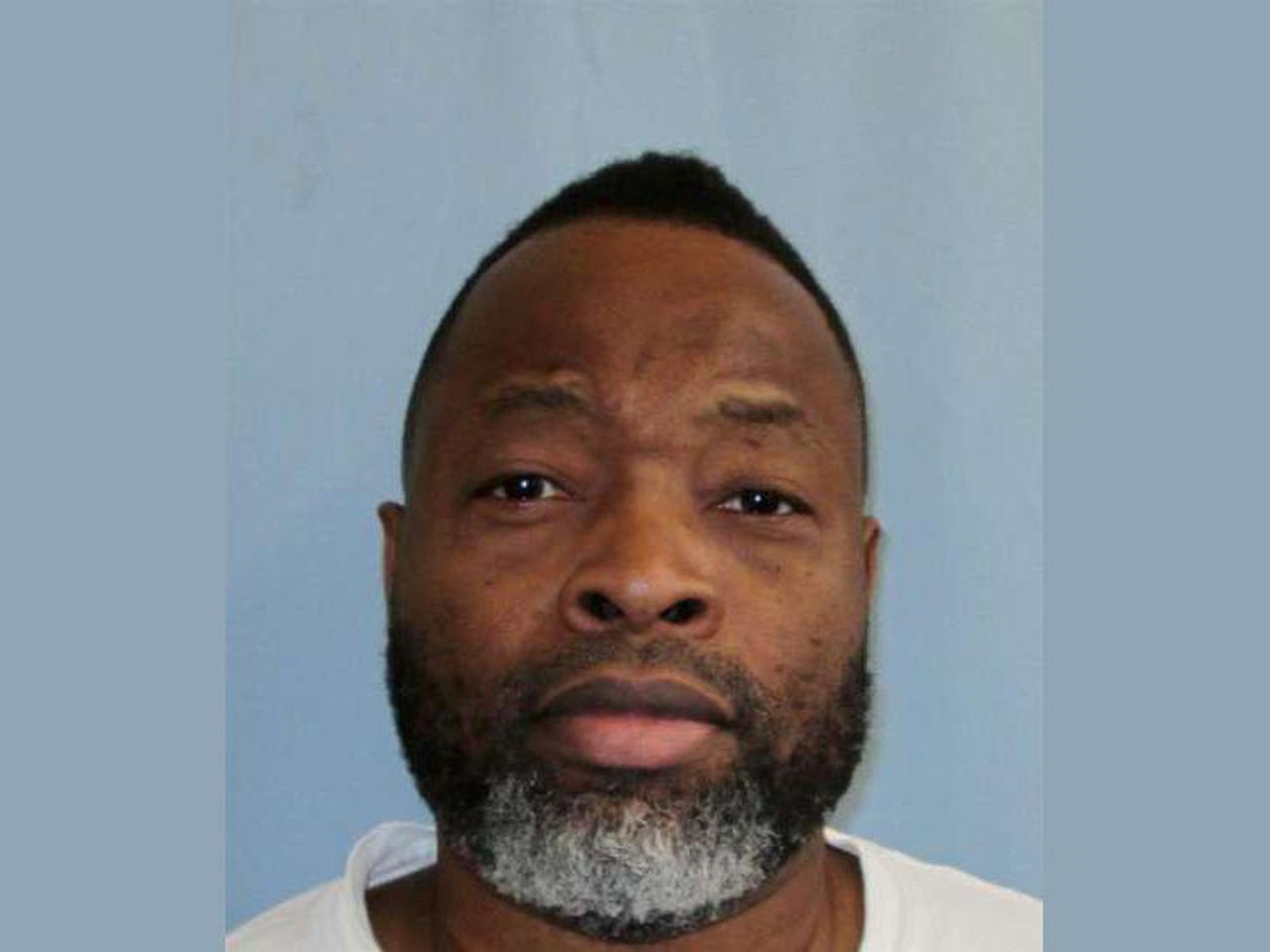 Ivana Hryniw’s account of the execution itself can be found on AL.com and contains this:

He was set to be put to death at 6 p.m., but the prison did not transport media witnesses to Holman until 6:33 p.m. After an over two-hour delay with media witnesses waiting in a prison van, the execution began at 9 p.m. and the death warrant was read at 9:03 p.m. James’ eyes were closed for the entire procedure, and he had no last words when briefly asked by the warden.

The IV attached to James’ arm shook slightly with movement at 9:05 p.m, and one minute later James appeared to have labored breathing. The labored breathing lasted until about 9:10 p.m., when a correctional officer performed a consciousness check consisting of shouting James’ name, flicking his eyelid and pinching his arm. While James’ head moved to the side after the arm pinch, he did not respond to the motions.

While media witnesses were waiting in the van outside of Holman’s Death Row, inmates inside stared out the windows from their cells. One inmate hung four pieces of paper in his window with handwriting that read, “This is a murder” on the top page …

… Late Wednesday [Alabama State Governor, Kay Ivey] said she would not commute James’ sentence to one of life in prison without parole. “With any execution case, I look very closely at the history, cold-hard facts and all other information or correspondence I may receive. I also take deeply seriously the feelings and position of the victim’s family and loved ones. However, we must always fulfill our responsibility to the law, to public safety and to justice. Tonight, a fair and lawful sentence was carried out, and an unmistakable message was sent that Alabama stands with victims of domestic violence.” 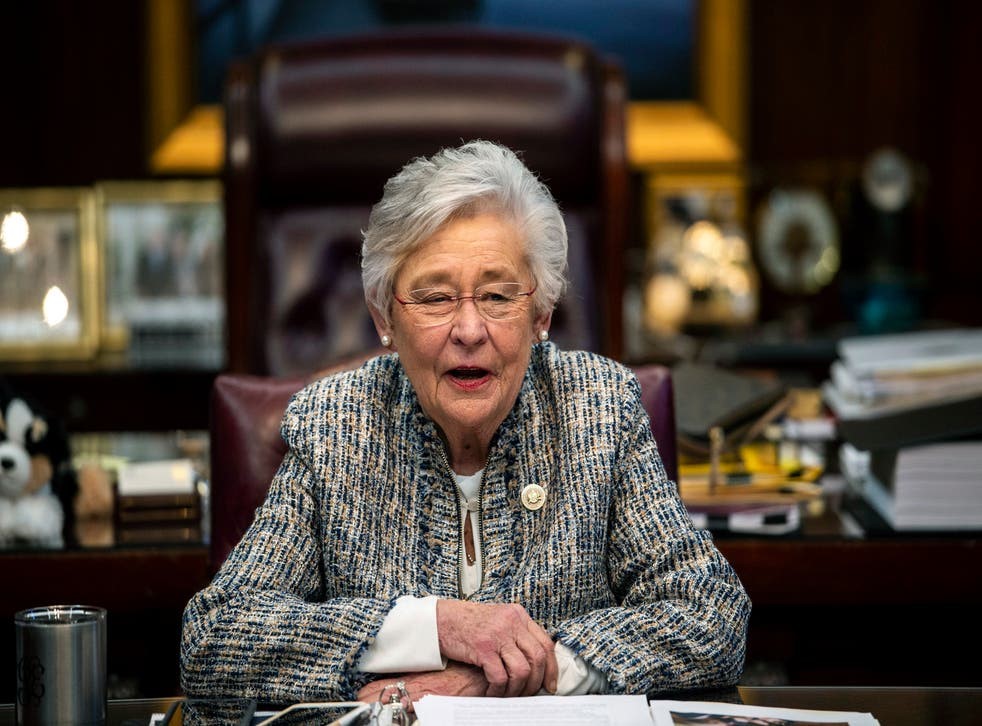 As it happens, hours before reading all this I’d watched a Netflix offering, Just Mercy. Based on true events it tells of a young black man, newly graduated from Harvard Law School, who defies the wishes of his fearful family to head south to fight – and ultimate win acquittal – for a less privileged but innocent black man on Alabama’s death row courtesy, in a case utterly devoid of physical evidence, a (white) jailhouse snitch who had himself recanted to no avail his manifestly ludicrous but self-serving testimony.

Set in the early nineties when Alabama, like most of America’s death penalty states, still used the electric chair, the film has an execution scene. Say what you like about electrocution, there’s a certain honesty to its barbarity. By contrast, one of the drugs in the lethal injection cocktail paralyses the condemned. Since this is outlawed when vets put down a suffering pet, you can’t but wonder: who is being protected? The disproportionately African American and Hispanic condemned 1 – a fair few of whom will, as a matter of statistical certainty, be innocent – or the suitably attired strangers who choose to watch them die?

Update August 1st. Since posting this I’ve seen Caitlin Johnstone’s take on the same subject. Our assessments are complementary. Caitlin directs her scorn and sorrowful rage at America’s unsurpassed ability to combine in grotesque forms a systemically racist vindictiveness with its uniquely puritanical sense of decorum. I on the other hand take that as read, and chose instead to target Ivana Hrynkiw’s sense of entitlement – 5’10”-with-my-heels-on – and spectacular lack of awareness.

One Reply to “Dress code for an execution”