These are kids from the camp on the north-west of town, edging the desert where, after Diwali next month, the world’s biggest annual camel fair will take place. The girl in all but one of the first eight images caught my eye on Saturday as she half played, half worked the bunches of westerners lounging on the eastern ghat to watch the sun go down across the lake. I’ve been snapping her on and off ever since. Full of life, she hasn’t changed that pretty but filthy dress in four days. 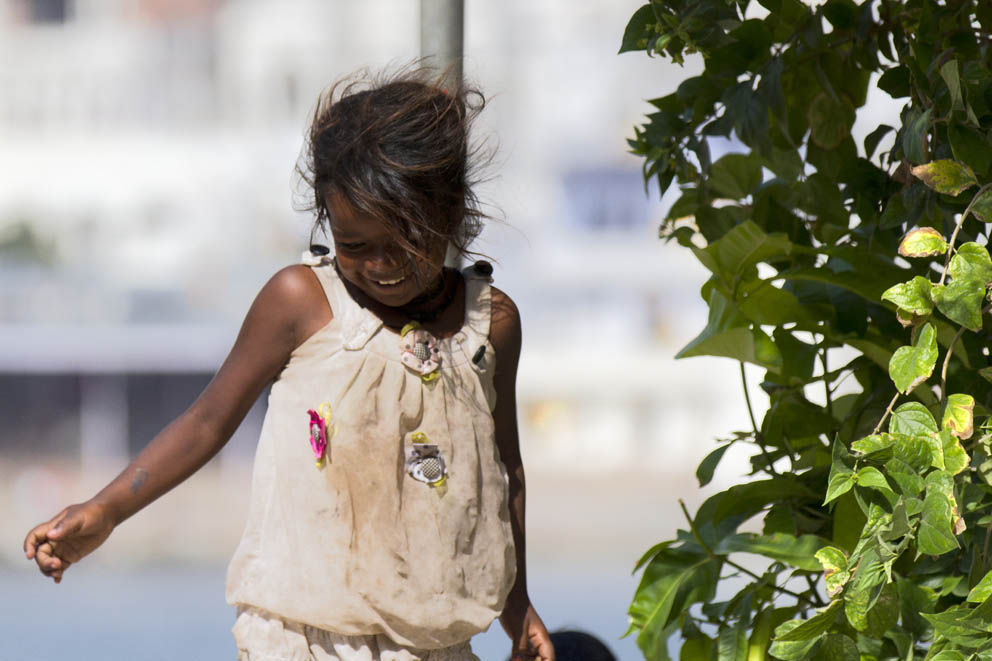 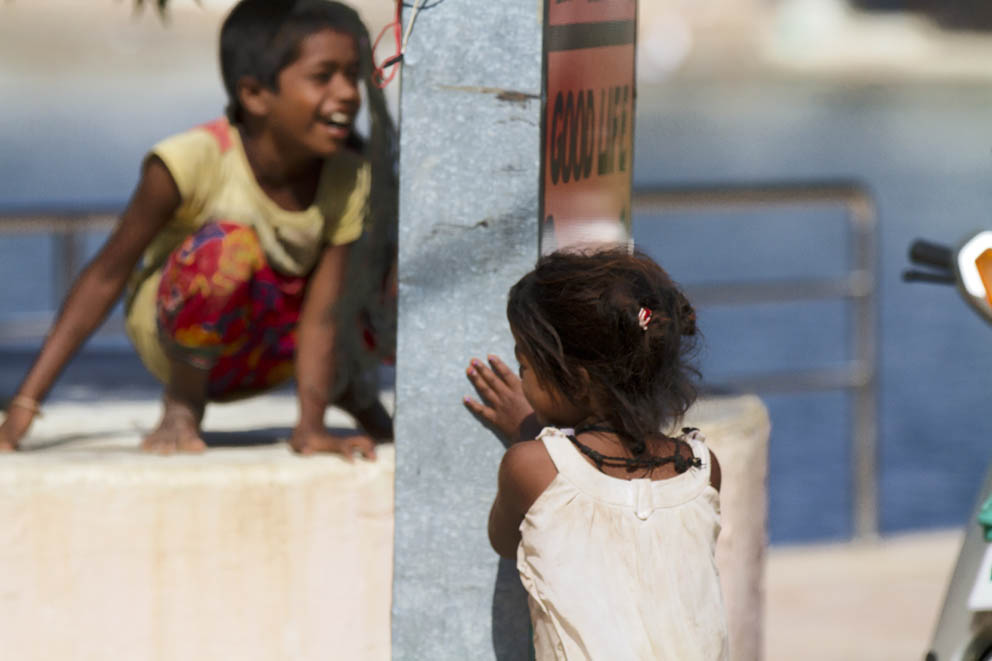 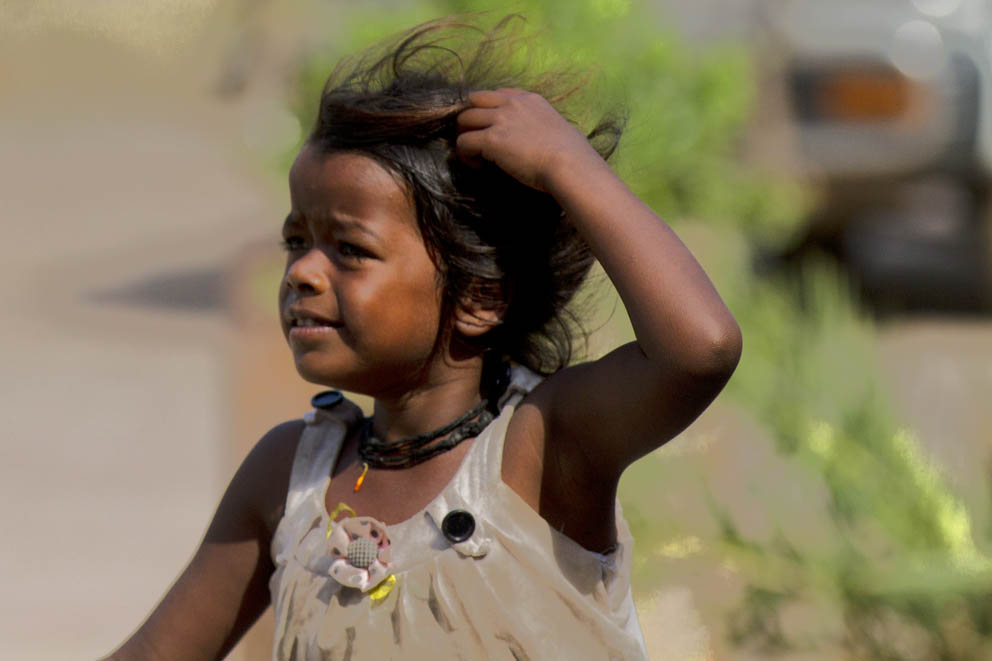 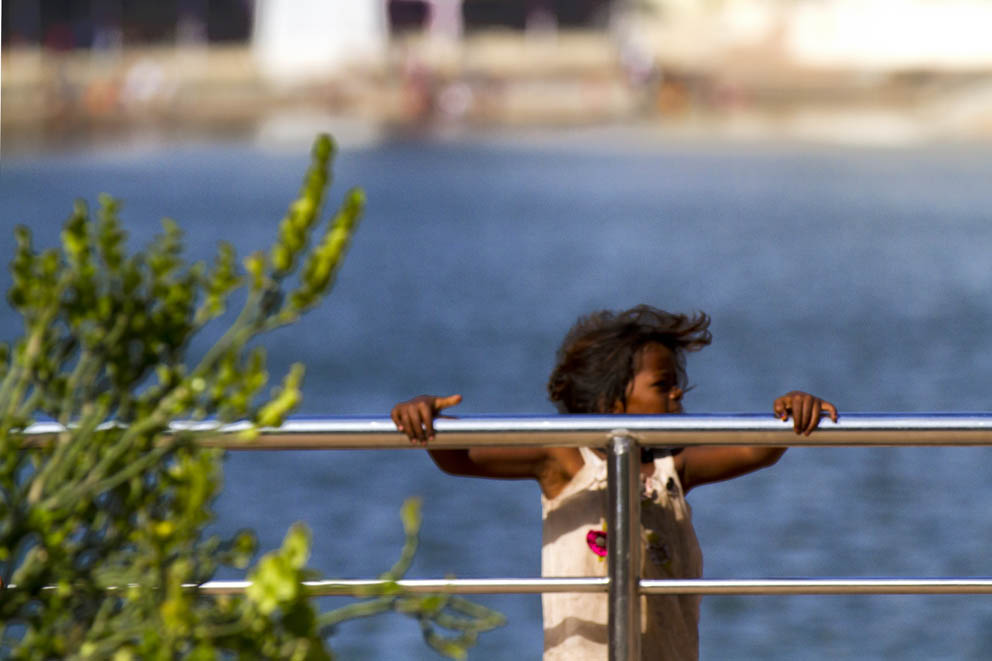 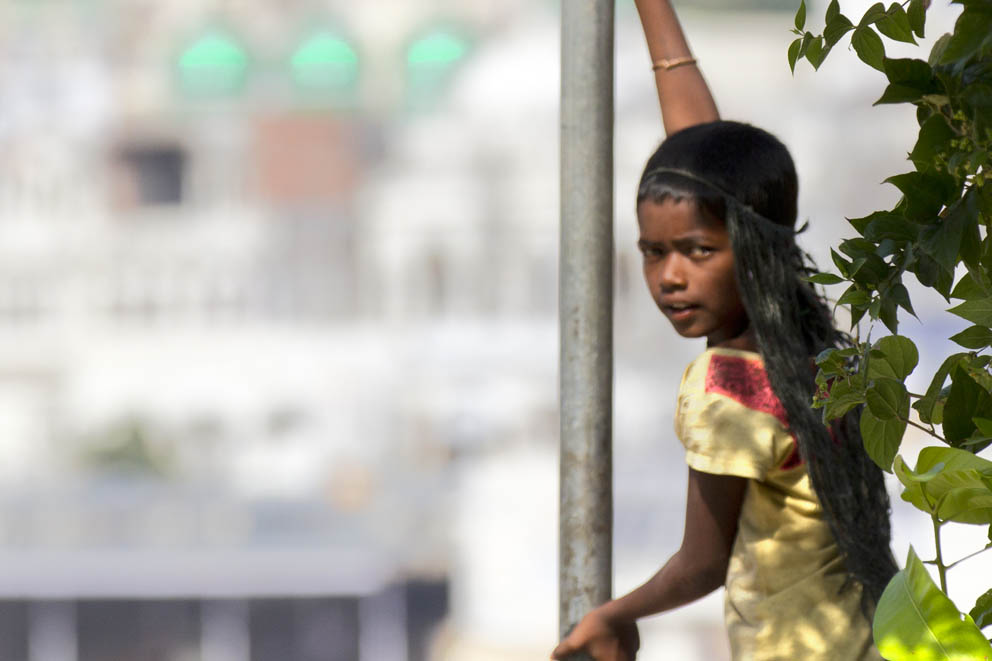 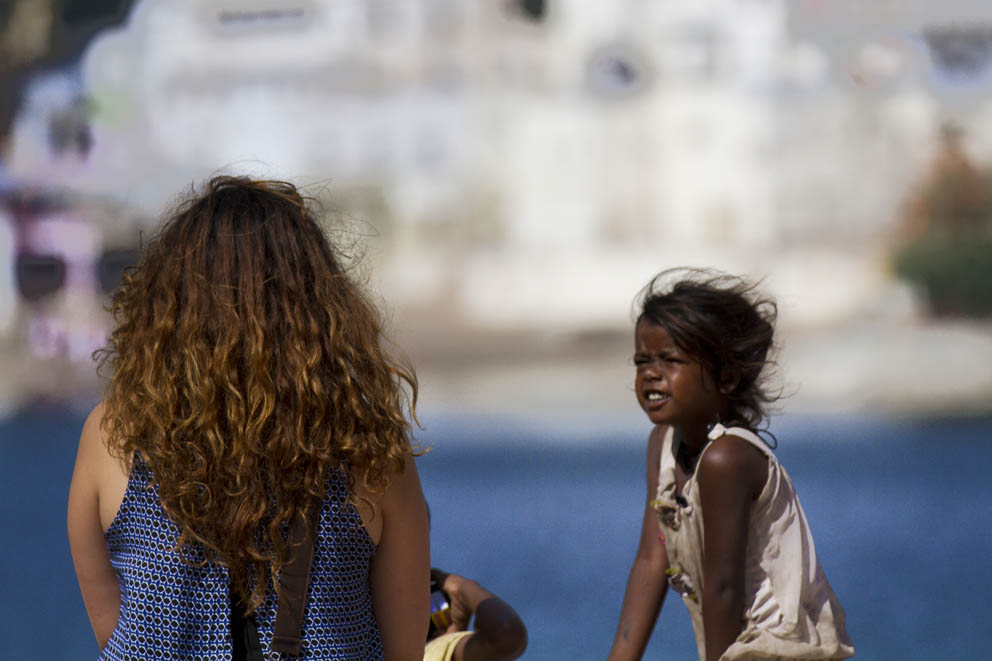 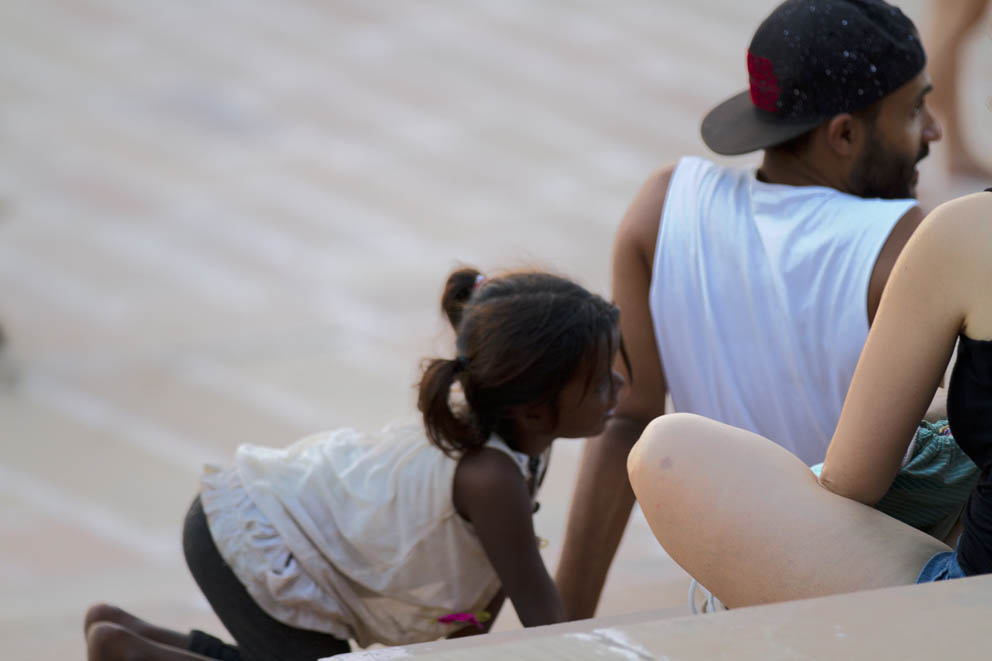 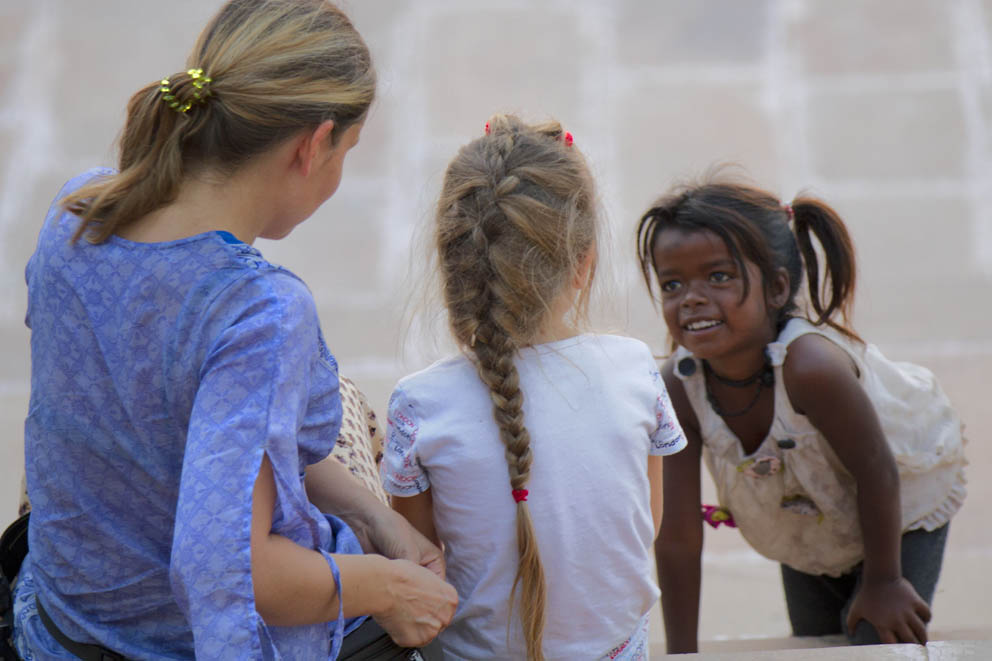 For me this last picture, which featured in an earlier post, speaks volumes. On the one hand it’s easy to be naive about such kids – and about Asia in general. She’s sweet as honey but has a job to do, and that’s to extract as much cash as she can from the westerners. (My policy is not to give. There’s a bunch of reasons why not, just one being that it encourages the practice across the exploited world of keeping kids out of school. As I have in Vietnam and Cambodia, I’ll find a charity on my return that seems on the level and non abusive  – though as one raised in a kids’ home I’m aware how tricky this can be – and make a one off donation.)

On the other hand it’s easier still to be cynical. (Position of choice, as my flawed but brilliant teacher was wont to say, for arrogant cowards since (a) you don’t have to do anything and (b) you get to feel superior to everyone else.) Look at her face. Whatever else she might be up to, there’s unfeigned curiosity and pleasure written across her features: the natural resting state, before attitudes more complex are learned, for one human being with regard to another.

A few more, last night, close to the gypsy camp. I wandered through the camp earlier in the day, but without my camera: I’m not completely stupid. Three young toughs stopped me to suggest chai and chapatti’s at 5,000 rupees a throw. I declined with a wide grin I’ve honed over years of travel and usually sees me through iffy sitches; sticking out my hand with a “my name is Philip and I am thrilled to make your acquaintance” that had them laughing to burst. I was glad not to have valuables on me. A down side to travelling solo, especially serendipitously, is that no one knows precisely where you are. No one will miss you for quite a while.

As ever, there’s a balance to be struck between timidity and foolhardiness. On my first trip to Asia in 1974/5 I lurched from one to the other. Having skulked in hotel rooms across Turkey and Iran, too scared to venture beyond main thoroughfares, I went mental in Afghanistan – even in those days the most dangerous of the countries on the hippie trail, but legendary for the quality and potency of its hash – and got myself a right royal bollocking from a hotel manager in Kandahar after returning late one night, stoned senseless, from a caper in a shady courtyard down a maze of alleys I could never have found my way back from unaided. One day I’ll tell the tale of that roller coaster night.

Yesterday what I needed was an entree to the camp with one I trusted, speaking to the gypsies and taking pictures if allowed. As it was I felt an intruder, even without a camera, but was struck by the demographic mix. Some of Rajasthan’s Roma – themselves divided along caste lines – are dirt poor but others have motor bikes and 4WDs. Some own camels; a few have horses even my untrained eye could see must fetch a king’s ransom, including a pure white stallion I’d guess is of Arab stock.

Brief details on the Rajasthani gypsies here. Meanwhile, back to those kids … 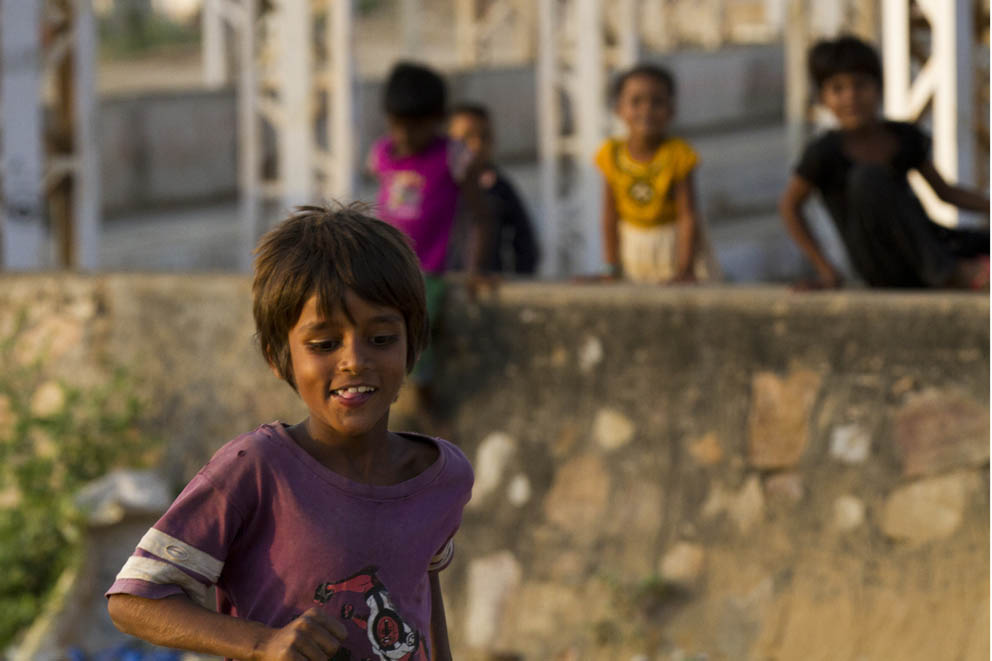 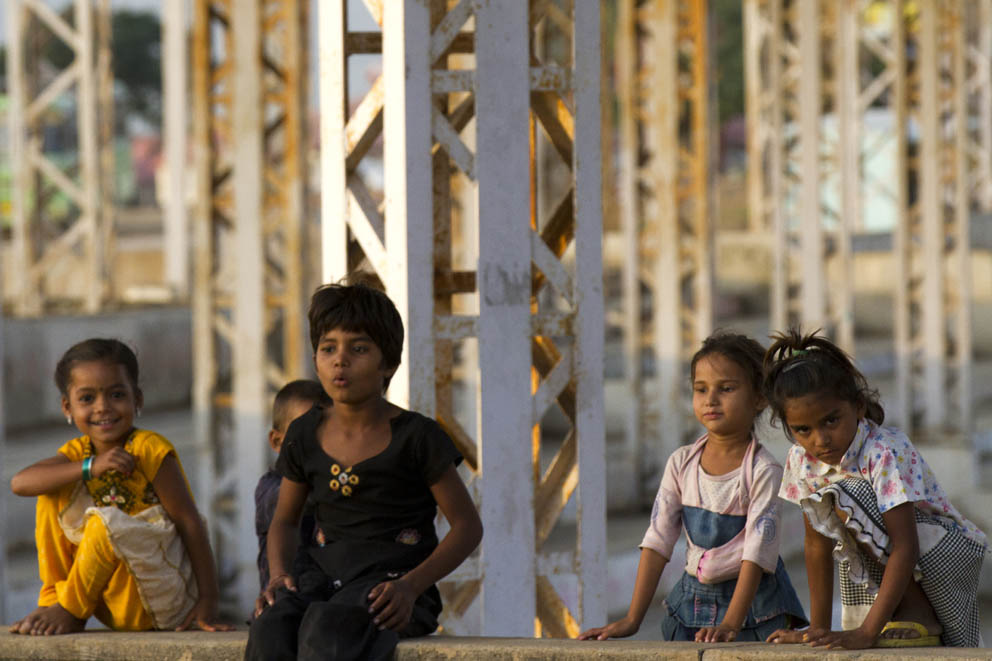 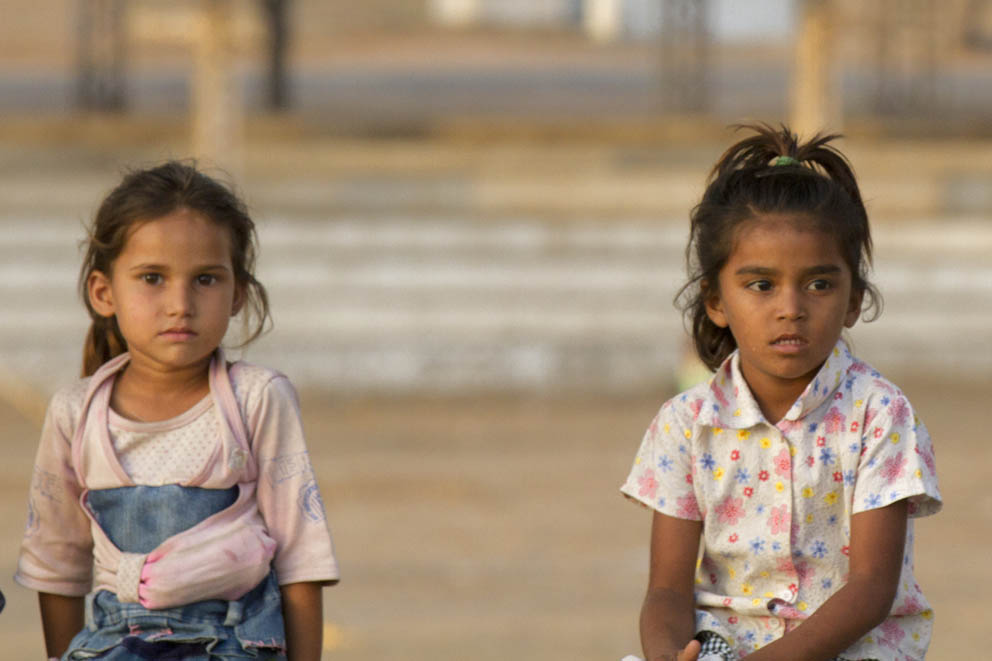 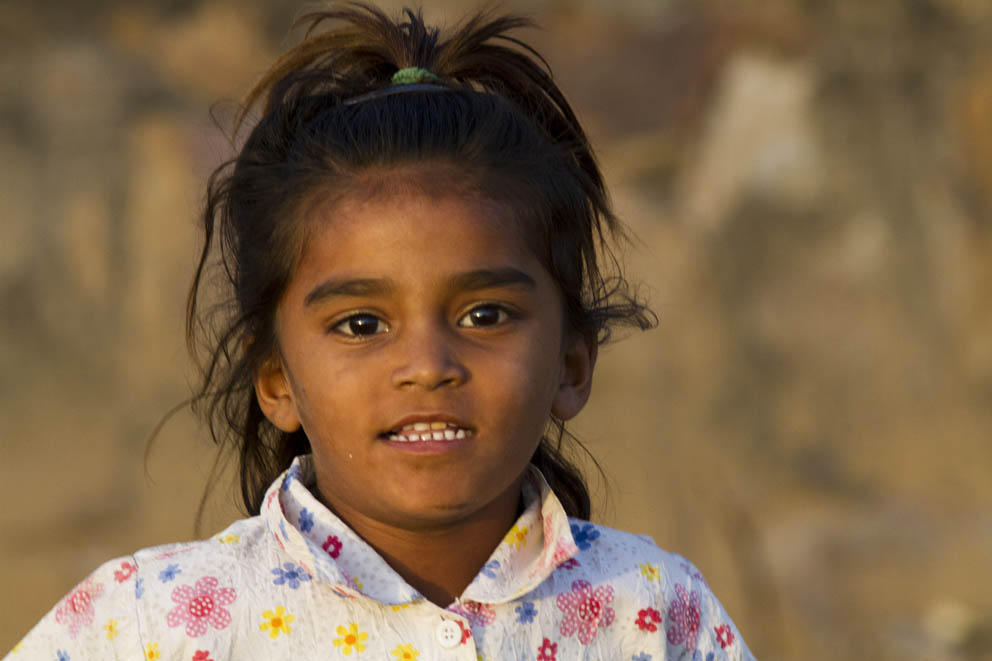 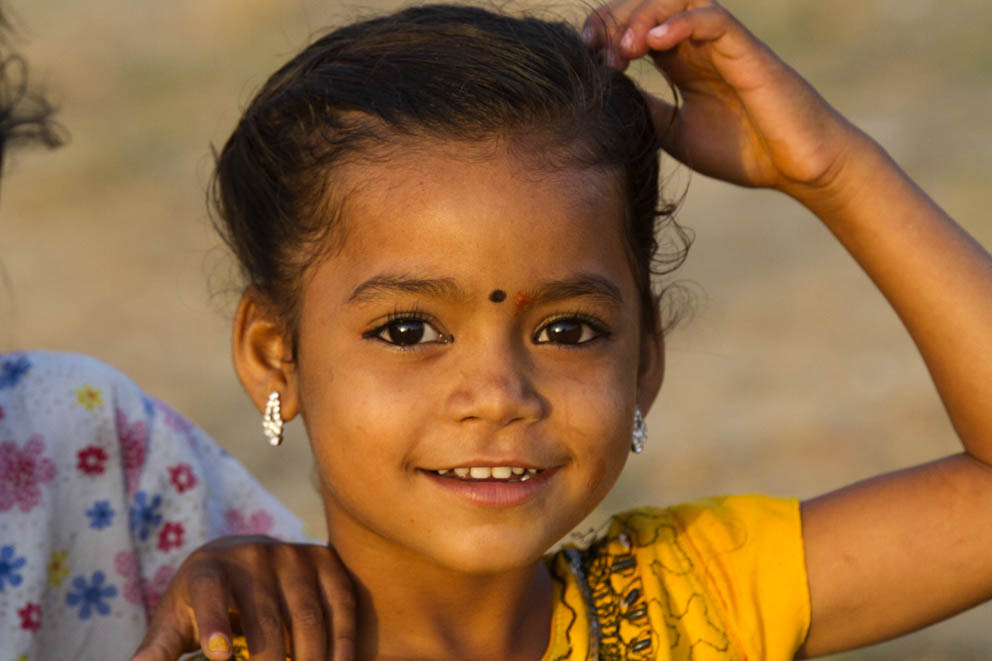 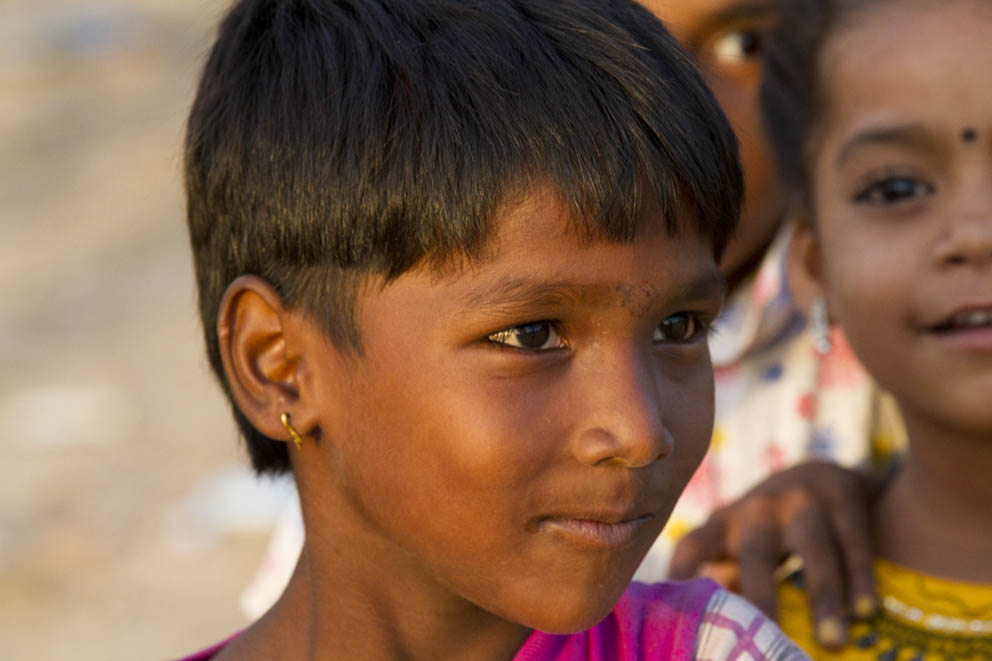 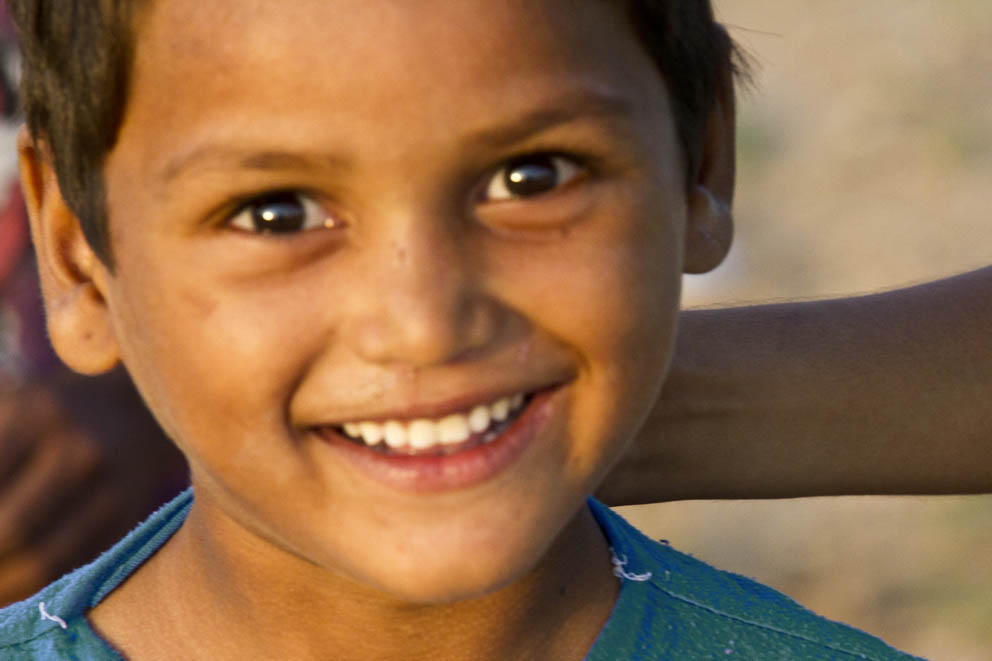 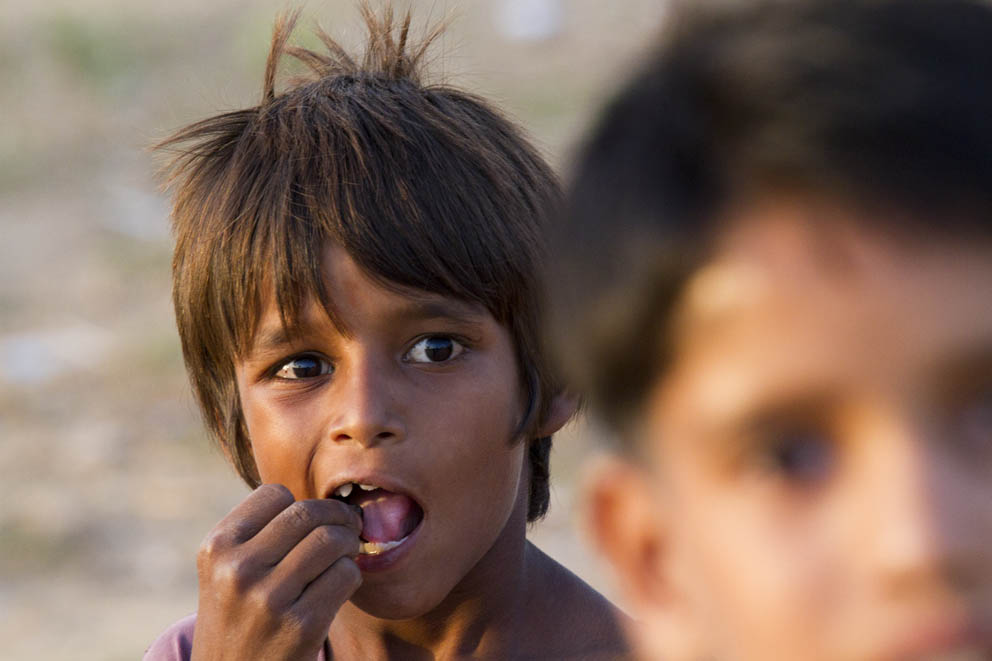 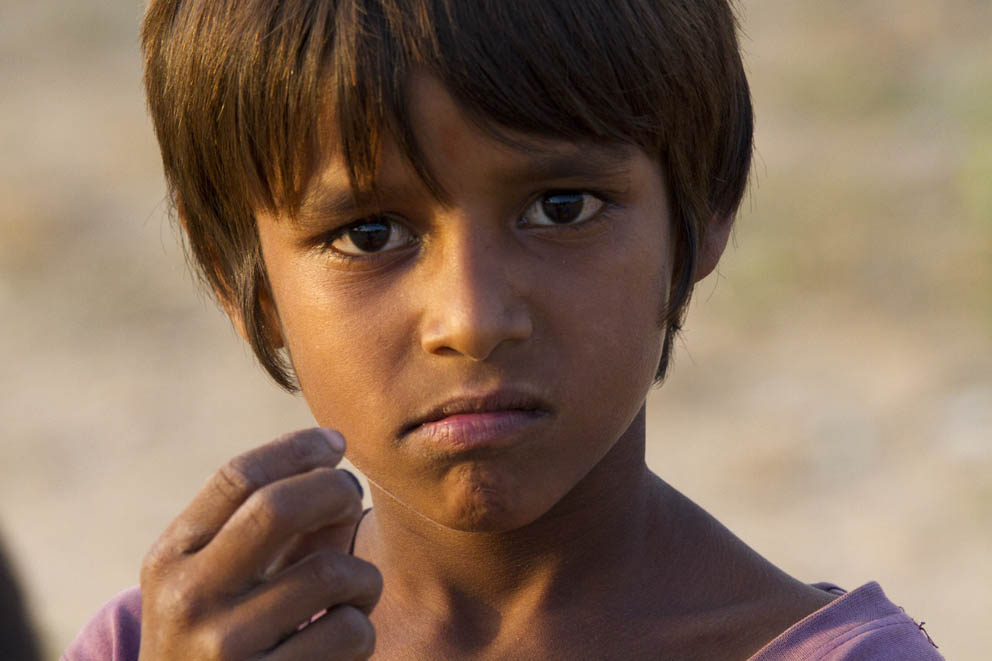 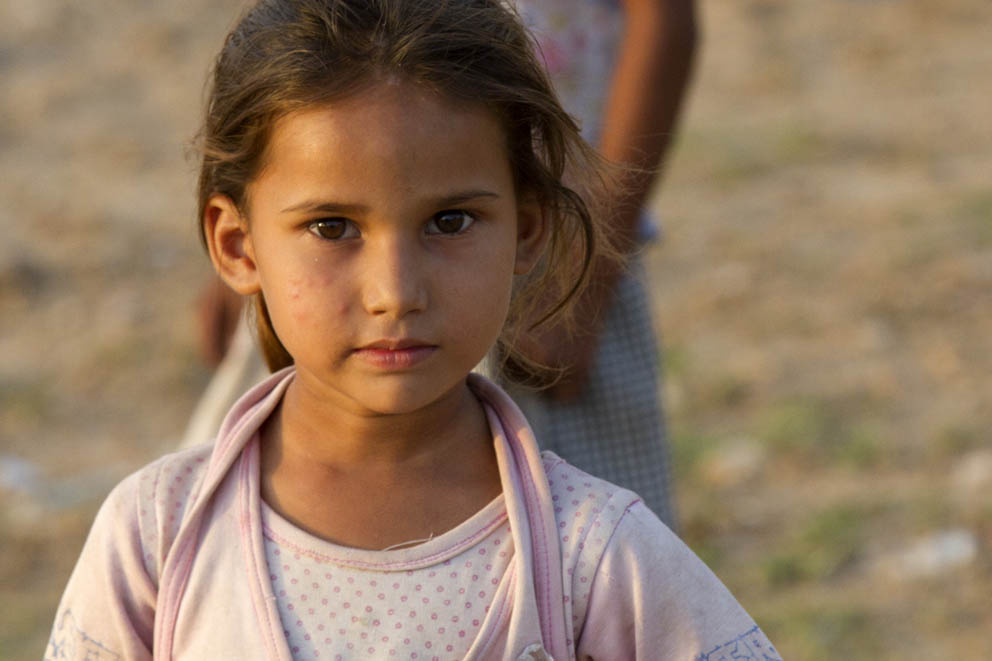 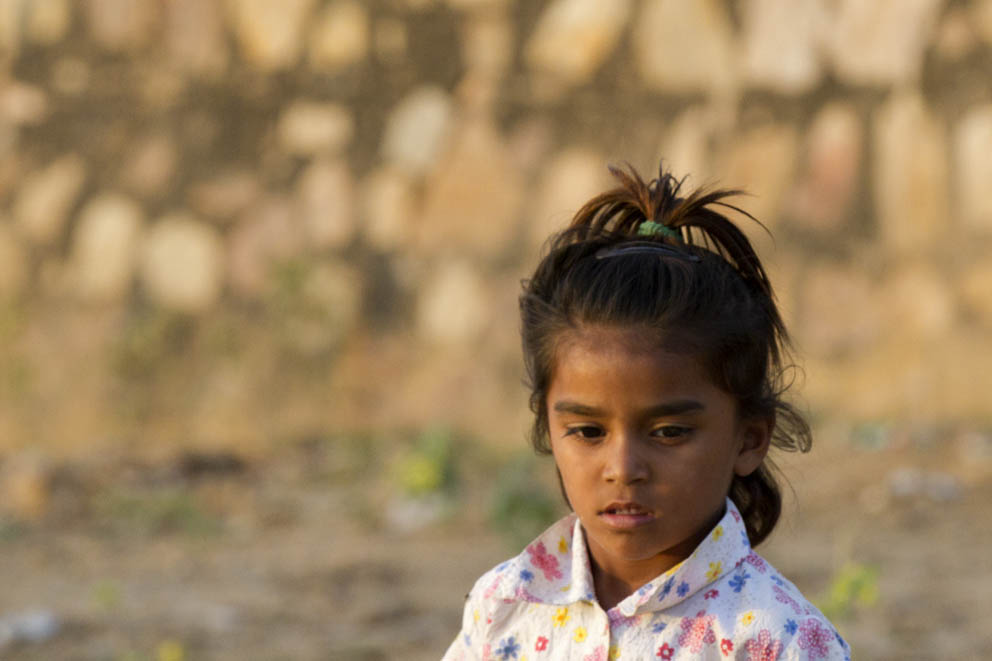 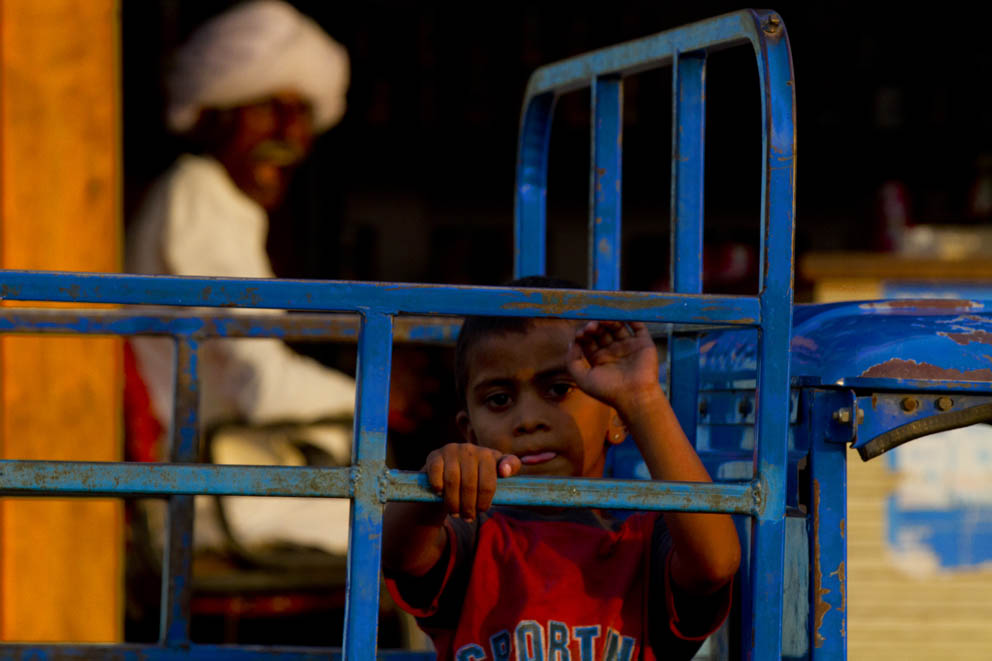 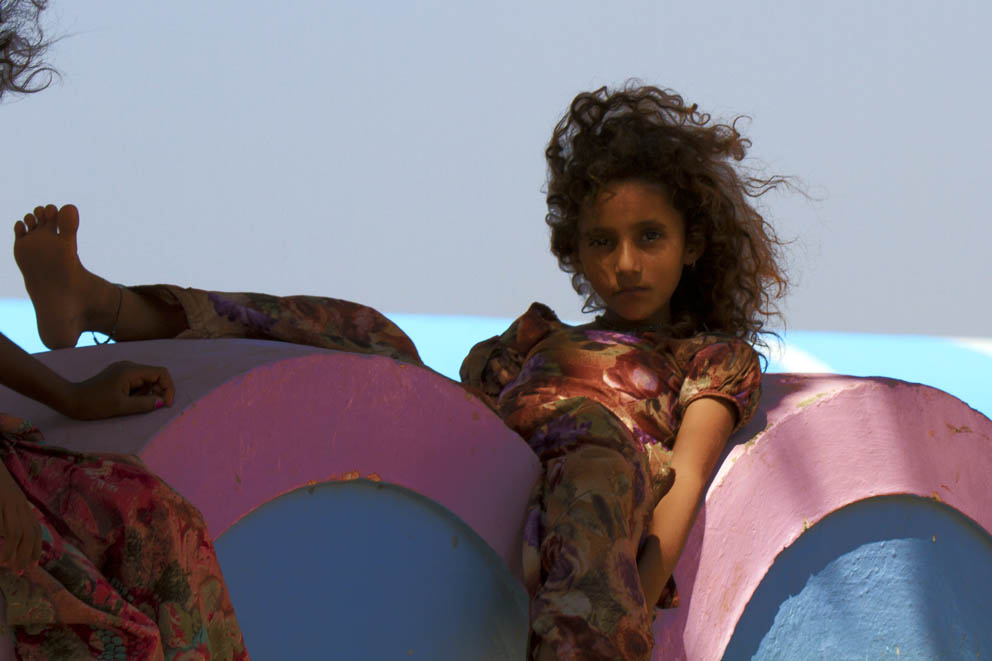 One Reply to “Romany children of Pushkar”