A friend asked my thoughts on the allegations of Russia having hacked the US election. I’ve no inside knowledge but we’d have to be super credulous to accept them purely on FBI/CIA say-so. For one thing, no other other state is so brazenly weird in projecting its own sociopathies onto those that stand in its way. This after all is the state that overthrew Yanukovych to install a semi fascist regime in Kiev; Zelaya to aid a military coup in Honduras: the state we know, from an Ed Snowden Obama wanted locked up with key thrown away, to have spied on Chancellor Merkel and other ‘allies’. (These being specimen charges. A fuller list is given in the previous post.) For another, US moves in Syria and Ukraine, and the express view of elements within its Deep State that a nuclear war can be won, betray a waning empire determined to ‘contain’ Russia.

I’ve noted this before but it’ll stand repeating. Too many of the left/liberal intelligentia fail to grasp the true extent of Washington’s global menace. Ditto its capacity to sell us on its smoke and mirror demonisations. That’s because other western states, especially Britain, have traded independence in foreign policy for favoured status. And because most of us were raised on a cultural diet of America as shining force for good in this Vale of Tears. Don’t underestimate the grip on our largely unconscious – and latently orientalist – worldviews accruing from decades of soft propaganda on our screens. As Asch, Milgram, Janis and Zimbardo showed in elegantly revelatory studies and experiments, most of us have an exaggerated idea of our independence of thought: never more so than when obliged to choose between objective but unpopular fact, and subjective but mainstream impression.

But accurate or not, and in any case insultingly hypocritical, the Russiagate allegations do keep Trump on the back foot. The man may have been sane enough not to want war with Russia but he surely underestimated, as populists will, the matter’s centrality to deep state thinking. Hence the pressure it would bring to bear.

In my letter to America last August, with Clinton very much the odds-on favourite, I wrote:

My worry concerns Russia, where the frighteningly maverick and philistine Trump looks the saner of the two front runners. I’m no fan of Reagan but will give him this: he thought the cold war ended with the fall of the USSR. Some of his key advisors – Russia experts like Stephen Cohen, and US Treasury Secretary Paul Craig Roberts – thought so too. Both were appalled by what they (naively in my view) saw as lost opportunities for rapprochement .. These began when the Clintons .. took advantage of Russia’s post USSR weakness and Yeltsin’s buffoonery to push NATO eastwards (breaking its promises not to ‘advance an inch’) in a manner the USA would not for a moment tolerate near its own doorstep. That push continued under Dubya with HRC’s vociferous approval. And it was HRC who fast-tracked Victoria “fuck the EU” Nuland, a key mover in the Maidan coup that ousted Yanukovych in the name of – what else? – democracy, a claim flatly contradicted by the fascist make up of Ukraine’s current regime.

NATO, which is Washington, is playing an insanely dangerous game on and close to the borders of a nuclear power. For all his bluster, Trump looks on this matter the more statesmanlike with his willingness to get real and talk to Putin.

I stopped well short of suggesting Americans vote for this rightwing populist, but was having none of the ‘Hillary as lesser evil’ claims by too many who should have known better. Trump’s stated views on Syria, Russia and ISIS – contrasting with HRC’s espousal of a No Fly Zone whose logic would have taken us to the brink – were one reason, setting him apart in word if not deed from Clinton’s proven eagerness to rain death and subvert elected governance across the globe. I worried though that Trump had neither the personal qualities nor political capital to deliver. I worried too that any rapprochement with Russia would come at cost of deteriorating relations with a China poised to challenge dollar hegemony through a gold-backed renminbi.

Since Trump moved into the Oval Office we have seen cruise missile strikes on Syria: a punishment decreed and delivered by Washington for a Damascus ‘crime’ we’ve seen not a shred of evidence for. Last week American forces operating illegally in Syrian airspace, though you wouldn’t know that from reading the Guardian, downed a Syrian jet. Russia is in the country lawfully, another fact not featuring prominently in liberal media coverage, so these acts, setting aside their 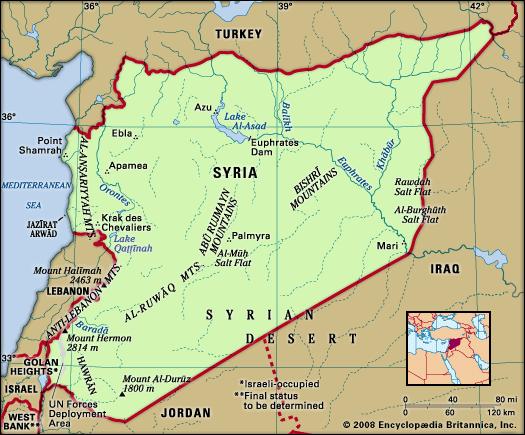 morality, are dangerous provocations. To date Russia’s response has been measured but its patience can’t last for ever when (a) that patience is read by Washington hawks as weakness and (b) Putin, Medvedev, Lavrov et al have their own public to answer to. A public mindful of humiliating concessions made when the buffoon – in this case Boris (what’s in a name?) Yeltsin – sat in the Kremlin, not in the White House. Moscow has now served notice that any invading aircraft west of the Euphrates will be tracked and ‘all necessary measures taken’. Scary, but one for another day.

Meanwhile, the real point of the Russia hacking claims is that the American ruling class, having failed unexpectedly to get Clinton II elected, is engaged in a damage limitation exercise. Bent on facing down Russia (assuming Beijing and Moscow allow themselves to be so transparently divided) that ruling class is doing all in its power to reverse its upset of November 9.

In sum, the hacking charges may or may not have substance but of more importance, given that Washington leads the world on dirty tricks, is the agenda they serve.