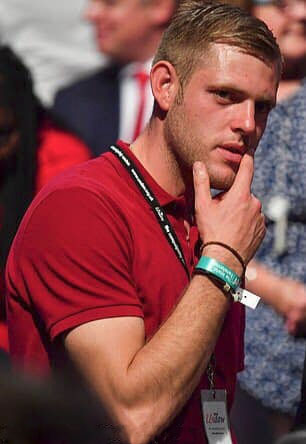 As a marxist I have my criticisms of the Corbyn phenomenon, and of the illusion that our ruling class would ever permit socialism via the parliamentary route. Even when calling for a Labour vote I’ve been clear about that.

But never have I doubted the courage, dignity and principled nature of this man. So let’s not forget the human element in all this. Cue for me to hand over to Jeremy’s son, Ben:

I hope my kids (Never) feel anything like this for me. ‘Last night hurt, today hurts a bit more, tomorrow it will hurt even more.

Jeremy has dedicated each day of his political life for the less fortunate amongst us. Unwaveringly, he has fought and campaigned for people who suffer and people in hardship.

Being honest, humble and good-natured in the poisonous world of politics has meant that he has endured the most despicable attacks filled with hatred for the duration of his 36 years in public life.

In his 31 years as an MP preceding his leadership he supported each campaign for peace and justice wherever it was in the world and however difficult or unpopular at the time. As Labour leader, he continued to do so. He also produced the most wonderful manifesto this country has ever seen. He took on an entire establishment.

This meant that the attacks from all sides intensified and became even more poisonous while he was the leader. We’ve never known a politician to be smeared and vilified so much.

His unbelievably broad shoulders and incredibly thick skin endured all of this so that we could all live in the hope of a world free of racism or hunger. The man led with strength difficult to quantify.

Not only have his messages been inspirational but he has delivered them with honesty, humility, dignity and above all, love. The polar opposite of how his opponents delivered theirs. As we are so used to seeing, the politics of division and the message of hatred prevailed.

To say we are proud is a vast understatement. To assume that the ideologies he stands for are now outdated is so wrong. In the coming years, we will see that they are more important than ever.

Thank you to every person who saw his vision and supported it and supported him. From the three proudest sons on the planet, please continue the fight.

4 Replies to “All the best mate, from your son”