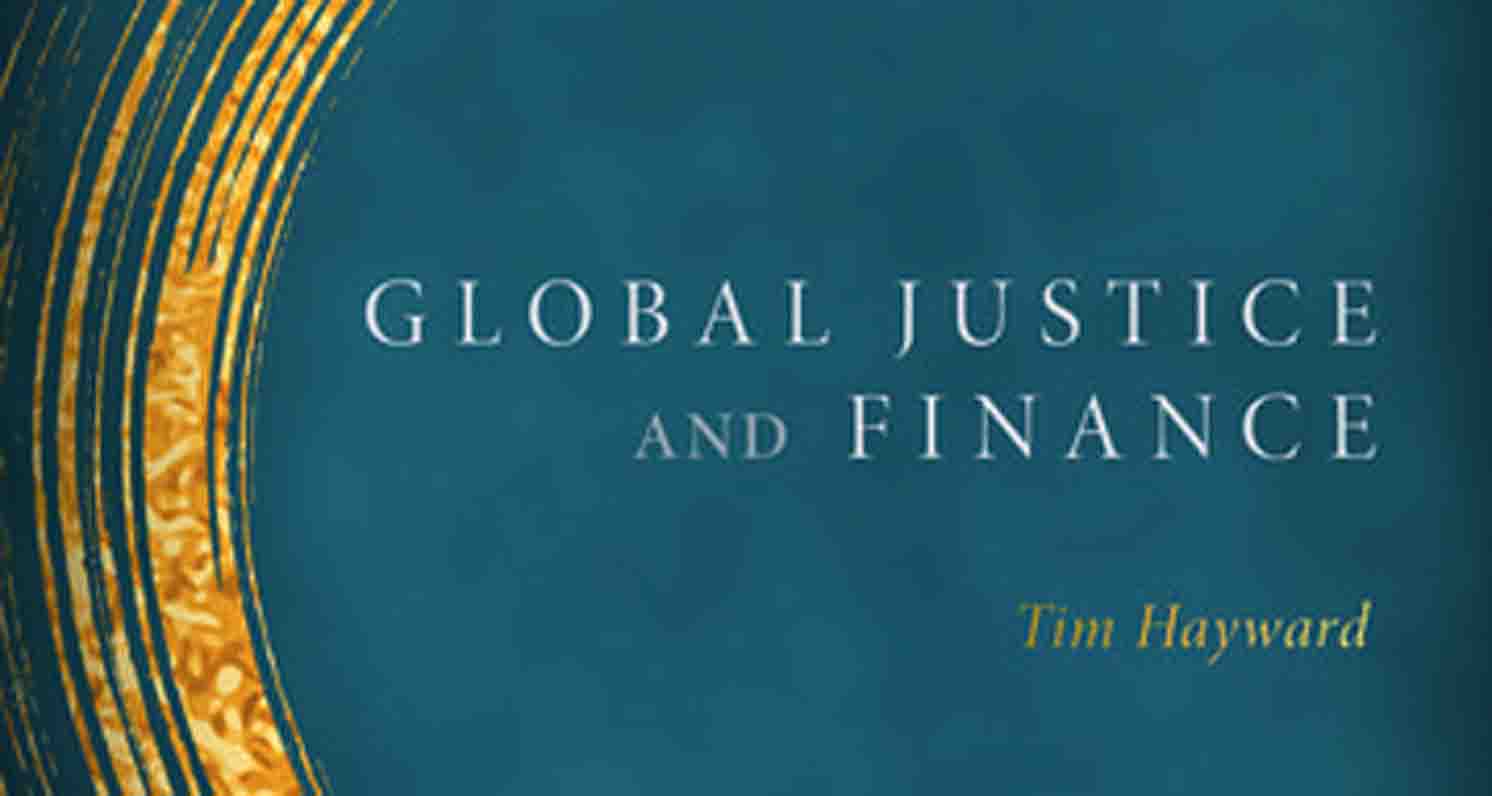 Paleontologists tell us homo sapiens sapiens has walked the earth for 140,000 years, 130,000 of them as hunter gatherers. Social animals, poorly equipped for solo survival, we foraged in small bands. Any surplus wealth beyond that required for immediate survival would be windfall and not to be relied on. Then, some 10,000 years ago, we learned to farm. Greater land yields now generated dependable surpluses to allow rising populations and ever finer divisions of labour.

And class society. Post neolithic societies – slave based, feudal, Asiatic – featured a ruling class whose monopoly ownership of some essential of wealth creation1 saw it taking the lion’s share of the surplus in tangible form, overtly and after it had been produced.

Capitalism by contrast extracts surplus wealth in abstract form, invisibly at point of production.2 How? By exploiting the unique capacity of human labour power, now a commodity in a system of generalised commodity production, to create exchange values greater than its own.3 Hence Marx’s opposition to “vulgar socialists” like J.S. Mill, who took capitalism’s most glaring defect – opulence for the few; insecurity and destitution for the many – at face value as a problem of unfair distribution to be redressed by more equitable slicing of the cake.

Without altering the manner of its baking.

Without altering, that is, the social relations embedded in a mode of wealth creation premised on one class owning the means of production, and taking its cut of surplus wealth in the hidden form of surplus labour power to be valorised in the markets as profit, while a much larger class is obliged by those same markets to sell its labour power to the first group.

Or to institutions and agencies which, with varying degrees of transparency, serve a status quo whose parameters and functions are ultimately determined by the needs of that first group.4

At first blush the thrust of this invaluable new book – its primary focus the immense disparities of wealth between global north and south (its secondary focus burgeoning threats to earth’s capacity to sustain human and other forms of life) – would appear to align it with Mill not Marx.

Apparently taking those disparities as cause rather than symptom5 of capitalism’s fundamental and chaotic inequity, author Tim Hayward announces in the opening chapter that his:

central line of inquiry … addresses the basic assumption that provided financial flows are directed aright, they can make a beneficial contribution to the achievement of any goals that can, in principle, be achieved with money. For the inquiry turns on the difference between what in principle money might be thought capable of achieving and … the real conditions of its [doing so].

Put like that, the book’s mission would appear to be the highlighting of obstacles to the worthy end of modestly redistributing wealth through some form or other of north-south cash transfer.

But here Professor Hayward is teasing us, seriously underselling a book delivering more than is promised in those words. Exploring that difference between what we think money can do, and the realities of its quintessential natures – note the plural form – turns out, as we read on, to be nothing short of a radical critique of capitalism as it really exists, as opposed to what common sense understandings would have us believe it to be.

A key reason for the mismatch, it also turns out, being that money is for most of us a medium of exchange, by which we trade our labour power for the means of purchasing life’s essentials and luxuries. In the macroeconomy of a financialised world, however, money serves other ends.6

Global Justice & Finance seldom invokes Marx, and only occasionally cites Marxist economists like Sweezy. And despite the line of enquiry, it reserves usage of the word ‘imperialism’ for its penultimate chapter, and then but fleetingly. Yet its questioning of what money might achieve, and the real conditions of doing so, assembles in meticulous detail as damning an indictment of capitalism in an imperialised world as ever was made in more overtly Marxist critiques.

Science has two interrelated duties. One is to penetrate surface appearances and “common sense” understandings to uncover deeper realities. The other is to show why those uncovered realities take the surface forms they do. On both counts this book acquits itself admirably. Its indictment of capitalism in an imperialised world is so thorough as to make vanishingly small, for all practical purposes, the gap between those who locate its many insanities in its relations of production, and those who locate them in its relations of distribution.

(An outcome unsurprising to those who view financialisation as advanced capitalism returning surplus labour – extracted at point of producing goods and services but valorised, recycled and leveraged in markets so dizzyingly out of control that not even those ‘masters of the universe’ understand their micro workings – not to some gruff mill owner in Dacca but, in ratios set by capital sums deployed, within an increasingly internationalised ruling class at large.7)

On the matter of things not being as they seem, pervading this book is the reality that personal experience, and intuitive understandings derived from it, are woefully unreliable guides to the nature of money. In particular, quantity changes quality. Take the fact, seemingly unremarkable and seemingly scaleable, that I can make a huge difference to a family in Africa by transferring what is to me a relatively trifling twenty dollars a month via Western Union.

How so? Twenty bucks could make no “huge” difference to a family in the global north, however poor the family. That the buying power – aka leverage, aka marginal utility – of dollar, pound or euro is greater in Ethiopia or Nigeria than Holland or France is an implicit premise of ‘effective altruism’:

The proposal of Peter Singer and ‘effective altruists’ … is that by earning as much as they can, people in affluent parts of the world donate a portion of their income to effective charities, and thereby the problems of severe global poverty can be eliminated.

But if that premise is made explicit, the question is begged: what makes the buying power of a dollar so much greater in the global south? Mainstream economics, as noted in footnote 3, is at pains to dismiss all notion of value premised on embedded labour. From this perspective, one of frantic realpolitik, institutions like the IMF insist – for reasons set out in the lucid discussions of arbitrage in John Smith’s excellent Imperialism in the Twenty-first Century – that currency convergence is only a matter of time.

Yet the stubborn facts, in our age of big data and the power to crunch it, show convergence to be a receding rather than advancing prospect. Which steers us towards a corollary half hidden. ‘Effective altruism’ touts a remedy, for grotesque and geographically skewed inequality, whose efficacy – shown in any case by Hayward to be dubious or even toxic – itself derives from those deeper injustices of which currency divergence is one symptom.

Can the poverty of hundreds of millions, and destitution of tens of millions, be eliminated or at least eased by scaling up lone acts of altruism? The answer from Global Justice and Finance is a quiet but firmly reverberating “no”, echoing back from every dead end and false promise of the moral and practical maze it explores.

What’s more, in showing such notions of scaled up altruism to be naive, at times dangerously so, to the workings of capital, Hayward leads us inexorably, almost innocently, to the truth of global injustice and looming environmental catastrophe beyond the reach of all but the most radical measures.

Measures too radical for acceptance, you might conclude – I couldn’t possibly comment – given the relations of class and power currently prevailing.

Which leads me to what some may view as the achilles heel of Tim Hayward’s – I’ll say it again – invaluable book. Toward its close, in chapter ten of twelve, we are told:

A more just world order would depend on the creation of institutions. There are very practical questions about how exactly those institutions might be brought into existence and by whom that cannot be settled simply by … philosophical thought; there are also questions of institutional design that require attention to numerous and momentous contingencies, and most of these would not be appropriately addressed as questions for a political philosopher, either. Where political philosophy has a distinct contribution to offer is in seeking to make clear and explicit the most fundamental constitutional principles that a just world order would depend on. In terms of substantive values, this book is premised on the thought that these principles fundamentally aim at achieving social justice and ecological sustainability; the objectives to these ends can nowadays be regarded as codified in the language of human rights as it has developed these past seventy years to refer to the basic norms of conduct human beings have affirmed in international treaties and other agreements. If human rights norms are currently honoured as much in the breach as in the observance, and even sometimes cynically instrumentalized—by states and other actors internationally—we can still endorse in good faith the goal of implementing their humane normative substance.

Well, my inner cynic responds, we can “make clear and explicit the … constitutional principles a just world order would depend on” till the cows come home. It won’t change a damn thing, as a man of Hayward’s intelligence and erudition knows only too well.

(Though I applaud that “cynically instrumentalised” allusion to imperialism’s barefaced dressing up of murder and wholesale larceny in the cloak of humanitarianism. Tim Hayward, in case you didn’t know, is a consistent and courageous critic of said murder and larceny, most notably in Syria, on which his stance has drawn all the ire, derision and opprobrium reserved by corporate media for “Assad apologists”.)

Nevertheless it is expected that authors of academic books – there’s a clue to its status as such in a £60 price tag – find a ray of light in even the longest and darkest tunnel. And it’s not as if I have a better plan up my own sleeve. I never did see the logic in insisting that, with no solution, we’ve no business articulating the problem.

It’s not for me then to criticise this book on that score. As Gramsci said, when that which must happen cannot happen, we are in the age of monsters. It is to Tim Hayward’s great credit that he paints so thorough and accurate a picture of the monsters.