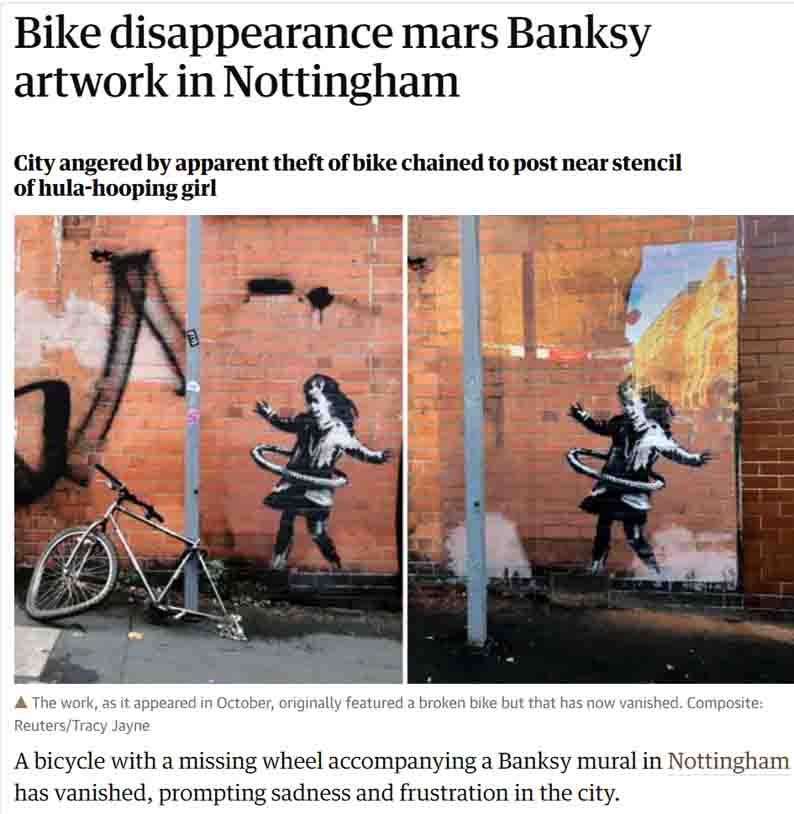 Nottingham is in mourning. Millions of the city’s culturalatti awoke this morning sickened and saddened by news that a bicycle of single buckled wheel, chained to a street sign outside a nail bar on the corner of Ilkeston Road and Rothesay Avenue, and by that fact the property – under common law, custom and practice – not just of lace city locals but of art lovers the world over, has been stolen.

As in nicked, swiped, made off with. As in purloined, pilfered, taken back into private ownership.

Ask not for whom its bell rang. It rang for thee.

Bike theft is commonplace, a damning indictment of our no-such-thing-as-society society. But this was not your common or garden cycle snatch. Gone but not forgotten, this was THE bike: inspiration – you heard it first on this site – for the elusive Banksy, who just weeks ago found himself passing through this rundown part of town – textbook terrain for the pavement politico – sometime after midnight but before an otherwise nondescript October dawn.

The hit and run artist was moved to decorate the adjacent brickwork with one of his legendary images. In the heady weeks to follow, community police officers had to be pulled from other duties to act as marshals and impromptu art boffins to the throngs now flocking to pay homage and pose for selfies in a neck of the woods they wouldn’t ordinarily be seen dead in. 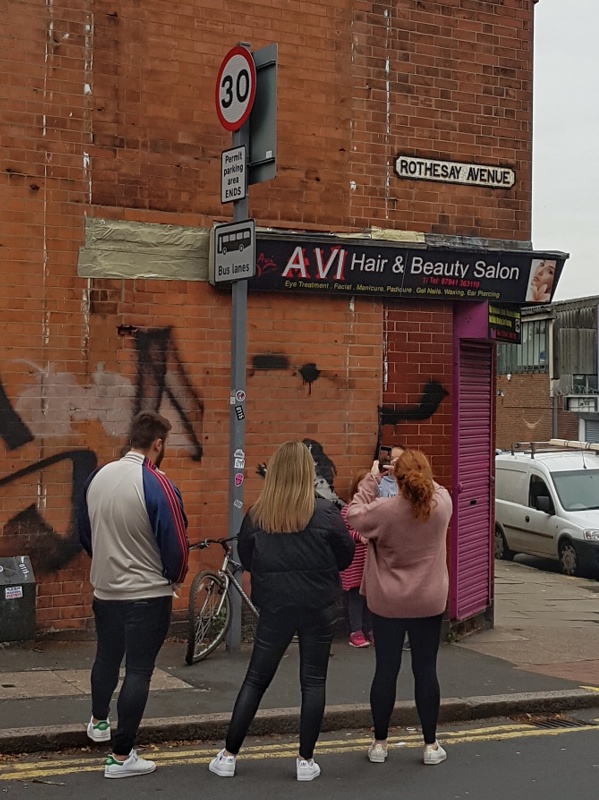 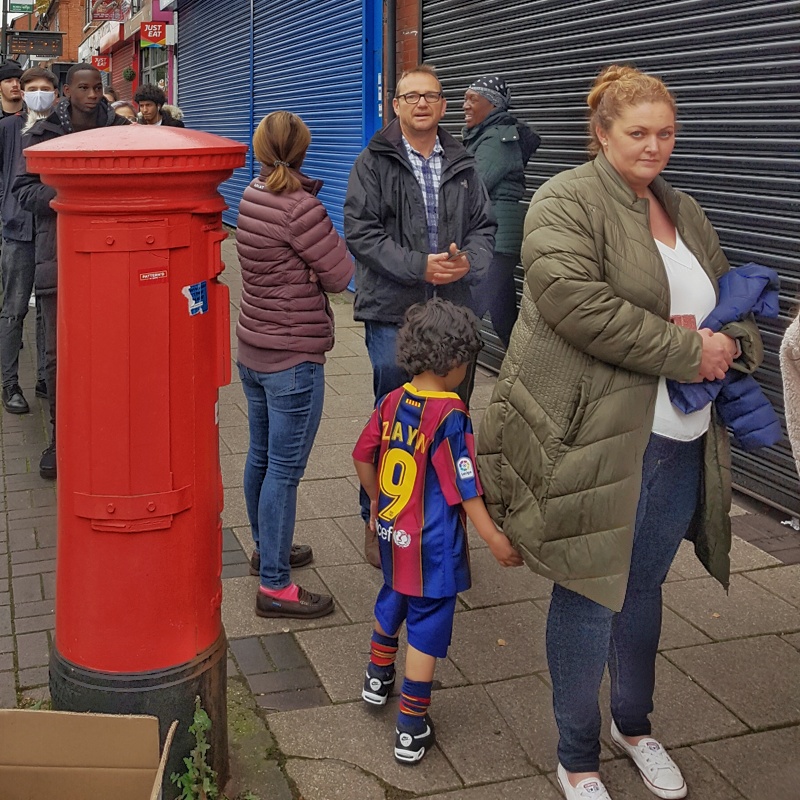 We can draw bleak comfort from the fact the perps, hard core crims who’ll stop at nothing to satiate their love of evil and lust for notoriety, lacked time and/or tools to demolish the nail bar itself for reassembly at leisure, complete with Banksy, in their depraved hideaway.

Somebody must have seen something. We at Steel City House urge them to come forward with whatever information they may have, however seemingly insignificant. Until these cyclepaths are brought to book they may, like Banksy himself but with less laudable intent, strike at any time without warning. 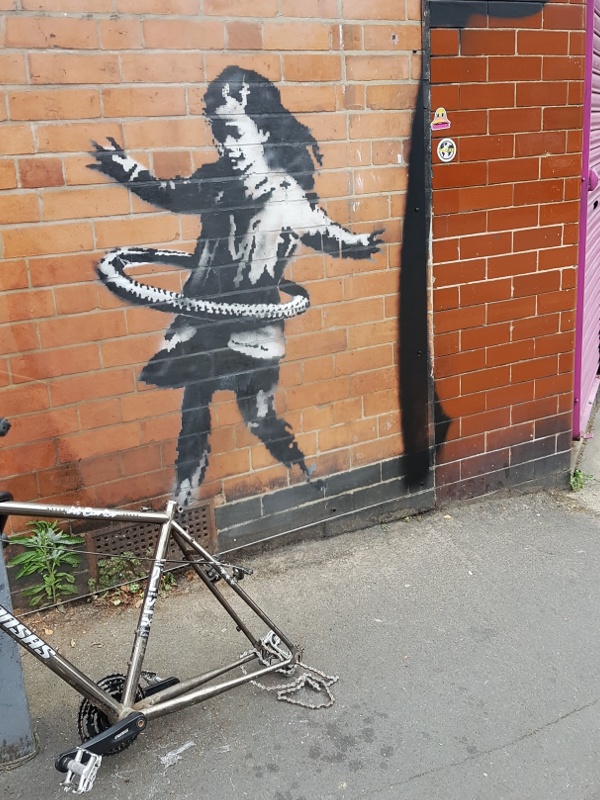 Update at 18:30 – the BBC reports that the bike was not stolen but “removed for safekeeping”. Full story here.