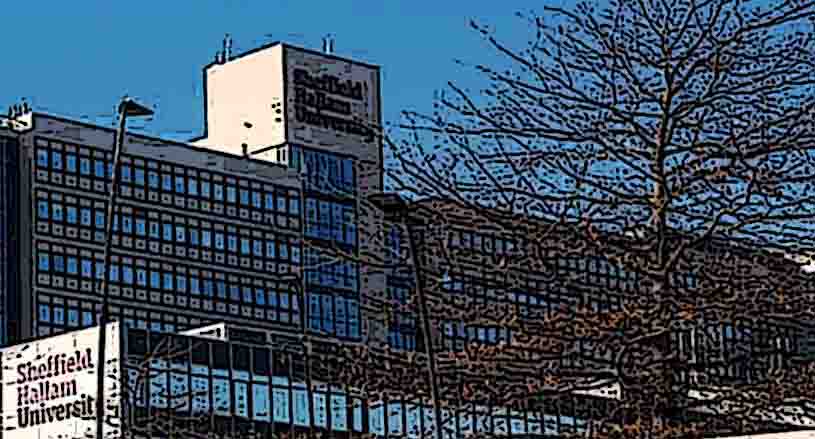 As summarised in Roddis v Sheffield Hallam Part 8 – and more briefly in Part 9 – it had been found in March 2018 that, for the purposes of a claim under the Part-time Workers (Prevention of less favourable treatment) Regulations 2000, I had been employed under the same type of contract as my full time comparator. In May 2019 it was further found that we’d done broadly similar work.

We had cleared the two hurdles set by the Regulations. After seventy-eight months, half of that delay due to Justice Minister Chris Grayling’s unlawful Tribunal fees, all procedural impediments to my claims being Heard had withered and perished. At long last the focus had switched, in the summer of 2019, to just what it was that I was claiming.

Now I’d have my day in court, right? Er, not so fast. To the lentissimo theme music of a justice system no better funded than the rest of what’s left of Britain’s public sector – further slowed by covid lock-down – the pre-Hearing wrangling now hung on two questions:

(And lose I did. As told in Roddis v Sheffield Hallam Part 9, my case died in August 2014 when Judge Robert Little found my contract to be of a different type to my comparator’s. That it rose from the tomb forty-three months later has something of the New Testament about it.)

But now the boot was to some extent on the other foot. I could lose on the first question – had I sneaked in new stuff? – yet still win on the second: that in 2022 SHU would be no less able to defend itself against this “new stuff” – reliant on written records, not the fading memories of witnesses – than it would have been in 2012.

For SHU it was different. Losing on either would not kill its resistance to my claim, but would end its attempt to prevent the holiday and pro rata issues – valued at some £23,000 – being heard alongside all the other issues.

Spoiler alert. We did lose on the first test but won the second after a 9/11/21 nail-biter that had both me and staunch ally Kaye Carl fearing the worst. If all you wanted was the score at final whistle on this latest round in a tale to rival Jarndyce v Jarndyce, I need detain you no further.

Still with me? Great. In 2019 Judge O’Neill – who’d found for me on broadly similar – ordered further and better particulars of my claim. These were set out by Thompsons, the UCU solicitors who’d been acting on my behalf since March the previous year. They contained this:

4. The Claimant contends that he has been treated less favourably or subjected to a detriment on grounds of his part time status in comparison to Mark Leader as follows:

4.2 The Claimant was paid on an hourly basis. In comparison, as a full time lecturer, Mark Leader was paid on an annual salary. In paying the Claimant on an hourly basis the Respondent breached the pro rata principle under regulation 5(3) PTWR. In accordance with the pro rata principle where a comparable full-time worker is in receipt of pay, a part-time worker should not receive less than the proportion of that pay than the amount of weekly hours they work in comparison to their full time comparator. As a result of being paid hourly the Claimant received less pay than he would have had he been paid as a proportion of the annual salary received by full time lecturers. The details are set out in the Claimant’s schedule of loss dated 7th June 20I9.

4.3 Unlike Mark Leader, the Claimant’s hourly paid salary required the Claimant to submit specific claims for the work carried out, This sometimes led to delay and time spent chasing payment. Mr Leader did not have to endure such a situation resulting in delayed payments.

4.4 Full time lecturers are annually appraised by managers and have personal development plans agreed. In comparison the Claimant did not receive any such appraisals nor any form of development.

4.5 As set out at 4.1 above, under Clause 6 of the Claimant’s contract, the Respondent was not under any obligation to provide him with work or to provide a minimum number of hours. ln the academic year 2012-13, after seven years of continuous teaching on it, the Professionalism & Communications Skills (PSC) module was removed from the Claimant in order to provide teaching hours to full time lecturers who did not have their full load of 462 teaching hours. The work was removed from the Claimant arbitrarily in pursuant to Clause 6 of his contract of employment in favour of full time lecturers. Other work was also removed from him. The work was removed in September-November 20I2. This resulted in a significant drop in the Claimant’s income. In comparison, the Respondent did not arbitrarily remove work from Mr Leader, as full time lecturer. There was no such contractual term in Mr Leader’s contract which allowed the Respondent to remove work from him in this arbitrary fashion, which would result in a reduction of salary.

SHU cried foul. Clauses 4.2 and 4.6, it said, were not simply a more legally honed version of my amateurish efforts back in the early days when I lacked legal representation. Rather, it insisted, they housed new allegations. Here, in abridged form, are those clauses again:

4.2 SHU breached the pro rata principle, under Regulation 5(3), that a part-time worker should receive payment proportionate to that of their full time comparator. As a result of being paid hourly I received less than this.

4.6 Under Clause 7 of my contract, I was not entitled to paid bank holidays, nor pay over the Christmas and Easter vacations. My comparator was.

The eagle-eyed will note that these two particulars differ from the others in that, if upheld, my detriment will be quantifiable, via payroll records, to the last penny.

The eagle-eyed and quick of brain will further note the wider ramifications. If upheld, some 800 other zero hours academics at SHU – and tens of thousands in the sector at large – would be reaching for their calculators and, in many cases, belatedly realising that eschewing UCU is not just selfish but plain stupid.

(Which may shed light on the announcement, by SHU UCU rep Bob Jeffreys, depicted in Roddis v Sheffield Hallam Part 9 …)

Again: the first test was whether my “further and better particulars” contained new allegations. The second was whether, if it was ruled that they did, they should be allowed. Both were Heard in Sheffield on July 23, 2019.

Employment Judge Jeremy Shulman presided, and found against us. His reasons, which took forever to obtain in writing, struck us as odd. My barrister Tom Brown (I’ve stopped making silly jokes about his schooldays) wrote our appeal, with this the crucial bit:

The grounds on which this appeal is brought are that the Employment Tribunal erred in law in:

(2) Concluding, perversely, that paragraphs 4.2 and 4.6 were not merely further and better particulars of the claimant’s pleaded claim;

(3) Refusing permission to amend the claim to include the matters at paragraphs 4.2 and 4.6 of the Claimant’s FBPS on the ground that they were new matters (rather than, as the Employment Judge should have done, by taking into account all relevant matters and balancing the injustice and hardship of refusing or allowing the amendment); alternatively

(4) Perversely refusing permission to amend the claim to include the matters at paragraphs 4.2 and 4.6 of the Claimant’s FBPs.

That appeal was decided in a video Hearing on February 4, 2021, by Judge Matthew Gullick, who found against us on grounds 1, 2 and 4 but for us on ground 3. The reasons are detailed but not indecipherable. Even laypersons may find it useful to take a peek at how finely mooted these deliberations can get.

At first blush the Gullick ruling put me at the wrong end of a three-one caning. But as we were to learn nine months and four days later, on the 9th of this month, winning on ground 3 would prove more than enough.

Roddis v Sheffield Hallam 11 will appear later this week, and bring the story up to date.