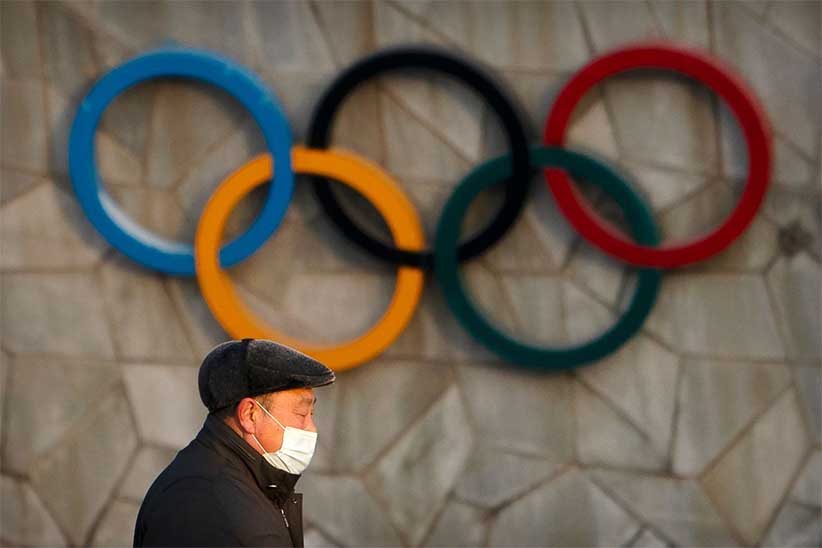 A blistering piece appeared yesterday on the World Socialist Website. For once it eschews the “China is no better” trope so often marring WSWS analyses. And for once it doesn’t do that rabbit-from-a-hat trick, in the final or penultimate paragraph, of calling for the workers of the world to unite to overthrow the criminals who rule it.

(Not that I’m against that, mind. Just that it’s about as imminent as the Second Coming of Elvis, and calls for it – as a solution to all and any specific crises – a form of dithering, dressed up as stern realism, which ducks hard choices in the here and now. “Neither Washington nor Beijing but international socialism” is akin to that cowardly SWP strapline in the cold war era: “Neither Washington nor Moscow”  – a moral equivalence scarcely less specious, all things considered, than “Neither the Nazi nor the Jew”…)

The US boycott of the Beijing Olympics: A murderous state speaks of “human rights”

On Monday, the Biden administration announced that the United States would be staging a diplomatic boycott of the Winter Olympics scheduled to open in Beijing in February to protest China’s “human rights violations.” This means that while American athletes will compete, there will be no official US delegation, a truly provocative action on the part of Washington.

Washington’s claim of Beijing’s genocide of the ethnic Uyghur population of Xinjiang has been repeated so many times by the White House and American media that it is now widely treated as if it were as well established as basic arithmetical facts.

The word genocide correctly conveys a very concrete, historically-derived meaning. It is associated with the systematic extermination of defenseless populations and conveys images of industrialized mass killing, most notoriously the Holocaust. The Biden White House and American media bandy about this word without definition, insinuating that Beijing is engaged in crimes of Hitlerian proportions.

The Biden White House is recycling the baseless charges made by Mike Pompeo, Secretary of State for the Trump administration. If one digs deep enough, one will find the White House’s claim: That the mass internment and restrictions on religious behavior of the minority Muslim Uyghur population, in themselves largely unsubstantiated allegations, amount to an attempt to eradicate Uyghur culture. This was termed “cultural genocide.”

To make a false allegation of genocide is itself a political crime. The immensity of the lie expresses the scale of criminal intent lurking behind it. Washington has a long history of invoking “human rights” to justify its imperialist aggression, but the official boycott of the Beijing Winter Olympics may well win the gold medal for hypocrisy. 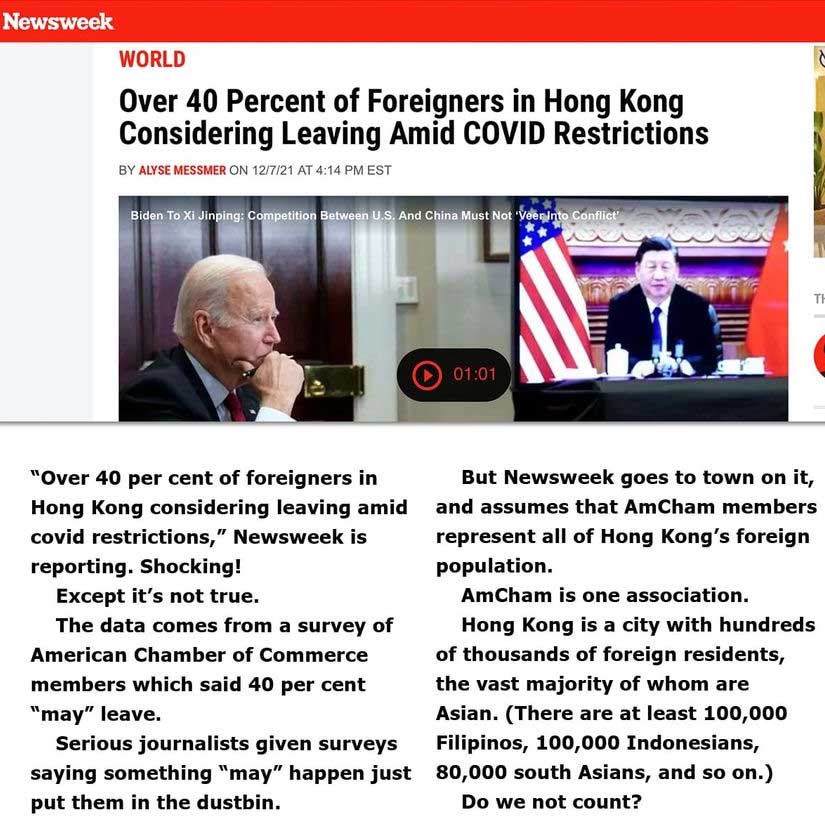 What, you want more? Thanks to a Latin America specialist I follow, Nino Pagliccio, for alerting me to this Carlos Martinez piece on how China Plays a Crucial Role Supporting Progress and Sovereignty in Latin America

The myth of China luring the global south into debt traps – actually an IMF/World Bank party trick – has been thoroughly debunked by highly respected US academics. It joins those other propaganda slurs, whose name is legion, where allegations blazed across the Western world’s media long outlive their decisive but muted rebuttal. Here’s a small but telling example.

Interesting, then, that the Martinez piece contains this:

Investment from the international financial institutions (most notably the IMF) has typically come with punishing conditions of privatisation, deregulation and fiscal austerity. China’s development loans come with no such strings attached. Gallagher 1 affirms that Chinese banks “do not impose policy conditionalities of any kind, in keeping with general foreign policy of nonintervention.”

That absence of neoliberal conditionality in Chinese bank loans to the global south, considered alongside the unexpected speed of China’s rise and Beijing’s markedly different relationship with its capitalists, 2 gives us the true reason for the tsunami of Sinophobic propaganda from Western media easily shown, if we only dig a little, to be far from independent on matters of central importance to the rentier elites who rule the West.

Finally, a reminder of why I keep going on about China. First, I welcome its rise for the reasons set out in this post. Second, the US-led response – dressed up as always in the increasingly transparent garb of humanitarian concern – is bringing WW3 ever closer.

I’m just doing my tiny bit to sound the alarm is all.