The mainstream view, sometimes conscious and explicit but usually unconscious and implicit, is that the West has the moral authority to lead the world. Five centuries of exploiting the global south say otherwise.

ONE nation is circling the planet with hundreds of military bases, waging endless wars that killed millions and displaced tens of millions in this century alone, and works to destroy any nation disobeying its dictates. That nation isn’t China. Unbelievable that this needs to be explained – Caitlin Johnstone 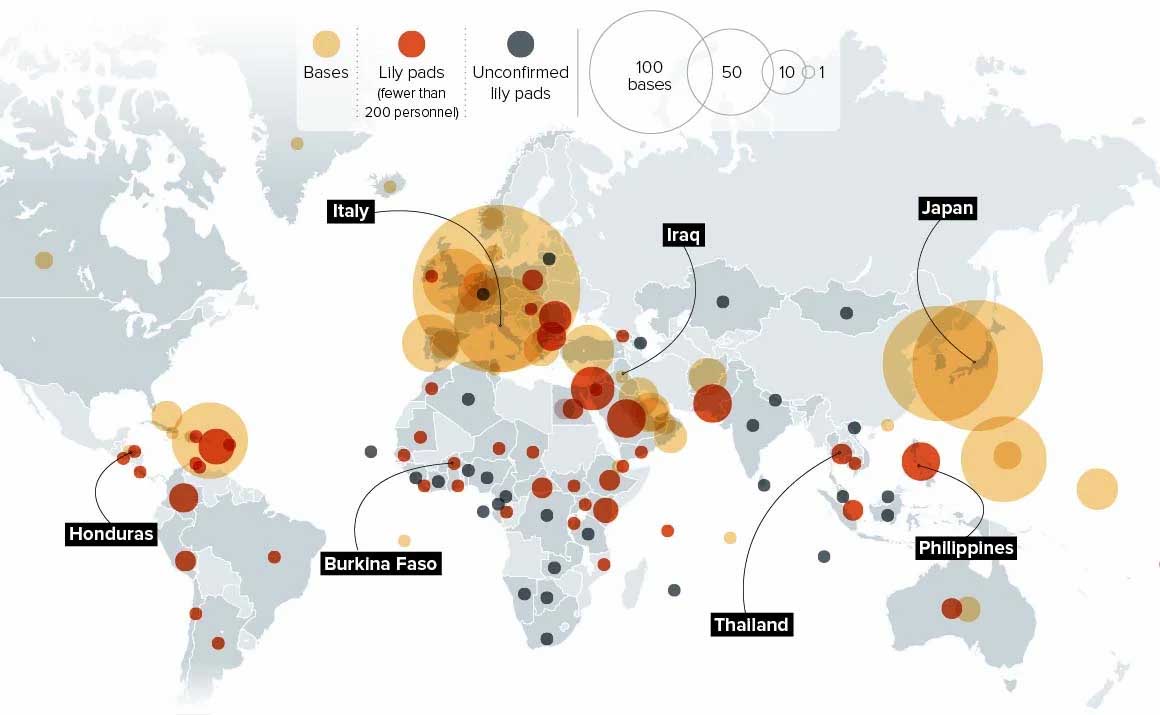 Related is the equally evidence-defiant view that ordinary Westerners are kept well informed by truly independent media. As explored here and here, this is not so. That most people believe it is so I put down to a narrow definition of ‘independence’ as freedom from state direction. 1 This definition is assiduously presented as the only one that matters, and is widely accepted as such, but it allows both oligarchic ownership and a 200 year old business model of ad dependency to evade scrutiny.

From these two misconceptions flows another: that “we have evidence”  is evidence.

This from Jake Johnson, writing three days ago, February 4th, in Common Dreams. 2

‘I Remember WMDs in Iraq’: Reporter Calls Out US Official on Russian Intel Claims

“You just come out and say this and expect us just to believe it without you showing a shred of evidence that it’s actually true,” said Associated Press reporter Matt Lee.

Veteran Associated Press reporter Matt Lee grilled a State Department spokesperson Thursday over the U.S. government’s refusal to provide direct evidence for its claim that Russia is planning to fabricate a mass casualty event as a pretext to invade Ukraine, an allegation that the Pentagon said is backed up by intelligence.

Lee said he has every reason to be skeptical of U.S. government assertions, given the lies that the Bush administration used to justify the invasion and occupation of Iraq.

After Price set out the US government allegations, Lee noted that Biden’s administration has “shown no evidence to confirm” the alleged plot. But Price insisted that the decision to go public with the false flag accusation constitutes, in and of itself, evidence that Russia is planning such an operation:

This is derived from information known to the U.S. government, intelligence information that we have declassified.

Okay, well, where is it? Where is this information?

To which the State Department spokesperson replied:

I just delivered it.

When Lee continued to press the matter, noting that “a series of allegations and statements” is not evidence, Price accused the longtime journalist of wanting “to find solace in information that the Russians are putting out.”

The exchange circulated rapidly on social media, with observers applauding Lee for his persistent and straightforward questioning and arguing that Price’s responses were indicative of the U.S. government’s intolerance of skeptical inquiry.

“This is wild,” NSA whistleblower Edward Snowden, president of the Freedom of the Press Foundation, tweeted in response to the back-and-forth:

The State Department’s spokesman can’t comprehend why the Associated Press feels the need to distinguish between a claim and a fact, and becomes visibly offended—and then angered—by the suggestion that his claims may require evidence to be accepted as credible. 3