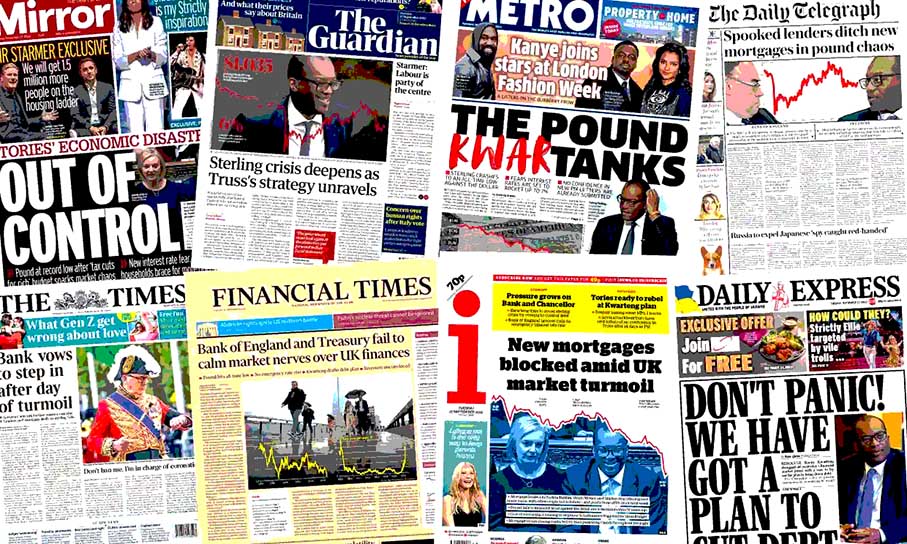 Has the shock doctrine, set out in chilling detail in Naomi Klein’s classic of that name, well and truly caught up with the UK? Road tested in Chile by the CIA installed regime of that delightful chap, Augusto Pinochet – and, inter alia, making South Africa’s triumph over apartheid a largely pyrrhic victory while sending life expectancy into freefall as an overnight oligarchy got stinking, premier-league-soccer-team-buying rich in Russia under Boris Yeltsin – are its sacred precepts of disaster capitalism what now guide the demented Truss Government?

A government, recall, led by a woman who lied about her education and is the embodiment of Groucho Marx’s quip …

I got principles. And if you don’t like ’em; well, I got others …

… and who as foreign secretary, a job for which you’d think a sliver of geographical knowledge might come in handy, had reassured the world that Britain was “supplying and offering extra support to our Baltic allies across the Black Sea”. 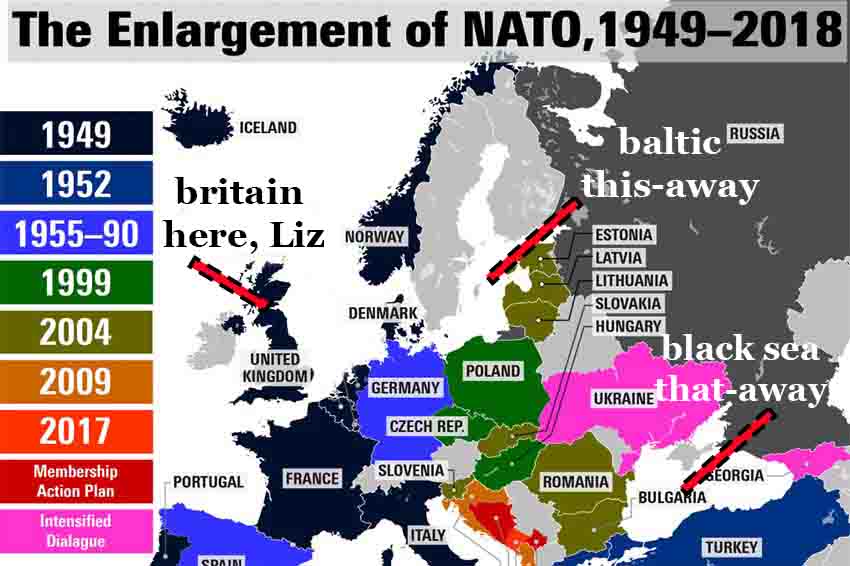 A government which also houses such bastions of moderation as Jacob Rees-Mogg and Sir John “free markets” Redwood. You can’t but wonder if the Rees-Mogg, a Brexit fundamentalist who in his day job as an investment advisor told clients to get their lucre out of Blighty, 1 is right this minute assuring overseas speculators that now, with sterling a gnat’s whisker from dollar parity, is the time for hostile take-over of UK firms going for a song.

I could go on, really I could. Couldn’t we all?

Meanwhile and back to my point about Naomi’s shock doctrine coming to Britain, here’s a view from the far side of the pond. Writing today in the Guardian – What is Kwasi Kwarteng really up to? One answer: this is a reckless gamble to shrink the state – Adam Tooze, professor in economic history at Columbia University, opens with this …

Markets have delivered a devastating judgment on Kwasi Kwarteng’s tax-cutting mini-budget. The pound has collapsed to historic lows. And investors have sold UK government debt, driving the price of bonds down and the effective interest upwards at a rate not seen since the currency crises of the 1950s. The combination of the two is particularly worrying because it signals what some fear could become a comprehensive loss of confidence in the pound and UK assets.

You might ask how it could be otherwise. How did the government expect the markets to react when it followed a giant energy crisis-fighting package, roughly costed at £150bn, with a further £45bn in tax cuts that primarily benefit the rich? It also delivered this news at a time when inflation is running faster than at any point since the 1970s and flouted the need for vetting by the Office for Budget Responsibility. What did it expect?

… offers this halfway through …

If [the markets] had found the Kwarteng vision of economic policy plausible, rather than selling off sterling in response to the mini-budget, they would have bought into sterling on the expectation of profiting from higher interest rates. Instead, investors simply want out of what looks to most analysts like a doomed experiment. To hold sterling assets they are now demanding what some are calling a “moron risk premium”. To hold debts issued by such an incompetent government requires a reward.

… and concludes with this:

Did the Truss government unleash this avalanche on purpose? That is hardly what the “moron premium” suggests. But we should certainly expect them to turn the crisis that they have created against the public sector in pursuit of their misbegotten vision of a small-state revolution.

I like that last remark especially. The one about turning the crisis they created to their own advantage. Ruling classes are rather good at that, aren’t they?

3 Replies to “Shock therapy for Britain?”