This from the Independent yesterday:

A Labour MP has called for increased support and training for women in public life after revealing she received 600 rape threats in a single day last year.

Speaking to The Independent, Jess Phillips, MP for Birmingham Yardley since 2015, said there was nothing in common with those threatening her ”other than them being men”.

Meanwhile, below the line: 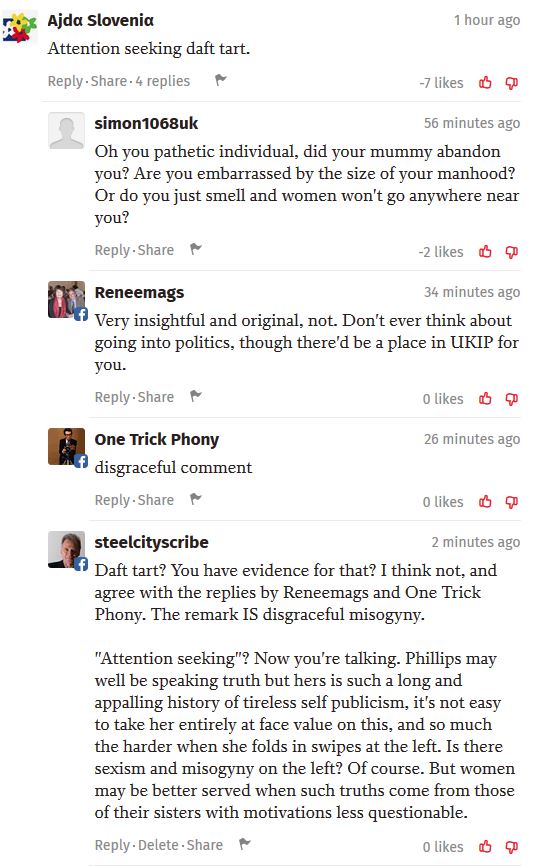