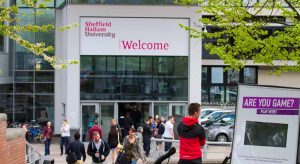 Unless you’re an employment law geek, or fighting your employer over a zero hours contract, I doubt you’ve given much thought to the landmark judgments of Wippel v Peek  and Matthews v Kent & Medway.

I have though. In fact I’ve become quite the connoisseur of late. Specifically, of those aspects of these two rulings that pertain (or not) to my contract of employment from 2006 to 2014 as what Sheffield Hallam University (SHU) calls an associate lecturer.

The question of which of the two applied, in a six year dispute SHU seemed by late 2013 to have won hands down, last month took a new turn of the precedent-setting kind. On March 23, at an Employment Appeal Tribunal, Judge Mary Stacey.overturned a ruling by a 2013 Tribunal which had agreed with SHU that Wippel v Peek be applied in my case.

Gosh, you say. How interesting! Yes, and not just to me. This arcane point looks set to impact on Sheffield Hallam’s approach to ‘flexibility’, with a third of its academics1 hired under what it says is a zero hours contract of the type – note that word: it’s significant – Nicole Wippel had with retailers Peek and Cloppenburg. Even more significant are the implications for higher education at large, at the forefront of the UK’s gig economy. In a 2013 piece citing both Roddis v Sheffield Hallam, and a UCU (University & College Union) survey just in, the Guardian’s Sarah Butler has the UCU president saying:

Our findings shine a light on the murky world of casualisation in further and higher education. The widespread use of zero-hours contracts is the unacceptable underbelly of our colleges and universities.

Indeed. But as one of the earlier judges had put it, “this is a court of law not morality”. When the court of not-morality found against me, and newly implemented tribunal fees put the cost of my appeal at £1200, I called it a day and resolved to Move On. Call me a quitter, but I’d spent years on a fight that had set me back £2k in legal fees,2 hoovered up a few hundred hours I won’t see again, and drained me emotionally.

So what changed? Three things, all in the past year. Kaye Carl, UCU representative at University of Sheffield where I’d also worked, had fought well on my behalf. She emailed last autumn with the news that trade union Unison3 had taken the fees issue all the way to the Supreme Court, which in July 2017 found them unlawful as a denial of access to justice whose evidence – as if any were needed – included a seventy percent fall-off in tribunal cases brought since fees were introduced.

What a green light for the abusive employer!

Even then I wouldn’t have gotten back into the game but for one small fact. Kaye, who truth be told had always had more faith than I in the legal aspects of my case, had accepted my decision to bow out but did suggest quite firmly that I register an appeal. No money would be required up front, and if I did nothing further the appeal would simply time out. On that basis I saw no harm in absent-mindedly attaching my signature to the unread form she pushed in front of me.

Had she not so urged, my appeal would not have been netted by a trawl, made in the wake of Unison’s magnificent victory, of appeals registered after fees came in. This, as the egg-timered sands of 2017 trickled down the narrow neck of fate into the glass bulbed promise of 2018, was first of three game changers in Roddis v Sheffield Hallam. The second requires a little scene setting of the kind offered in part two …