Skip to content
Part 1 introduced – with their significance to be revealed in due course – two landmark judgements in employment law: Wippel v Peek, and Matthews v Kent & Medway.

Part 2 summarises my claim that Sheffield Hallam treated me unlawfully as a part time worker. Along the way it cites two pieces of 21st century employment law, and shows why Sheffield Hallam is so invested in casualisation. 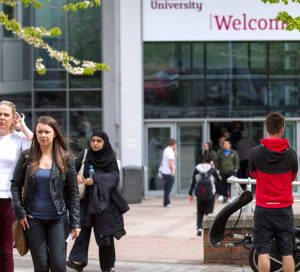 A full time lecturer for most of the nineties (and part time for most of the eighties) I returned to academia in the mid noughties, including a long run as part time lecturer at Sheffield Hallam, 2006 to 2014. My portfolio was broad – social sciences, information systems, digital arts, and communications – and spanned two faculties. I also gave extra-curricular support to various cohorts, and to individual disabled students whose ‘learning contracts’ entitled them to it.

Work was initiated by phone or face to face conversation with the person responsible – course or subject leader usually – for work planning in that area. Spoken offers, once accepted, were followed by written forms. To be signed by both parties, these were referred to at every level of Sheffield Hallam University (SHU) as contracts and bore that word in large bold lettering at the top. This matters. As does the fact the period they covered was nearly always a single semester. Even when it was agreed I’d be teaching a course spanning the year, a separate contract was in almost all cases issued for each semester.

The eagle-eyed will have spotted the patronage intrinsic to such arrangements. Besides doing work I enjoyed, to the best of my abilities, I sought always to maintain good relations with my benefactors. This was rarely hard when most were people I liked and respected, though a few gave occasional reminder of my dependent status: one even going so far as to tell me, gangsta fashion, that “you is my bitch now”.

In jest, you understand.1

Patronage or not, most of my work rolled over: semester on semester, year on year. Now here’s where I need you sitting straight and wide awake. Fixed-term Employees (Prevention of Less Favourable Treatment) Regulations 2002 regard an employee with four years of continuous service – be they under one contract or several in succession – as a permanent employee.

Equally significant is Ford v Warwickshire County Council 1983. This ruling, though it predates the Fixed-term Regulations, established that such predictable breaks in continuity as college vacations (Mrs Ford was a part time further education tutor) are not cessations of work.

It came to pass that SHU’s toppest of the toppermost met on June 26, 2000 to hear a proposal by their Human Resources Director. The context? One, the 2002 Regulations loomed, with Ford v Warwickshire an ominous portent. Two, the Part-Time Workers Regulations (Prevention of Less Favourable Treatment) 2000, of which more in part three, would come into force within days, on July 1. Three, higher education, with SHU (née Sheffield City Polytechnic) no exception, had form on issuing contract after fixed term contract to part time lecturers in furtherance of a principle dear to the heart of employers far and wide, flexibility.

That board of governors meeting in the dying days of June 2000 heard three alternative means of bypassing the forthcoming Regulations. How do I know? Because in 2013, belatedly aware of the significance of the avoidance strategy Sheffield Hallam agreed that day, I lodged a Freedom of Information Request for the minutes. It was denied on the ground none existed. I countered that it beggared belief to suppose an outfit of SHU’s size would take such a decision without duly recording its deliberations. Only then was the document I call Why SHU went for ZHCs supplied. At top right in bold block capitals it features the word, CONFIDENTIAL.

What that document reveals, in terms starkly matter of fact, is the following:

Nowhere does that document consider the impact on workers and families for whom those neatly side-stepped Regulations would have brought a measure of security.

But back to my situation. How had I got here? The 2011-12 academic year saw my SHU income fall by ninety percent. An early loss was a course whose ‘ownership’ had transferred from one department to another. Exodus, 1:8 tells of a new pharaoh who came to Egypt and, famously, Knew not Joseph. Emails gained later by FOI request show the new pharaoh wanting the work to go elsewhere. There was no suggestion of Joseph being unsuited; Joseph was exceptionally well qualified, both by experience and academic background.

The second loss was of work done the previous year on the expectation it would be renewed. It was not, and my efforts to find out why were at first kicked into the long grass. When finally I got to meet my patron, she told of complaints against me: complaints I’d been kept unaware of: itself an instance of less favourable treatment, over and above my more specific claims. On this, the most egregious of all my treatment, my allegations are too serious to air here.

A third was less important financially but involved a gatekeeper orally misrepresenting student feedback she would not supply in its original written form. When I finally gained access, again by FOI request, the extent of the misrepresentation – nay, its inversion – was irrefutable.

A fourth was of work in disability support, where I’d for three years given one to one tuition to a student with Aspergers. His request that I continue, when he moved to postgraduate study, was overruled on the curious ground that I was less qualified in his new subject. Why ‘curious’? An explicit condition of such support is that tutors will not, and for very good reason, engage with subject specifics.

Well, you say: what a tale of woe. Do you detect self-pity? I can understand that, but this was a period of sea change in the sector, reflected in round after round of ‘restructuring’ at Sheffield Hallam. I still meet ex colleagues who’ve had four or five ‘restructurings’ in a decade. For their duration, which can inflict months of sleepless nights on scores of workers, everyone is focused on one thing: survival. In my experience, HR and senior management are rarely heartless fools (it just looks that way to the casual eye). Which means they know all this but, swept here and there by currents they have no control over, do as they think they must to buffer the shocks. In such a climate – and this is my point – those whose contractual status affords the university greatest leeway are those most vulnerable.

That’s my story, and I’m sticking to it. At no point did Sheffield Hallam, other than the two junior managers indicated above – neither paying so much as lip service to due process – say I was a bad employee. There’s a reason for that. But my contractual status, lawful or not, made the act of casting me aside a matter of no consequence for the individuals who, acting alone and with seeming impunity, decided to do just that.

Which observation brings me to the nature of my contract(s). Like most in my situation, I had assumed I had not one contract but many, issued on a rolling basis in the manner described. When my attempt to resolve my grievances internally hit the skids – one early issue being SHU announcing its intent to audio record grievance meetings while I must not2 – I lodged Tribunal claims of less favourable treatment as a part time worker. This was at close of 2012, and it was with some surprise that I learned, early the following year, that Sheffield Hallam was not only resisting my claims but saying it had but one contract with me. What we’d all been saying were contracts – and by ‘all’ I mean faculty deans, work planners, payroll specialists and pretty much everyone else in the game of getting part time lecturers in front of fee-paying, bums-on-seats students – SHU was now saying were nothing of the kind. Rather, they were ‘work offers’ within the overarching context of a single, global contract I’d signed in 2006 and promptly forgotten.

Why did this matter? Because the 2002 Fixed-term Regulations, plus Ford v Warwickshire, had convinced me I had a case. That’s why the early stages of my employment tribunal dispute with Sheffield Hallam had me focused on contending that my work specific documents were indeed contracts. If I lost on this point, I told myself, I lost the entire case. SHU’s was simpler: my zero hour contract provided a global contractual framework for work offers – unfathomably labelled ‘contracts’ – which, though in written form, were equivalent to phone calls a million or more of Britain’s burgeoning precariat receive every day: can you come in to the warehouse for three hours tomorrow, yes or no?

Crucially, in law if not in reality on planet earth, those workers may decline such offers. So, says SHU, could I decline mine. And crucially, in law and in reality, those warehouse managers are under no obligation to offer ‘three hours tomorrow’. So, says SHU, were its managers under no obligation to offer me work – regardless of how much I’d done in the past.

In fact my all-or-nothing reasoning, on the essentiality to my case of having those ‘work offers’ found to be contracts, was both too optimistic and too pessimistic. Too optimistic in thinking my argument a slam dunk. Didn’t I have emails nineteen to the dozen, some from way up high, using the c-word? And didn’t the c-word glare out in bold Helvetica from the header of every last one of the items in question?

And too pessimistic in that, as Kaye Carl – introduced in part one – insisted, I could lose on this point yet still win my case.

Which brings us to two things. One is the weighty matter of the difference, largely interpreted in case law, between terms and type of contract. The other is why it was a big deal – whether or not I win my case on specifics I can finally, five years after lodging my claim, have Heard by a Tribunal – when on March 23 2018 Judge Mary Stacey ruled that my 2013 Tribunal Hearing was in error in finding Wippel v Peek more pertinent than Matthews v Kent & Medway.

Shit, I may even become famous – to employment law geeks – as a result of Roddis v Sheffield Hallam. And hundreds if not thousands of zero hour academics can line up to buy me a drink.

Meanwhile, the niceties of terms v type, Wippel v Peek  and Matthews v Kent & Medway  will be dug and delved in part three.