How I like to leave my home for the night. Nowt but flattened grass. 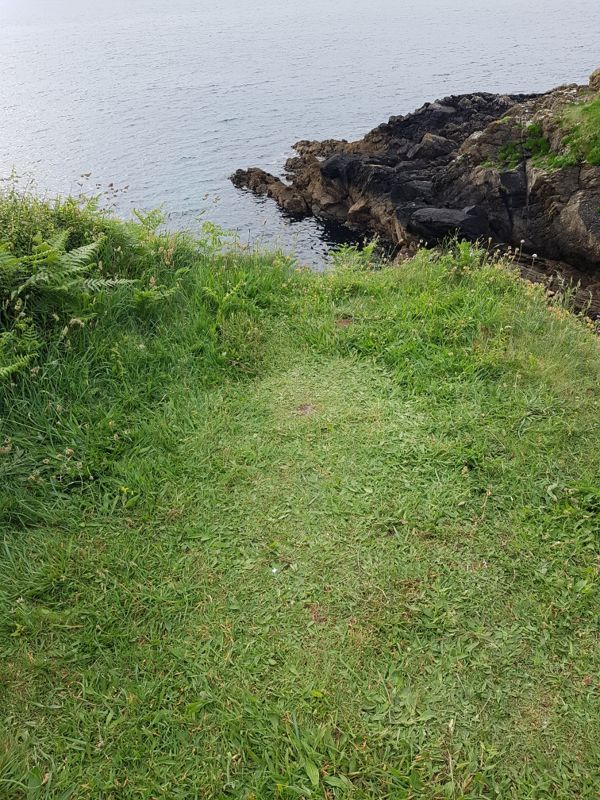 This swanky box overlooked my night seventeen pitch. I didn’t like that but for an hour had seen nothing suitable: just a narrow path hemmed in by dense gorse on forty-five degree slope. A flat promontory of rabbit grazed grass had come at dusk, a godsend but for the house on the hill.

I pitched after dark and saw no light. Pound to a penny it’s somebody’s second or third home. 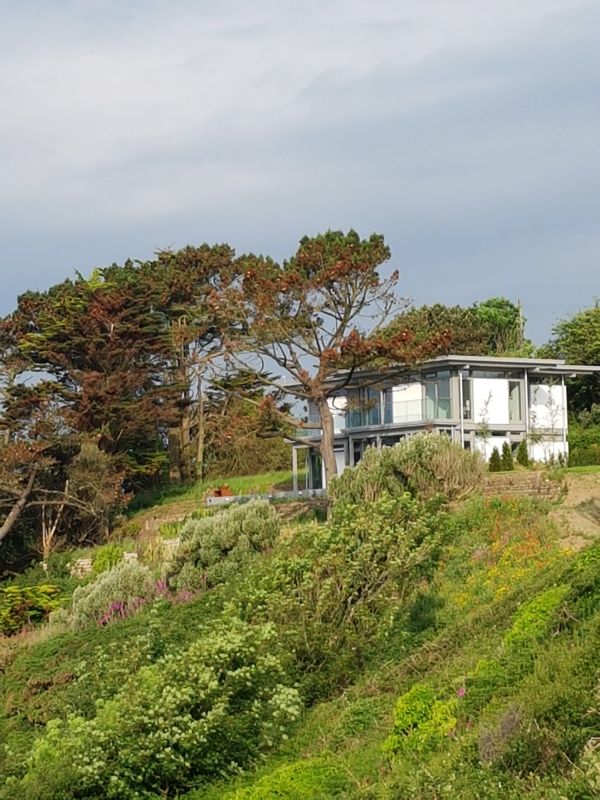 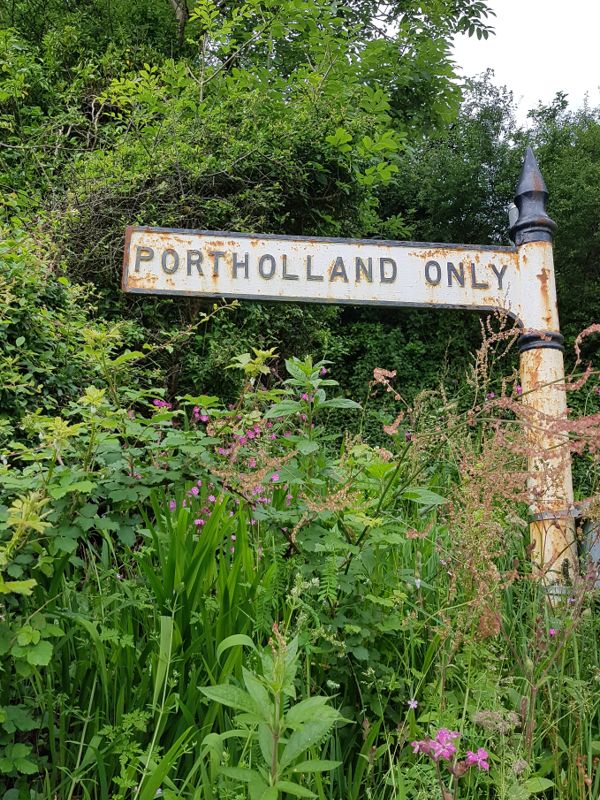 West Portholland. Boasting an international airport, its underground railway, fast and reliable, connects it to East Portholland and other fishing villages in the vicinity. 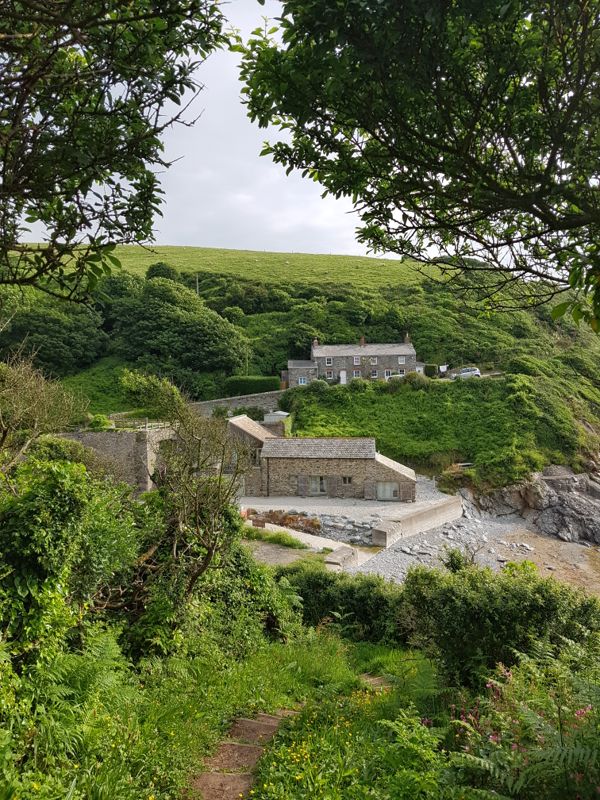 Straight up: once a coastguard’s lookout, this stone shed is licenced to perform marriages. 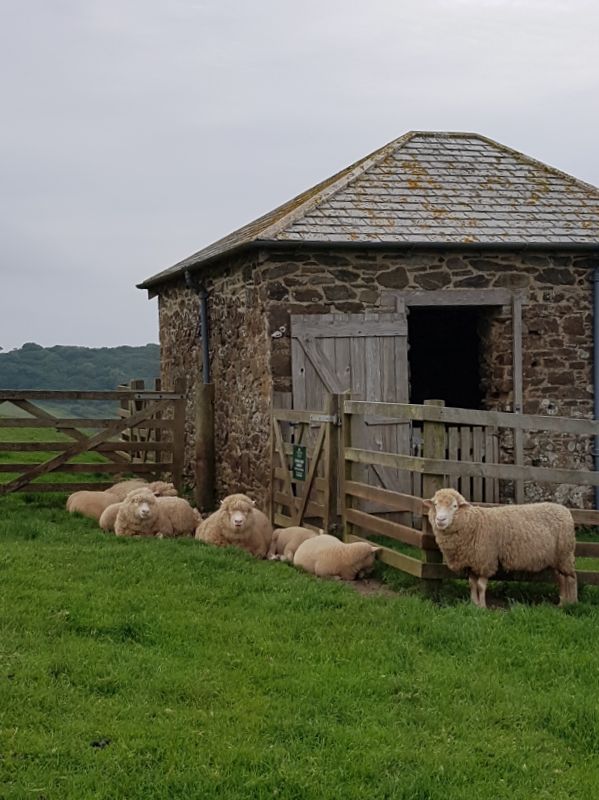 Editor’s note: tasteless comments about sheep shagging will not get past our keen eyed moderators. You know who you are, and have been warned.

I think these are Dartmoors, but Shetlands have also been introduced, to manage vegetation for the benefit of local fauna. Choughs for instance. 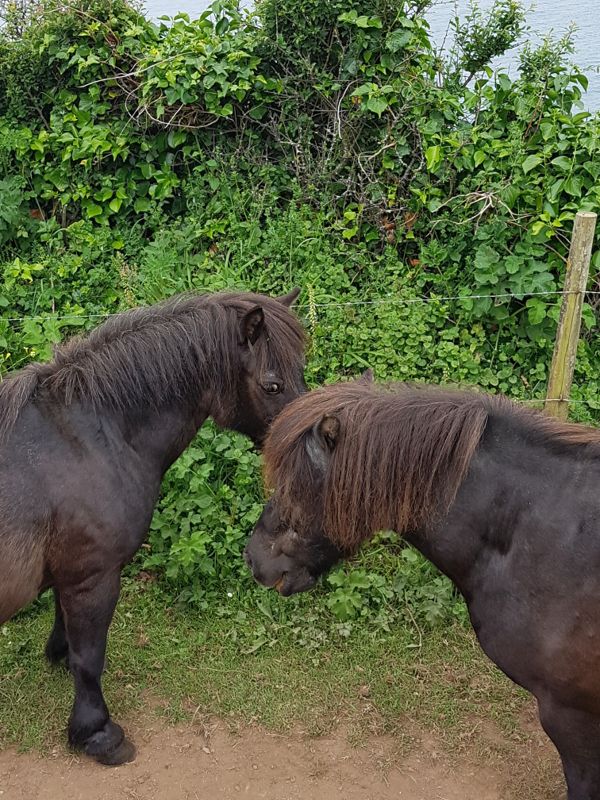 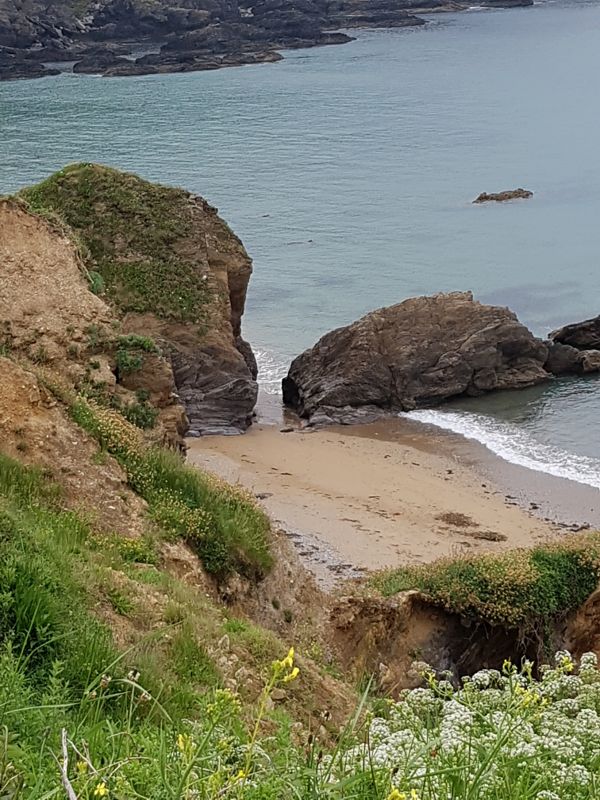 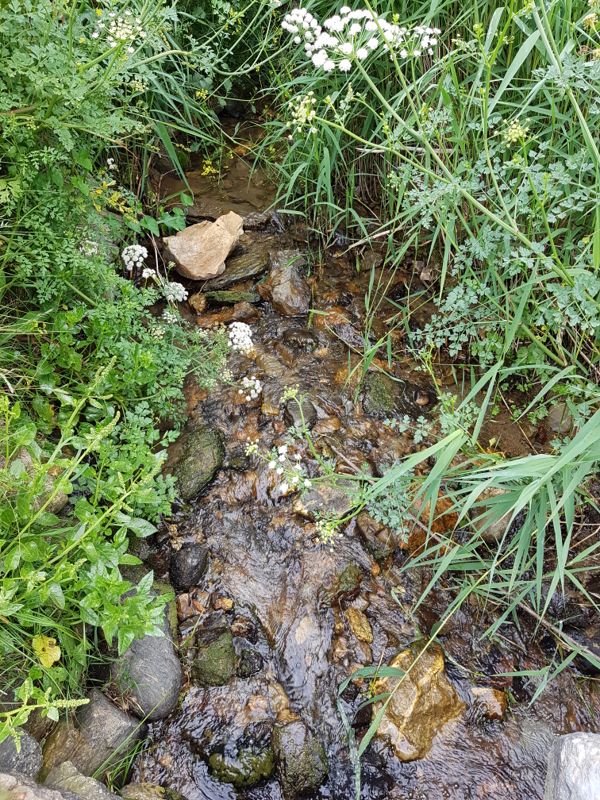 Above, a place to wash and fill flask. Below, I’m about to take a nap. 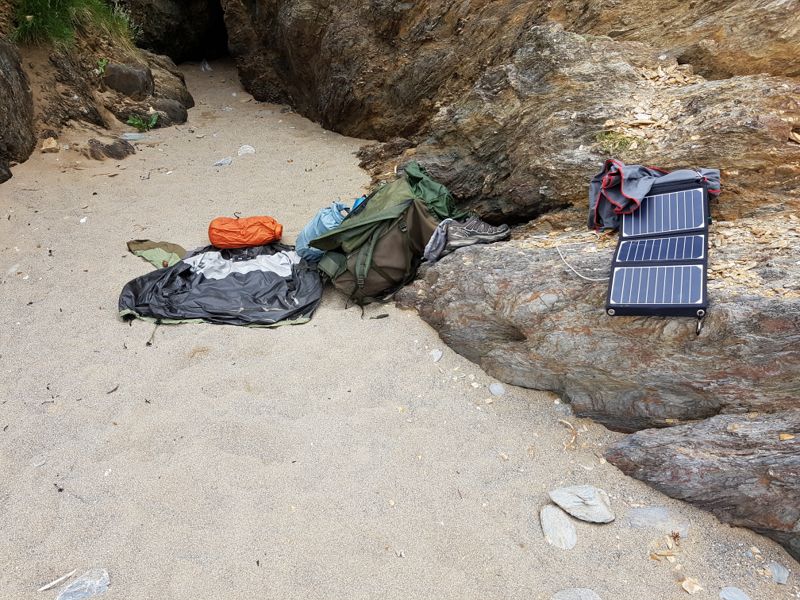 Viewed from cliff top, my eye drawn by avian feeding frenzy. Here’s where I miss my serious kit but do what I can. I think it’s a dead basking shark but at this distance – a good hundred yards, with full zoom on the best of phone cams about as pin sharp as porridge – it’s not an easy call. Could be a whale. What I note, with some surprise as a non twitcher, are the black cormorants or shags coming higher in the (literal) pecking order than the white gulls. 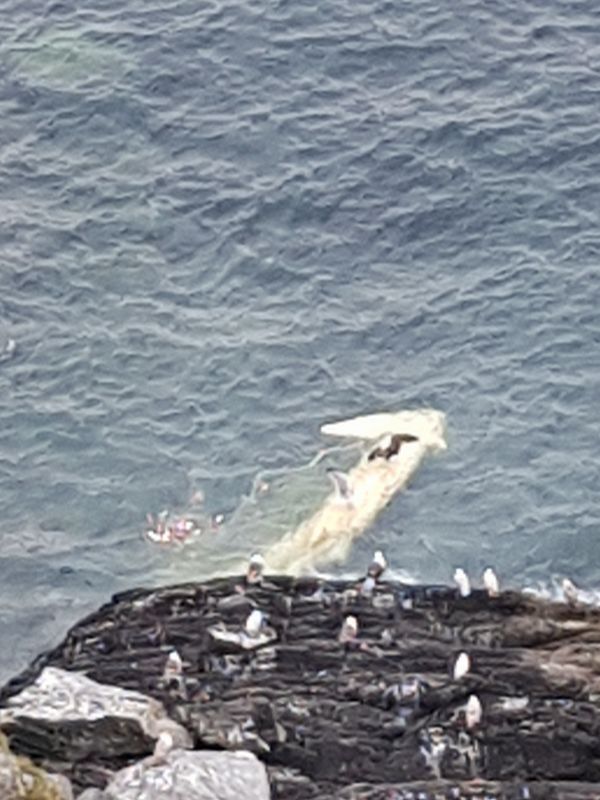 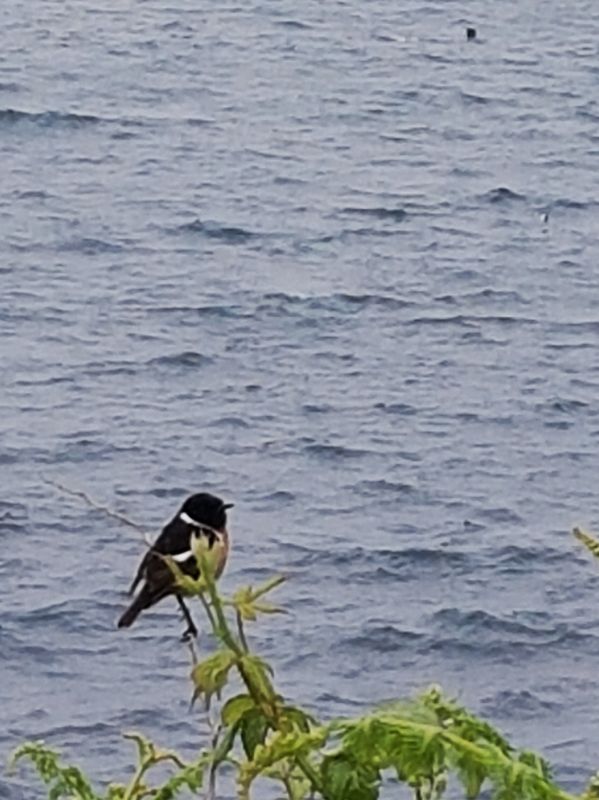 Mevagissy. Ferry to Fowey? I’m rounded on my feet but have had three ferry trips already, and need a fourth to get over the River Fowey once I’m there. Instead I use my bus pass to reach Fowey by way of St Austell. 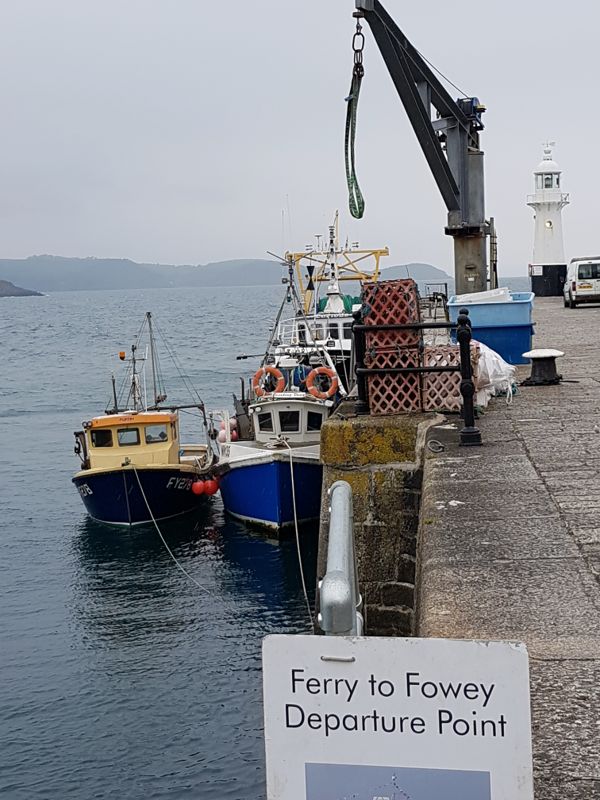 The crossing from Fowey to Polruan is short and a snip at £2.20. 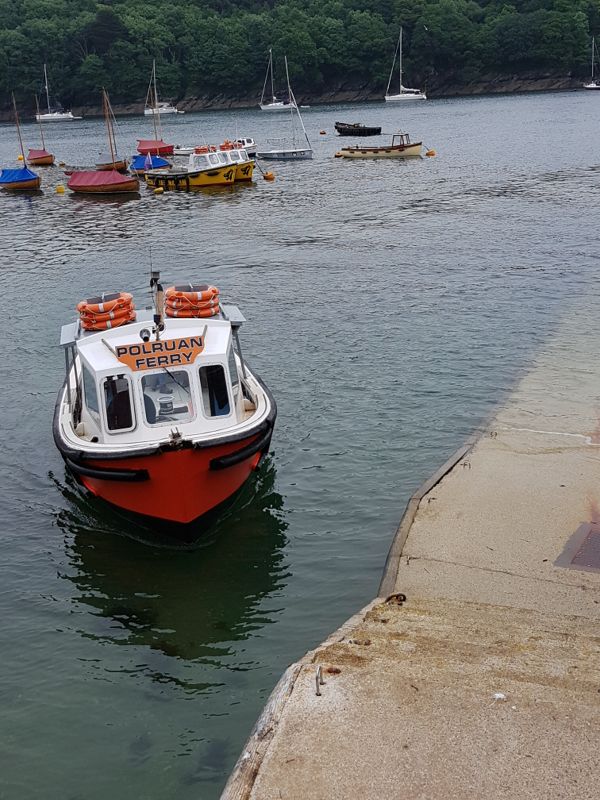 With a good three hours of daylight, and map suggesting wild camp friendly terrain just out of Polruan, I sup two pints of Proper Job at a convivial Russell Inn. To get Day Seventeen up, with no mobile signal, I ask for the wifi code. You’re drinking it, says the landlord: ProperJob.

(An excellent pale, I was introduced to it on Day two when a local propping up a coastal bar in Perranporth sang its praises. You can’t always get it, as the Rolling Stones have noted, but if we try sometimes, the ubiquitous Cornish Tribute comes a close second.) 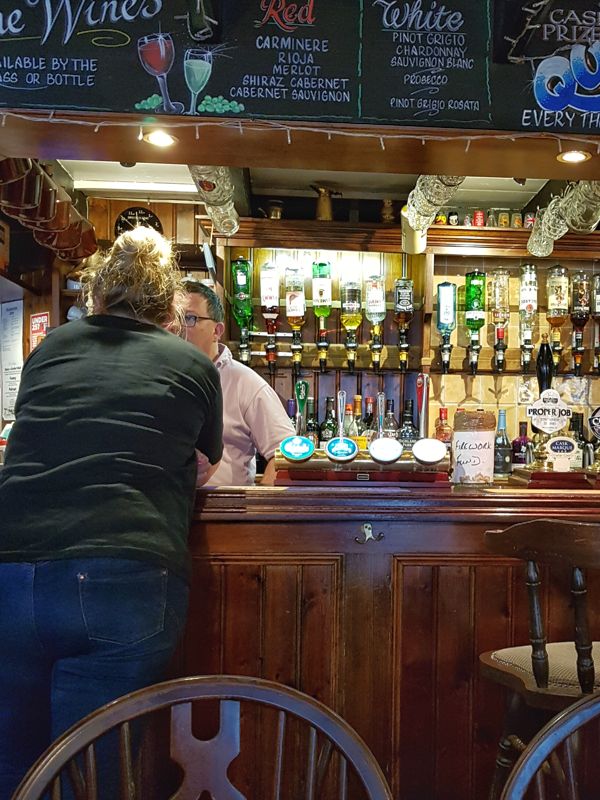 I exit around eight pm, with backward glance over the water to Fowey. 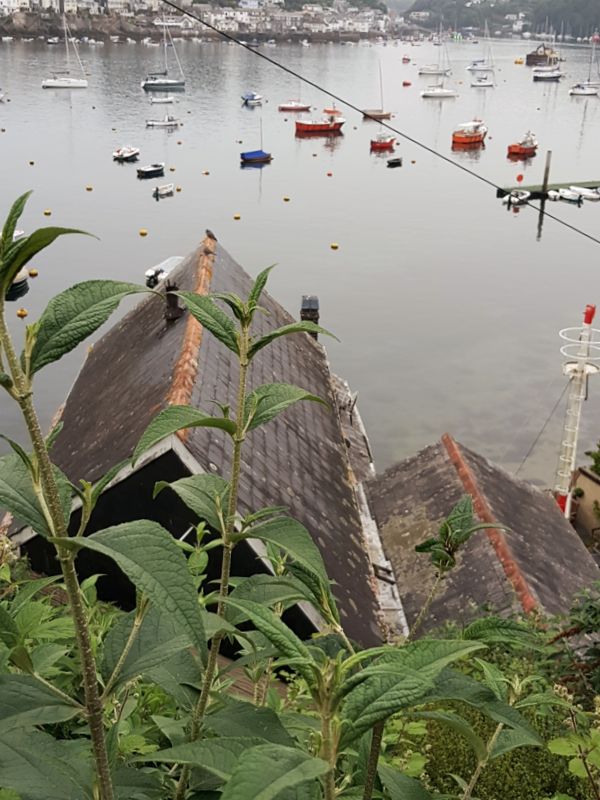 It’s a funny thing but my walking had been sluggish all day, with me aching in the places where I used to play. Philip,  I’d more than once told myself, it’s time to surrender the things of youth!  But now, outside a quart of Proper Job, I positively glided the next three miles, rejecting several acceptable pitches till I found an excellent spot on another flat and rabbit nibbled promontory, five miles west of Polperro. 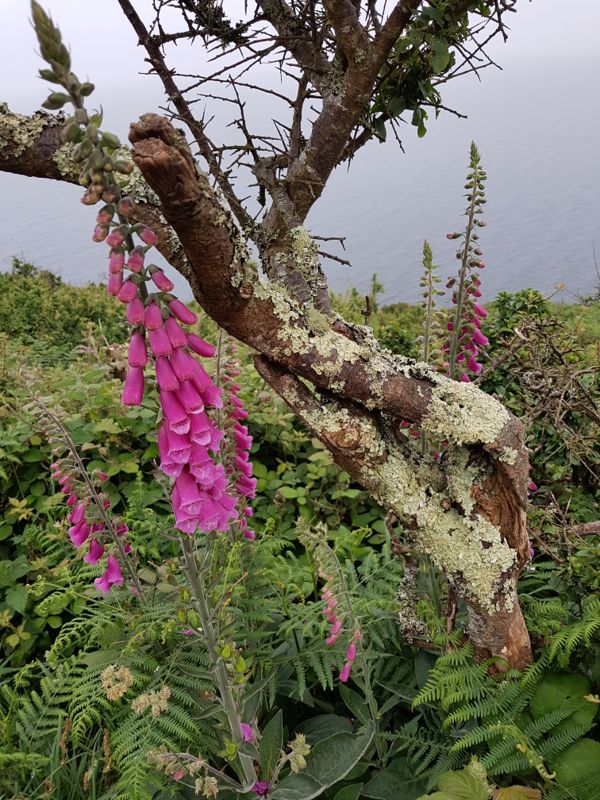 But look what I spotted on the way. Most wild animals flee when you happen on them. A few though rely on going motionless. That’s how I got so close to that slow worm on St Agnes Head two weeks ago. And it’s how I got this beauty. ID anyone? It’s two thirds the size of a sparrow. 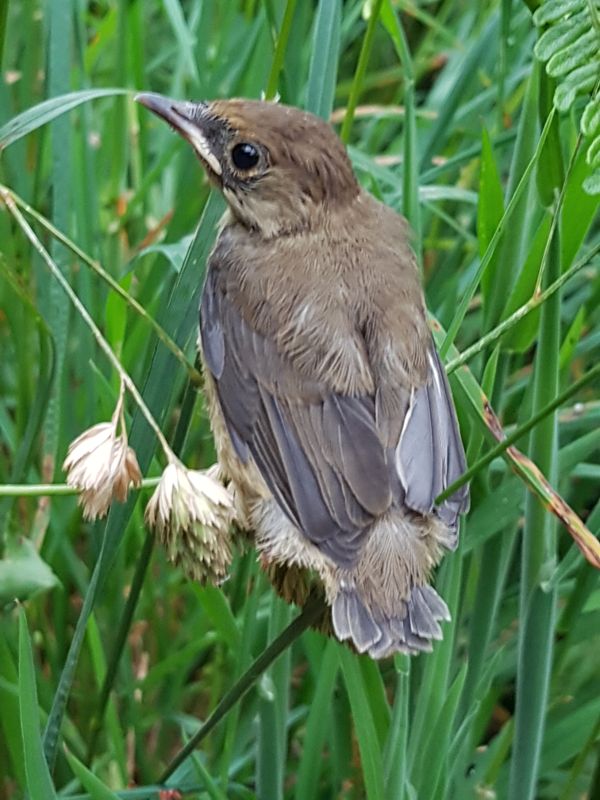 I didn’t photograph my pitch. Though this is my nineteenth night out, if we include night zero in Bristol, it’s only my eighth in a tent.

Here’s how it looked at dawn, dry but with promise of rain. FIve hard miles to Polperro. 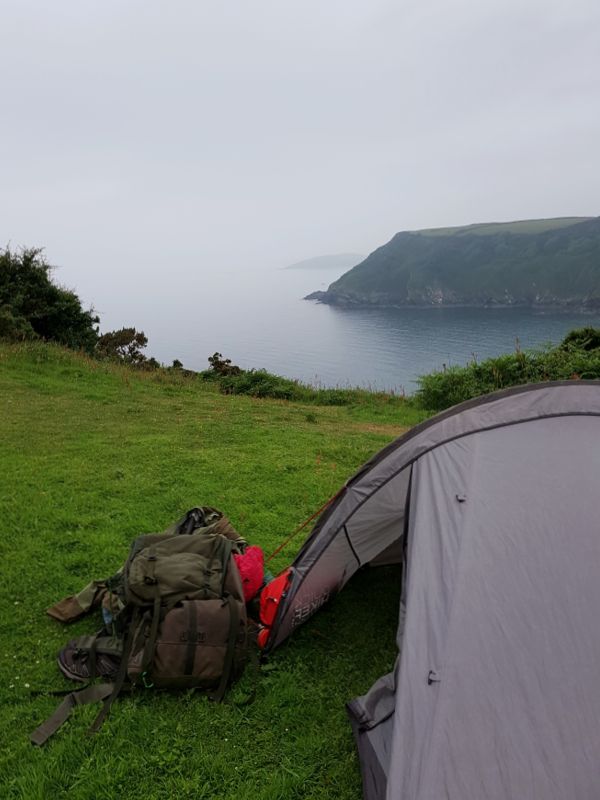 But Day Nineteen’s another story.