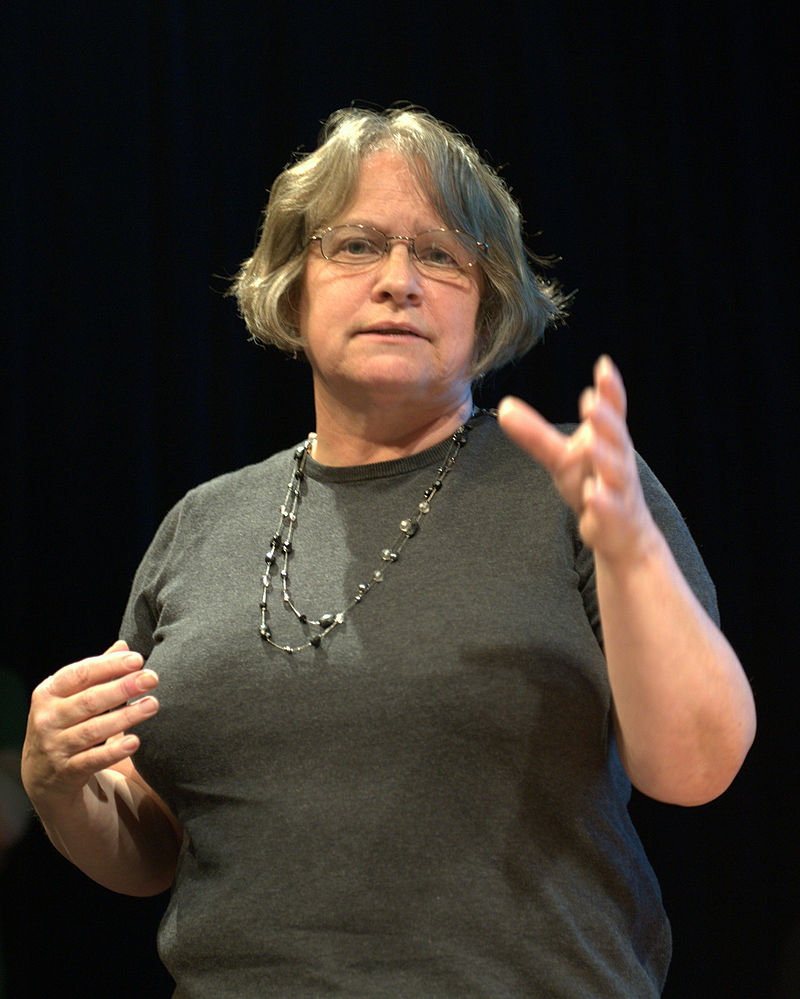 Most of my friends are baby boomers like me. As a rule we dislike capitalism but don’t dislike it enough. Faintly pink, or fire engine red, we too often fail to see – though the pieces are there for all to assemble – the totalitarian logic of wealth creation premised on private ownership under conditions of monopoly and imperialism, driven by laws of accumulation to which every other consideration – every other consideration – is and must be subordinate. The reasons for such a failure of understanding are several, the starkest being that for all our gripes and moaning, we aren’t suffering. Not really, not enough, not yet and not to the extent of looking beyond an identity politics made in heaven for those who gain from market forces skewed in their favour.

Or beyond the delights of easy European travel, hassle free access to second homes in Italy or Dordogne, good plumbers and Estonian sweethearts to warm very British beds. Which myopia is accompanied by the delusions – Greece and TTIP forgotten if they ever registered – that EU equals internationalism, and Leavers are morons and racists to a man.

I didn’t vote Leave. But simplistic arguments, headed by a risible Getting Back Our Sovereignty, on the Brexit side of an increasingly toxic divide aren’t my concern. Nor are those of Lexiteers better informed and more nuanced, to be sure, than mainstream Leavers and Remainers but for all that offering no convincing strategy for post Brexit social justice, at home or in the global south. There’s much to say about that side of the gulf but it’ll have to wait. For now I’m talking to Remainers.

Which brings me back to the insufficiency of detestation for capitalism I began with. That has a direct bearing on the demands many have been making for a second referendum. Fixated on this as answer to prayers for deliverance from evils they’ve been assured must follow – assured that is by a ruling class divided, certainly, but whose most powerful wing saw the Leave vote as a setback – “People’s Vote” advocates either don’t see or don’t care that a hair’s breadth victory for Remain would have fascists on British streets in numbers not witnessed in my lifetime.

And – correct me if I’m wrong – no poll suggests other than a wafer majority either way.

Below is a Lindsey German piece on Brexit, posted yesterday in Counterfire. She and partner John Rees left the SWP in 2010 to found the Stop the War Coalition, challenging middle east plunder dressed up as humanitarian and/or the Taking Out of Mad Tyrants.

I take issue with Stop the War for a Plague-On-All-Houses equivalence that damns Assad and Putin as roundly as Clinton and Obama. Given the SWP record on USSR and Ireland, I suspect an opportunist pandering to popular sentiment in the face of vicious mainstream narratives.

That said, and credit where it’s due, Lindsey’s piece yesterday – under the alliterative header, Bungled Brexit beggars belief – is spot on.1 It begins with the kicker, “General Election Now has to be the clarion call for all those resisting war, austerity and inequality”, and goes on:

A general election would ‘Annihilate’ the Tories – that was the headline in this week’s Sunday Telegraph. Personally, and unfortunately, I doubt that is true. But it has enough accuracy to frighten the horses and it may be enough to prevent the prime minister from calling one, as she has threatened to do if her deal fails for the fourth time. The denial of democracy here is serious. While May has signalled a general election, there are signs of a backlash from her own MPs who fear defeat. This is also the position of the Independent group, or Change UK as it is now called, which knows its future is bleak post an election.

Perhaps the only clear thing that came out of last week’s debates is that May is finished, but even that process could take some time to work itself out. The options facing the government include crashing out with no deal on April 12 or ‘parliament taking control’, probably with a second referendum or customs union vote this week, the latter seeming most likely. May has no real control of this process and has no real support even from her own party. All factions talk about when she can be replaced and who can replace her. The right wing Brexiteers – who represent only a minority of those who voted leave – forced her to declare that she would stand down if her deal passed on Friday but then did not vote for it in sufficient numbers to allow it to do so. As the Financial Times railed in its editorial on Saturday:

Mrs May’s political hara-kiri was a final misguided attempt to buy off the Brexit Bolsheviks of the so-called European Research Group. After three years of appeasement, she has ended up being destroyed by them. Let there be no doubt: the ERG and Northern Ireland’s equally intransigent Democratic Unionist party bear most blame for the failure to deliver the result of the 2016 referendum.

What the FT means here is that there is a ruling class consensus – for remain if possible or for the softest possible Brexit if not – and that the hard Brexiters have made getting this outcome harder. The only option that can resolve this impasse – and it is the one the ruling class still fears more than the omnishambles being presided over by the government – is a general election. An election cannot guarantee anything, and of course we cannot know the result, but it at least gives people the chance to vote on the different options not just on Brexit but on all the other aspects of government: education and health policy, privatisation, inequality, the housing crisis, climate change, war and peace, racism.

It is unfortunate that many on the left shy away from such an outcome, preferring instead to put their money on a divisive and uncertain second referendum. In this they are falling in behind those who brought us austerity, like Heseltine and Soubry, those who supported Blair’s anti working class policies, like Berger, Umunna and Watson, and those who brought us the war in Iraq, like Blair and Campbell. All of these are united in their other aim, inextricably linked to the second referendum call, of preventing a left Corbyn government. Indeed, Watson has made clear his willingness to serve in a national government – an alliance with Tories and Lib Dems -which would be expressly to prevent the possibility of a Corbyn government.

Why is this crisis so deep? One reason is because the referendum was in itself so divisive, and because the outcome was unwanted and unexpected by the ruling class. Another is the venal behaviour of the Tories, and the determination to keep Jeremy Corbyn out of government. But it is also worth remembering the deeper issues which have led us here. Here we need to look at the long-term history of British decline, and look at the major economic, social and political crisis during the 1970s.

The decline of British industry, low productivity, growing rivalry from competitors like Germany and Japan, the oil crash and ensuing economic crisis, a well organised and militant working class, all were factors causing growing concern among government. Attempts to control the unions failed, and Edward Heath’s Tory government was finished by industrial action. There was serious talk from David Stirling, founder of the SAS, of the project GB75 of the need for a coup and the internment of left activists in the Scottish islands.

Joining the EU back in 1973 was one option by sections of the ruling class to solve that crisis and to make Britain part of a wider European project. Thatcherism helped to weaken working class organisation and militancy, but the long-term problems have not disappeared. The Brexit dilemma only heightens this fact. The ruling class fears, indeed, that it will help hasten Britain’s further decline on the world stage, as well as the break-up of the United Kingdom, especially over the Irish border, but also over Scotland.

The radical solutions which many of us put forward back in the 70s were not adopted – instead Labour moved ever rightwards, paving the way for Thatcherism and presiding over the rise of the fascist National Front. These solutions are not in such common currency today, but anyone who wants to find a way out of this crisis will need to relearn them. They include of course fighting for a left government but not just stopping there. We need genuine direct democracy, based on communities and workplaces, connected with mass movements for change, which can ensure that the Westminster politicians, and those state actors who loom behind them, do not determine an outcome which makes working people pay.

The hard Brexiter voices were heard on Friday in an angry and unpleasant pair of demonstrations – one led by Nigel Farage whose new Brexit party stands to do well if European elections take place in May, the other by UKIP and featuring the fascist ‘Tommy Robinson’. The various right-wing groups are clearly banking on being able to denounce ‘Brexit betrayal’. It is not hard to imagine how their numbers will grow if the outcome of all this is a second referendum.

There is no doubt that the fascists will try to build out of this discontent and to politicise a wider periphery into hard core supporters. We need to prevent that from happening which requires counter demonstrations, as happened on Friday. But it will also demand a strategy which is not easy but which can only be done by the left – of finding issues to campaign on which will undercut their support. The demo against Honda closure is a good example of how that can be done. But the left will not succeed either if it sits passively waiting for the outcome of events or if it insists on pursuing a path of further division through a second referendum.

One Reply to “Lindsey German on Brexit”