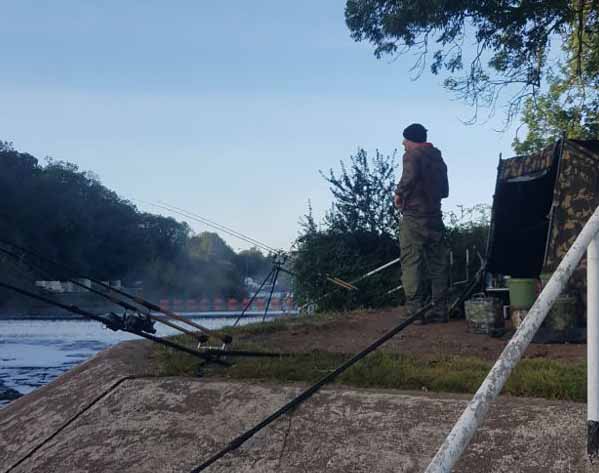 I am in many ways a fully paid up member of the liberal middle classes, even if I appear to have gone off the rails of late. Ours is an extreme world. How else describe one of such staggering and racially slanted inequality, and decades of war by its richest and most powerful nations on those poorer and weaker? A world, moreover, whose systemic addiction to ‘economic growth’ – as measured in more stuff made, more stuff sold, more stuff junked and above all more private profits accrued – brings us closer with each passing day to environmental disaster?

It is a measure of the success of our media, and other agencies of opinion manufacture, in the normalising of these things that those who denounce them are easily dismissed as extremists. As novelist Dresden James put it:

When a well-packaged web of lies has been sold gradually to the masses over generations, the truth will seem utterly preposterous and its speaker a raving lunatic.

Correction. It is not the calling out of dysfunctional inequality, destitution in the global south, predatory wars on the weak and reckless disregard for nature which draws the ‘extremist’ label. Those who do so are not merely tolerated. They perform a vital function – witness the media fêting of Greta Thunberg – as proof of our healthily pluralistic and truly open society. No, the extremist moniker is reserved for those who locate, in ways irrefutable and by that fact to be dismissed a priori, the root causes in capitalism’s intrinsic laws of motion.

So what has this to do with Brexit? This. Most of my friends are also in the liberal middle class. They don’t much care for capitalism but few see the extent of its rapaciously totalitarian nature. There’s a reason for that. We live in comfort. We do interesting and well paid work, own homes in leafy neighbourhoods, enjoy travel, the arts, international cuisine and all round cappuccino cosmopolitanism. We deplore racism and xenophobia, and rightly so, but then why wouldn’t we? Unlike those “racists” and “morons” who voted Leave, we don’t compete with immigrants for social housing or low paid jobs.

Our lives furnish ideal conditions for internalising dubious but self serving assumptions without even being aware we are doing so. We suppose, to greater or lesser extent and with greater or lesser self awareness, ourselves to be less racist than workers at a Lincolnshire canning factory or Middlesborough call centre. Not because of more favourable material circumstances, mind, but because we are more civilised.

In our heart of hearts we believe ourselves better than them.

There’s more. Not only are we complacent in putting our ‘greater tolerance of difference’ down to idealist factors and ignoring material ones. We are also selective in this putative tolerance. We’ll be enraged and rightly so at Boris Johnson’s ‘picaninnies’ and ‘letterboxes’ oafisms, and Trump’s ‘pussy grab’ boorishness. But we take at face value official explanations of wars1 on a global south whose victims are dark skinned and disproportionately female; a global south whose leaders stand directly or indirectly in the path of northern capital’s freedom to exploit its wealth. This lazy credulity, even of many on the Left, follows as night on day from failure to grasp the nature of capitalism in its highest stage of imperialism.

Such is our complacency on the one hand, our naivity on the other, that we see Leave voters as nasty and stupid, and the European Union as both internationalist and – to quote from Owen Smith in the Guardian last April – “a defender of workers, human rights and the environment”.

(Or, quixotically, an institution that can be transformed into such – a project I’ve more than once likened to turning the US Empire into a progressive force.)

I’ve given in other posts, most recently this, my reasons for describing the EU as ‘a capitalist-imperialist club, and as such antithetical to the interests of workers’. I won’t torture you here by doing so again. Or by restating my reasons for fearing Brexit – given the balance of class forces now prevailing – in spite of what I know the EU to be .

Here I simply want to make more explicitly a point I’ve been hammering away at in asides and footnotes since before the Referendum of 2016. Of far more significance than whether Britain stays or goes, or even whether the EU implodes through its irreconcilable tensions, are deep divisions now apparent within the West. Those divisions, containable during the long postwar boom by super-exploitation of the global south, are now at danger level.

We asked for signs. The signs were sent. My list is far from exhaustive but consider these. One, trickledown economics, prime legitimator of the Thatcher/Reagan ditching of Keynes in favour of the Chicago School,2 stand disproved by big data and the power to crunch it. Two, the blue collar job for life of the social contract has been replaced – in what is mendaciously referred to as our ‘post-industrial’ world3 – by soaring casualisation and an attendant precariat. Three, the upsets to liberalism, neoliberalism and globalisation by voter defiance in the US Election 2016, the close shave of Scotland 2014 and Brexit 2016. Four, the upsets to liberalism, neoliberalism and globalisation brought by the rise of both Left and Right populism.

What Tariq Ali called the Extreme Centre is under threat.

With all this in mind, let me tell you  a story. Two to be precise.

Last week I spent two days canoeing the River Trent from Nottingham to Newark. It came to pass that on the evening of day one I tied up at a waterside pub for a meal and pint. The place being busy, I shared a table with a couple in their fifties.

The next ninety minutes were most agreeable. We had much in common – interest in canoeing, well paid jobs with attendant benefits, Asian travel, grown up daughters and, of course, liberal disposition. When it came time for us all to go, we rose to shake hands as I voiced my pleasure at so unexpected an interlude. Likewise, said the man, then paused a second.

Clearly he recognised the truth of the claim I made in sentence one of this post. Seeing in me a fellow member of the liberal middle classes, he deemed it safe to put his cards on the table.

We sat down again, he saying his piece, she doing the same. Wthout going into fine detail – all this took place inside five minutes – I said mine, summarising my position as “between a rock and a hard place”. No offence was taken on either side; indeed, they seemed genuinely to enjoy my depiction of the EU as “about as internationalist as the Freemasons”. I doubt we’ll meet ever again but, in the event we do, I’m sure it will be an equally enjoyable encounter.

They went home. I went to sleep on my canoe.

Next day I woke early, to be on the water at seven. Before eight I had my first lock to negotiate, bypassing one of the Trent’s weirs and whitewater stretches. In the course of getting out and putting back in, I struck up a conversation with a group of anglers: tough looking blokes in army fatigues camping on a thin strip of land between lock, and river proper. As boy and young man I used to fish myself, and can hold my own on the topic provided we don’t get too detailed. A lot has changed since my day.

In thick West Midlands accents reminiscent of the Peaky Blinders, they confirmed my guess that they were after barbel, weight for weight Britain’s most powerful freshwater fish, and present in numbers which – as with otters, salmon and diverse bird species – mark how far a once grossly polluted Trent has bounced back after the relocation of heavy industry to the global south.

But here’s the interesting bit. I was commenting on the numbers of cormorants, especially on and below weirs like the one we now looked down over: me because I’d been forced out of the water; these guys because barbel favour fast stretches. Whereas I see the cormorants’ return as a Good Thing, they do not.

This has nothing to do with class. You’ll find the same sentiment on prime trout streams costing tens of thousands of pounds a season to fish. What unites anglers across the UK, transcending social class, is a desire to gain exemption from protected status for certain birds.4 Some want to shoot cormorants and herons – otters too, given half a chance – whose dietary requirements pose a threat, real or perceived, to their pastime.

Knowing all this, I’d kept my tone neutral on the cormorants – I don’t go canoeing for the fun of picking arguments with everyone I meet. But what interested me was the way one of the barbel men’s predictable response on cormorants – predictable, I repeat, not on ground of class but of hobby – merged seamlessy into something else.

Yeah, they’d all be in tears if we shot one, wouldn’t they. Remainer arseholes the lot of ’em.

Superficially this seems a non sequitur but at a deeper and more visceral level it made profound sense. Yes, maybe I’m making too much of so short, so narrowly confined and so statistically insignificant an exchange. But I can’t help sensing in these two encounters something running wider, deeper and with toxic implications. The gulf between white and blue collar is not entirely synonymous with that between winners and losers in the globalisation project, of which the EU is an utterly reactionary driver. But nor is it easily separable.

Which wouldn’t matter half as much if that gulf hadn’t grown so alarmingly wide, as measured by at least three of the four indicators set out earlier. I sense trouble ahead, regardless of – and so much more consequential than – whether Britain Stays or Leaves.

20 Replies to “A tale of two Brexits”