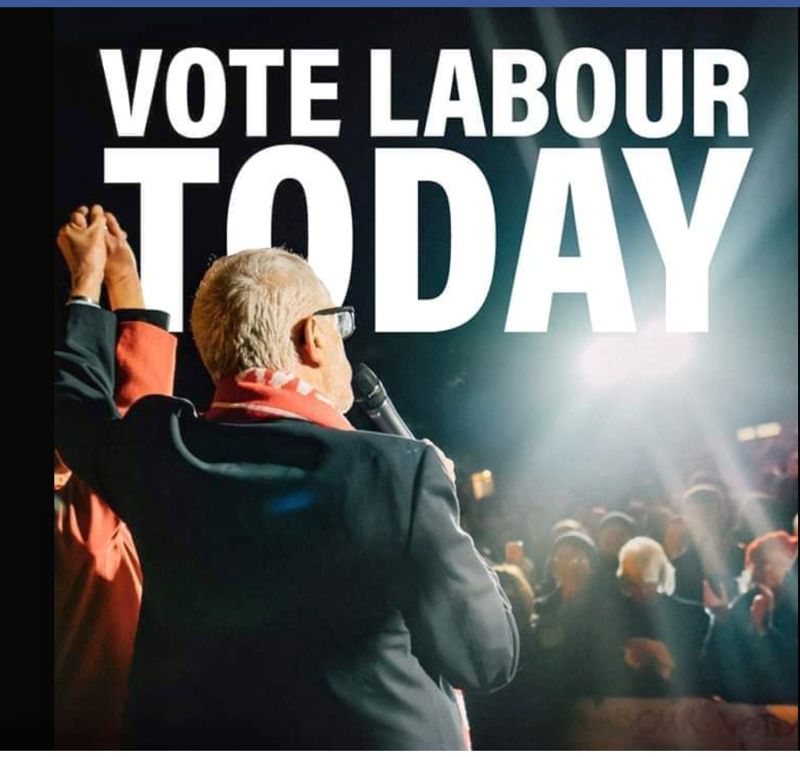 Following my Jesus or Barabbas post yesterday and – replicated on OffGuardian – Dirty War on the NHS post the day before, I’ve seen fit to respond to commenters who share my view of parliamentary democracy as a sham, but draw a conclusion I do not share; namely, that in no circumstances can any party, including Labour under its current leadership, be supported.

This is my response to that erroneous conclusion.

The Labour question has preoccupied the Left for a hundred years. Ever since Lenin advised the fledgling Communist Party of Britain to “support the Labour Party as a rope supports a hanged man” (this from the man whose brother went to the gallows after a failed ultra-leftist uprising against the Tsar) it has divided those who see parliamentary democracy for the chimera it is.

There are those within that minority – anarchists for instance – who couldn’t care less what Lenin thought. And even those who do care fall into two broad camps. Both see a stark choice for humanity: socialism or barbarism. (The latter updated to add environmental meltdown to the list of possibilities.) And both are with Marx in insisting a capitalist ruling class will never allow socialism via the parliamentary route. (A seventies film, A Very British Coup, is excellent on the why and how of this).

But they differ on whether Lenin’s advice still holds. Or – forget Lenin – whether the inability of social democracy to deliver socialism makes the Labour Party, notwithstanding its ties to trade unionism, unsupportable – however conditional and limited that support.

At some point I’ll dedicate a post to the history of this but for now I’ll just say that I see blanket refusal by socialists to back Labour under any circumstances as sectarian. The British section of the international working class is facing, as is the French section to name but one other, assault on every front. I focused on the NHS but that’s a metonym for wider attacks as Capital seeks to make labour (small l) pay for its crises.

As I said before, this is the most vital election since 1945. I urge all socialists to vote Labour not because Corbyn is an honourable man – though he manifestly is – but because he has been a lightning rod, a conduit for impotent resentment hitherto mistaken by our rulers and their tame media for acquiescence and passive consent to ‘austerity’ – in reality a cover for rapid transfers of wealth from the many to the few. With Labour in office on these terms, even with a civil war between Tory-lite and socialist wings, the unions will be emboldened and direct protests both inevitable and necessary.

I urge all British socialists to vote Labour today because when it betrays, as it must, there’ll be a stronger current prepared to take the fight beyond Westminster, to support and if need be bully Corbyn into not backing down when the pressures for him to do just that will be immense. He has already conceded too much ground and this also is what parliamentary socialists – actually an oxymoron – always do, however steely their character and piercing their intelligence.

This is not personal. There’s a science to it.

But do we join those sectarians who insist on all or nothing? Regardless of where most people are at? To do so is to insist there’s no difference between the utterly unprincipled BoJo and the demonstrably principled Jezza. Or to put it in less personal terms, no difference between the Tory’s plans for the NHS – remember, I use this as metonym – and the collectivist aspirations of Labour as it is currently led.

This is not 2015. At the very least the ruling class can proceed with its plans, to make the many pay for its own crises, a good deal more speedily under Boris than under Corbyn.

I think that makes this a no-brainer. Especially when the ultra-leftists who advocate abstention have nothing to offer in lieu. Nada. Zilch. Sweet Fanny Adams.