I won’t beat about the bush. The West is inhabited by two groups: those who know that we are ruled by sociopaths, by the criminally insane1; and that much larger group which, taking at face value the surface forms of democracy informed by independent media, either cannot or will not accept this admittedly frightening truth.

This second group, seemingly unaware of how extreme our assiduously normalised world order is, deems the first a melting pot of extremism. Such a view has advantages for those who value a quiet life. No need to listen to, far less engage with, a word that first group says.

Not even when a dozen men own half the world while scores of millions die in directly related destitution. Not even when profits and ‘growth’ demand an unsustainable consumerism which pushes planet earth to the limits of its capacity to support advanced life. Not even when – just this January, to the backdrop of a barrage of demonisation by all mainstream Western media of China and Russia – the Doomsday Clock advanced to one hundred seconds to midnight.

Within each group we find endless internecine hostility. Those who know the world to be run by gangsters with a monopoly on both state violence and, beneath a chimera of media pluralism, the manufacture of opinion may be marxists, anarchists, or on the far right.2 Not that my list is exhaustive, or of sufficient granularity. Each division is host to a plethora of further divisions, the bitterness of their feuds rising in inverse ratio to the ideological distance between them.

(This is what Freud meant by “the narcissism of tiny differences”. And what Life of Brian was getting at in that Judean People’s Front scene. Our pull toward schism reflects in part the ego’s drive to locate itself in difference. In part it reflects capital’s tendency – insightfully observed, I’m told, by the late psychologist, David Smail – to strip us of our collective nature and leave us atomised and alienated, individuated and impotent.)

But back to the gangsters who rule, the common thread binding my July reads. All document their cynicism: in this case a Venezuela ‘opposition’ made in America. Or the cynicism of those who do their bidding: in this case the US presence in Afghanistan, and a British Labour Party “under new management” as Keith Starmer, beneficiary of the dirtiest war ever waged on an incumbent leader, loftily informed his Punch & Judy opposite number, Boris Johnson, this week.

(Starmer’s point being that Johnson needn’t delude himself into thinking this Newest of New Labour will be “soft on Russia” – nor for that matter a sanctuary for critics of the lawless and apartheid state which is Israel.)

And this concludes my preamble to this month’s three reads. With the shortest of them close to 6,000 words, you’ll need to set aside a little more time than I usually ask. 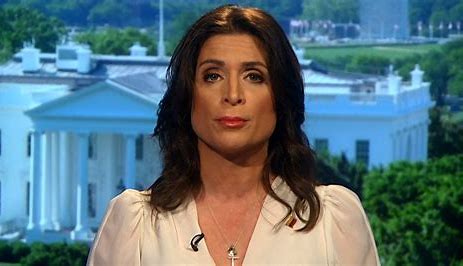 This Grayzone piece by Ben Norton also featured in CounterPunch. Taking a detailed look at the ‘career’ of heiress Vanessa Neumann, it begins as it means to go on:

Since the United States initiated a coup attempt against Venezuela’s elected, internationally recognized government in January 2019, the gang of far-right opposition activists the Donald Trump administration recognized as the country’s unelected representatives have racked up a series of embarrassing scandals.

Top aides of the US-appointed “interim president,” Juan Guaidó, blew hundreds of thousands of dollars of humanitarian aid money on luxury hotels, swanky clothes, and wild parties in Colombia. Violent pro-Guaidó coup-mongers then burnt USAID trucks in a failed putsch on the Venezuelan border, while falsely blaming the fire on the actual president in Caracas, Nicolás Maduro.

Guaidó’s coup gang subsequently set the stage for North American corporations to liquidate Venezuela’s most valuable foreign asset, Citgo. And in another bizarre PR stunt, Guaidó even tried to scale the fence outside of Venezuela’s National Assembly, after refusing to pass through the main entrance.

This July, the representative that the Venezuelan coup regime appointed to the United Kingdom, Vanessa Neumann, threatened several American and British journalists who criticized her on social media.

Neumann’s corporate consulting firm claimed to have reported these journalists to the FBI, and even baselessly accused them without a scintilla of evidence of being “part of an indicted transnational criminal network with a price on your head.”

These threats came just after Neumann’s official Twitter account declared, “Death to Nicolás Maduro.” Neumann subsequently claimed her profile was hacked, while intimidating the journalists who reported on her incendiary tweet.

How a deranged right-wing fanatic ended up as the person the British Government recognizes as Venezuela’s official representative deserves some investigation.

Indeed it does and, while I stripped this excerpt of its many substantiating links, investigation is precisely what Norton delivers. Keep a sick bag close at hand.

“I Could Live with That” … CIA Made Afghanistan Safe for the Opium Trade (7,165 words) 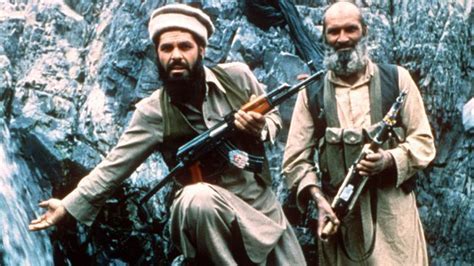 The first image of war in Afghanistan for many Americans was of CBS anchorman Dan Rather, wrapped in the voluminous drapery of a mujahedin fighter, looking like a healthy relative of Lawrence of Arabia. From his secret mountainside “somewhere in the Hindu Kush,” Rather unloaded on his audience a barrowload of nonsense. The Soviets, he confided portentously, had put a bounty on his head “of many thousands of dollars … the best compliment they could have given me. And a small price to pay for the truths we told about Afghanistan.”

Every one of these observations turned out to be false. Rather described the government of Hafizullah Amin as a “Moscow-installed puppet regime in Kabul.” But Amin had closer ties to the CIA than the KGB. Rather called the mujahedin “Afghan freedom fighters … in a  patriotic fight for home and hearth.” The mujahedin were scarcely fighting for freedom, in any sense Rather would have been comfortable with, but to impose one of the most repressive brands of Islamic fundamentalism known to the world, barbarous, ignorant and notably cruel to women.

It was a “fact,” Rather announced, that the Soviets had used chemical weapons against Afghan villagers … [and] that the mujahedin were severely underequipped, doing their best with Kalashnikov rifles taken from dead Soviet soldiers. In fact the mujahedin were well-equipped recipients of CIA-furnished weapons in the most expensive covert war the Agency had ever mounted. They did carry Soviet weapons, but they came courtesy of the CIA. Rather also showed news footage he claimed was of Soviet bombers strafing defenseless Afghan villages. This was staged, with the “Soviet bomber” actually a Pakistani air force plane on a training mission over northwest Pakistan.

CBS claimed to have discovered in Soviet-bombed areas stuffed animals filled with Soviet explosives, designed to blow Afghan children to bits.3 These booby-trapped toys had in fact been manufactured by the mujahedin for the exclusive purpose of gulling CBS News, as an entertaining article in the New York Post later made clear.

Rather made his heroically filmed way to Yunas Khalis, described as the leader of the Afghan warriors. In tones of awe he normally reserves for hurricanes in the Gulf of Mexico, Rather recalls in his book, The Camera Never Blinks Twice, “Belief in ‘right’ makes ‘might’ may have been fading in other parts of the world. In Afghanistan it was alive and well, and beating the Soviets.” Khalis was a ruthless butcher, with his troops fondly boasting of their slaughter of 700 prisoners of war. He spent most of his time fighting, but the wars were not primarily with the Soviets. Instead, Khalis battled other Afghan rebel groups, the object of the conflicts being control of poppy fields and the roads and trails from them to his seven heroin labs near his headquarters in the town of Ribat al Ali. Sixty percent of Afghanistan’s opium crop was cultivated in the Helmand Valley, with an irrigation infrastructure underwritten by USAID.

This piece from CounterPunch editor Jeffrey St Clair is long, but every word more than carries its weight. With forensic eloquence it punctures the self serving myths not only of the US as a force for good in Afghanistan, but of the brazen hypocrisy of two other highly fan-fared wars: the so-called War on Terror, and the so-called War on Drugs.

Corbyn’s Opponents Burned the House Down … Starmer Is King of the Ashes (6,640 words) 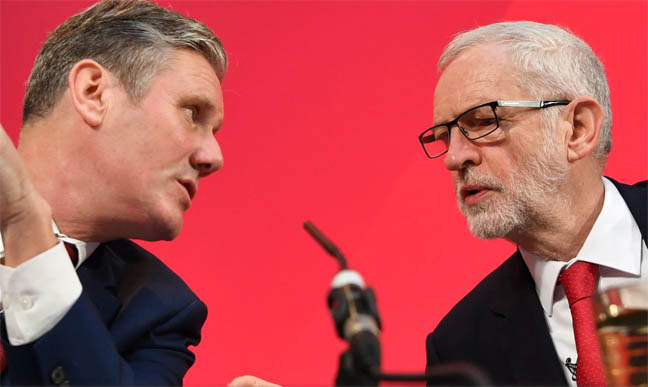 Two news items came to my attention this week. One is that Sir Keith Starmer has authorised a £370k (Telegraph) or £500k (Daily Mail) pay-out to the party’s “antisemitism whistle-blowers”, the other that Jeremy Corbyn faces legal action after criticising those pay-outs.

With regard to the first, this piece from the Jacobin notes that:

It is objectively impossible for anyone to believe that the Labour Party merits investigation for racism, yet the Tories do not. Instead of defending the rights of ethnic minorities, the EHRC is functioning as a protective shield for racism in high places.

Disgraceful as this may be, it’s not difficult to understand why it should be the case. The EHRC does not exist in a vacuum. Most of Britain’s media outlets support the Conservative Party, and even the ones that don’t were bitterly hostile to Jeremy Corbyn.

If the EHRC announced an investigation into the Tories, it would be setting itself up for relentless flak from the Tory press. It faced no such backlash when it put Labour in the spotlight.

With regard to the second news item, the British establishment – in tandem with right wing and liberal media, an alarmingly powerful Israel lobby, and a Labour Right which again and again has shown a preference for electoral defeat over a Left Labour Government4 – is not content with having crushed the hopes that Corbyn briefly but gloriously inspired …

(The unprecedented surge in Labour membership speaks eloquently to those hopes but I don’t suppose Team Starmer will be unduly put out by a now inevitable dwindling party membership. “You can’t make an omelette”, I hear them say, “without cracking eggs”.)

… no, that unholy alliance is bent on humiliating a man by several orders of magnitude – and I say this as one with serious criticisms of Left reformism – their moral superior. The message to anyone minded to launch any attempt at reviving “Corbynism” rings loud and clear. We will not only defeat you, but grind you into the dust beneath our feet.

Let’s not forget though that the prime agents of Corbyn’s defeat were those who sat beside him on the benches of Her Majesty’s Opposition. Which is what this Jacobin piece from Daniel Finn is about. I don’t agree with all he says. In my view he’s too soft on any number of actors – Long-Bailey, Lansman, Becket (Andy not Margaret) and Thornberry for starters. And too addicted to laboured (!) metaphors he doesn’t quite pull off. But such carps aside, this is an edge-of-seat read. However nasty you may have thought the Labour Right – and we did get glimpses through the foul mouthed slanders of John Mann and Margaret Hodge – Finn shows it to be worse.

And he has the smoking guns to prove it.