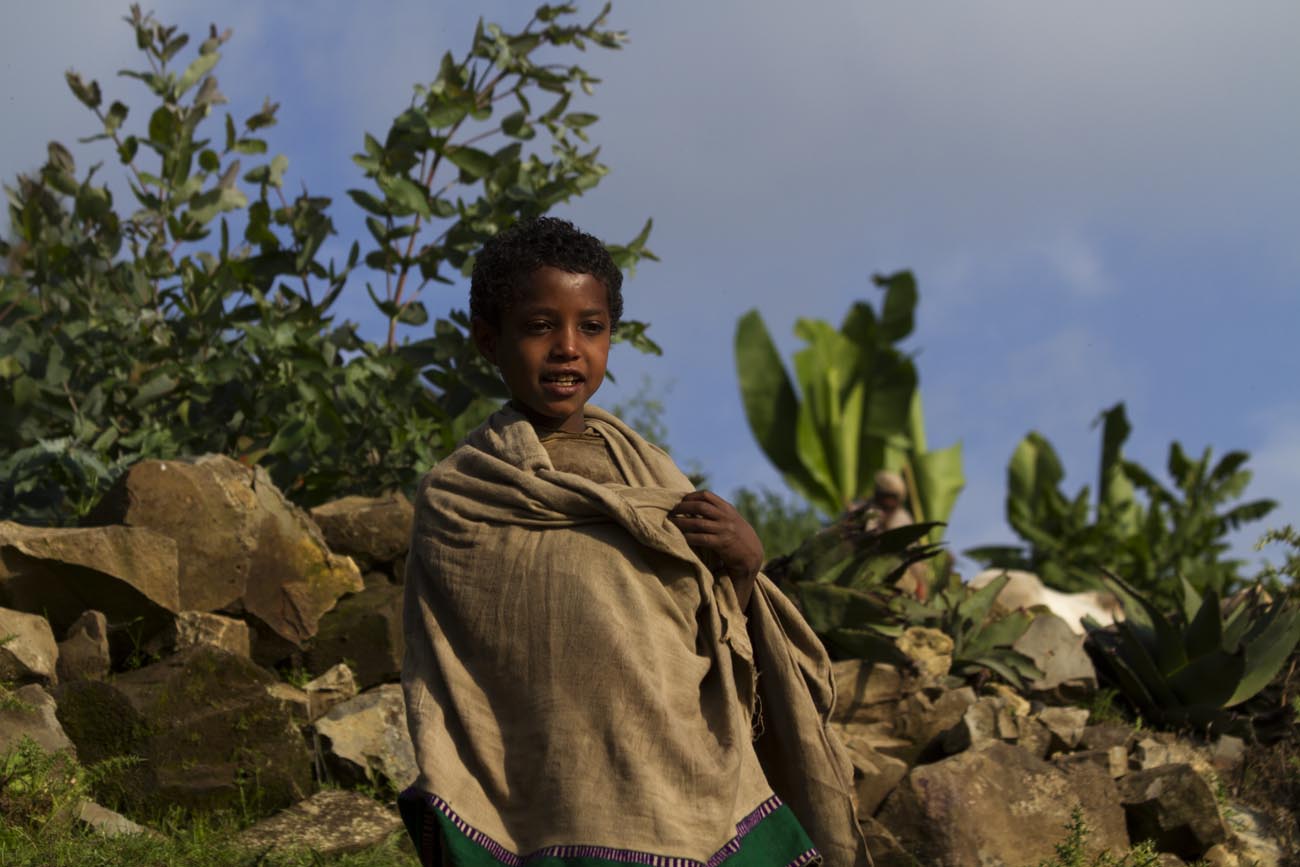 Goatherd in the mountains north of Lalibela and southwest of Tigray

I’m playing catch-up. Friends in the country, of which I have many fond memories, are suffering from general poverty and Covid-19 lockdown. Now they face an escalating war that has already brought in Eritrea (its northern neighbour on the Horn of Africa, once part of Ethiopia) and may draw in Somalia to the east and Sudan to the west as refugees pour over the borders.

Civil war and a humanitarian crisis is raging in Ethiopia, but “luckily” for the country’s prime minister, Abiy Ahmed, he was awarded the Nobel Peace Prize last year. That prize gives him a license to get away with murder.

Western media reports on the conflict which has flared up over the past week routinely refer to Abiy as a Nobel laureate. That gives his claims credibility even when he is telling lies. It gives his actions legitimacy even they are crimes against humanity.

According to Abiy and his cabinet, the central government in Addis Ababa has launched a “law and order” operation in the northern region of Tigray to bring treasonous opposition leaders to justice. Abiy accuses the Tigray People’s Liberation Front (TPLF) of “gangsterism” and “corruption”. He ordered federal military forces to attack the region on November 4 in order to “liberate” the Tigrayan people from the “TPLF junta” which is the regional government.

Since when is a law and order operation conducted with war planes launching airstrikes on the regional capital Mekelle and other cities in Tigray?

Since when is a law and order operation conducted by cutting off all communication, banking, water and electricity to Tigray and its five million population? Abiy’s regime warplanes reportedly knocked out a hydroelectric dam this week in the region, thereby shutting off the power supply. Abiy’s regime denies carrying out airstrikes, but the region is blacked out. There are real fears of mass starvation.

What the “peace prize winner” is doing is waging a war on his own people and using siege tactics and collective punishment to force submission. These are crimes against humanity yet the Western media indulge the Ethiopian prime minister as a man of peace and a “reformer”.

This week there were reports of a “massacre” in the Tigray region. Abiy accused the TPLF of carrying it out. Rights group Amnesty International did not accuse the TPLF but it did confirm video footage showing a hundred or more men had been killed. Amnesty claimed they were “farm labourers” who were not involved in the fighting between federal troops and TPLF soldiers. Media reports quoted the TPLF of denying responsibility for the slaughter, but the version put out by Abiy was given undue credibility.

However, closer video and audio examination by this author showed the victims were from the Amhara region. Now the question is why were hundreds of Amharic men of fighting age sent to Tigray? The answer is Abiy is using federal troops and irregular militia to attack Tigray. Other video footage shows armed militia in civilian clothes being deployed to the Tigray region.

I lived in Ethiopia’s Tigray region for eight years. I witnessed the political rise of Abiy Ahmed who became prime minister in early 2018. The violence currently in Tigray is making it into Western media news, but the truth is Ethiopia has been convulsed by internecine violence in all of its regions since he came to power. Abiy has not brought pro-democracy reforms, as the media make out. He has consolidated and centralized power under a one-party regime.

Tigray is the last bastion of opposition to his dictatorial power-grab. It has strong political leadership and is well defended militarily. That’s why Abiy is turning his firepower on that region.

Who is Abiy Ahmed and what is his agenda? For 30 years up to 2018, Ethiopia was ruled by a coalition government led by the TPLF. The country was fiercely independent in its foreign relations and had a socialist, nationalist economic policy. Foreign capital was tightly controlled. And China was its main investment partner helping the country develop infrastructure and lift many of its 110 million people out of poverty. Ethiopia became a strategically important gateway to the rest of Africa for China and a linchpin in Beijing’s global “new silk routes”. At the same time, the Horn of Africa country was always a close partner with US military and intelligence in the so-called “war on terror”.1

Abiy was formerly a minister in the TPLF-led government, even though he is not from Tigray. He is from the Oromo ethnic group. Previously he was a Lt Colonel in military intelligence and studied at a private US university, Ashland, in Ohio. There is evidence that his rise to power in Ethiopia was facilitated by Washington’s machinations.

The objective was to throw Ethiopia into chaos, decouple it from China’s partnership, and to open up the country to Western capital. Abiy has indeed taken out loans from the World Bank and looks to be orientating the nation away from economic partnership with China.

What was the Nobel Peace Prize about? On coming to power, Abiy hastily made peace with neighbouring Eritrea, thus ending a two-decade stand-off following a bloody border war in the late 1990s.

His award was hailed in Western media as evidence of a “young, pro-democracy reformer” bringing peace and pluralism to Ethiopia and the African Red Sea region. But the Ethiopian people have never been consulted or informed of any detail about the supposed peace deal with Eritrea. In practical terms, there has been no normalization of relations. In other words, the purported detente and his Nobel award was more a PR stunt than anything substantial and deserving of the accolade.

However, that prize has lent the Ethiopian leader valuable prestige and credibility. And it is giving him a license to kill in Tigray.

Finian Cunningham has written extensively on international affairs, with articles published in several languages. He is a Master’s graduate in Agricultural Chemistry and worked as a scientific editor for the Royal Society of Chemistry, Cambridge, England, before pursuing a career in newspaper journalism. He is also a musician and songwriter. For nearly 20 years, he worked as an editor and writer in major news media organisations, including The Mirror, Irish Times and Independent.

One Reply to “Ethiopa: casualty of cold war on China?”