At the beginning of this month the most dangerous nation on earth held the four yearly circus1 by which presidents and other occupants of high office are chosen. Four weeks on, so much has been written, some of it by me – here and here for instance – that I’ve steered clear of it in my chosen reads for this month.

My themes instead are: a murder two days ago in an eastern suburb of Tehran; the contempt of our media for truth; and the dangers – by no means confined to the impoverishment of billions of really existing human beings – of the concentration of the planet’s terra firma into fewer and fewer hands.

This year began with the murder of Iran’s General Quassem Suleimani. (Think Winston Churchill – with a soupcon of Nelson Mandela, JFK and John Lennon thrown in – for an approximation of the respect and affection in which he was held by the chap on the Tehran omnibus.) I used it as organising theme for all three of my January reads. Now we have a second hit to digest, that on Iranian nuclear physicist Mohsen Fakhrizadeh two days ago.

Writing in the Guardian the next day, Simon Tisdall begins:

The assassination … has heightened suspicions that Trump, in cahoots with hardline Israeli and Saudi allies, may be trying to lure the Tehran regime into an all-out confrontation in the dying days of his presidency. Trump’s four-year-long Iranian vendetta is approaching a climax – and he still has the power and the means to inflict lasting damage.

Speculation that Trump might soon initiate or support some kind of attack on Iran … had swirled across the Middle East in the wake of last weekend’s unprecedented meeting in Saudi Arabia between Netanyahu, Mike Pompeo, and the Saudi crown prince, Mohammed bin Salman.

Note the use, de riguer for Guardian and all mainstream media, of the term, ‘regime’. It vilifies Iran’s government (as it does others insufficiently compliant with Washington’s will) to build our consent for subjecting its people to lethal sanctions and the possibility of all out attack.

Note that ‘vendetta’. It trivialises the issue, reducing the acceleratingly titanic struggle between a declining West and rising Eurasia to one more instance of Trump’s volatility. Yes, there are differences between neocons and neoliberals over how best to contain Iran and its backers in Moscow and Beijing, but they are over means not ends. Moreover, there are powerful players in Washington – some likely to serve in Joe Biden’s cabinet – who’ll be there long after Trump has packed his bags and gone; men and women who do indeed espouse a violent ‘solution’ to the ‘problem’ not just of Iran but of two ascendant economies, both of them nuclear powers.2

Note the inclusion of bin Salman alongside Pompeo and Netanyahu, as though such a trio were bosom buddies. If Saudi Arabia is in for the ride, and it most likely is, then it must be the most jittery member of the gang. In my second January read on the Suleimani hit, Professor Michael Hudson, looking at things through Shia theocratic eyes, said this:

Beyond Iraq looms Saudi Arabia … the Great Satan, the supporter of Wahabi extremism, the terrorist legion of U.S. mercenary armies fighting to maintain control of Near Eastern oil and foreign exchange reserves, the cause of the great exodus of refugees to Turkey, Europe and wherever else it can flee from the arms and money provided by the U.S. backers of Isis, Al Qaeda in Iraq and their allied Saudi Wahabi legions.

The logical ideal, in principle, would be to destroy Saudi power. That power lies in its oil fields. They already have fallen under attack by modest Yemeni bombs. If U.S. neocons seriously threaten Iran, its response would be the wholesale bombing and destruction of Saudi oil fields, along with those of Kuwait and allied Near Eastern oil sheikhdoms. It would end the Saudi support for Wahabi terrorists, as well as for the U.S. dollar.3

Though Iran is on paper weaker than the region’s other powers – Israel, Saudi Arabia, Turkey – she has invested heavily in the ability to wage asymetrical war. Nuclear Israel rightly fears her.

In short, here as in other arenas, we won’t get a lot of depth from the Guardian. Pending more telling analyses over the next few days my selected piece, on the WSWS site, offers a useful start point.

I do, however, distance myself from its final two paragraphs. I do not share the WSWS view – indeed, I find it quite bizarre in its lack of class analysis, more befitting Graun and Beeb than an organisation seeking to rebuild the Fourth International – that Trump is set for a fascist power grab. Fascism is a specific response by a capitalist ruling class to serious challenge from the Left. No such challenge can currently be seen in the USA, so why would its rulers, for all their divisions, back a far right subversion of its largely sham (see my second read) democracy? The question is touched on in my recent post on America’s Christian Right.

That aside, this is a useful introductory corrective to Tisdall’s predictable superficiality.

As if to underline the thrust of this piece, when I checked my own link to it I was greeted by this: 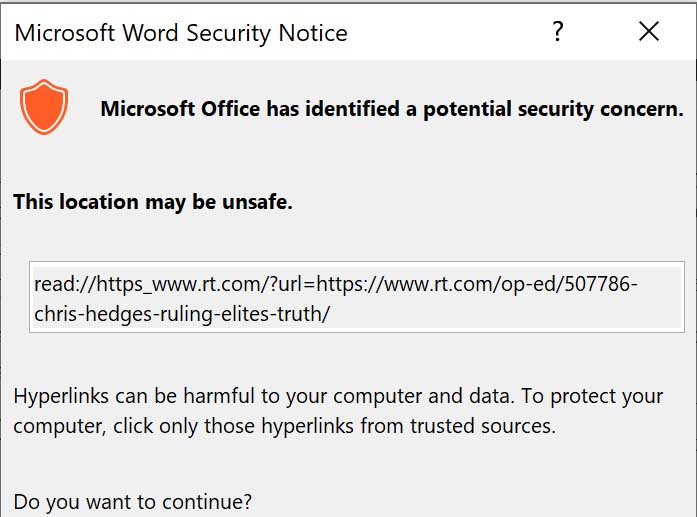 Chris Hedges, Presbyterian minister and journalist of many years standing, can no longer gain a mainstream hearing for his critiques of imperialism. Like others – Jonathan Cook and John Pilger spring to mind, though the list is longer – he must turn to marginalised outlets. This leads to his dismissal as at best a crank and at worst – when, as here, he writes in RT – a “Putin-bot”.

Judge for yourself. As I do Cook and Pilger, I’ll always give a Hedges piece a read. I suggest you do the same. Introducing my previous read, I called America’s democracy a sham. Consent, as any contract and tort lawyer will tell you, is meaningless if not informed. I put it to you that, by extension, democracy and its implied social contract are meaningless if not informed.

Cue for this admirably succinct encapsulation of just how badly, and deliberately so, we are kept in the dark not only by mainstream media but within an increasingly reined in cyberspace.

Land inequality is significantly higher than previously reported. This directly threatens the livelihoods of an estimated 2.5 billion people worldwide in smallholder agriculture.

It is also central to other inequalities – of wealth, power, gender, health, and environment – and linked to global crises of democratic decline, climate change, pandemic, migration, unemployment, and intergenerational injustice. Land inequality undermines stability and sustainable societies, affecting all of us in almost every aspect of our lives.

Land is a common good, providing water, food, and natural resources that sustain all life. It is the guarantor of biodiversity, health, and equitable and sustainable livelihoods. It is immovable, non-renewable. How we manage and control land has shaped our economies, political structures, communities, cultures, and beliefs for thousands of years.

Despite their centrality to many global challenges, inequalities in rights to land and the benefits from it are on the increase, while unsustainable land use is placing a huge burden on those least able to bear it.

The “uneven ground” of the title is where most rural people are increasingly finding themselves. Smallholders and family farms, indigenous peoples, rural women, youth, and landless rural communities are being squeezed into smaller parcels of land or forced off the land altogether, while more and more land is concentrated in fewer hands, serving the interests of corporate agribusiness and distant investors, utilising industrial models of production that employ fewer and fewer people.

Way too little gets said of capitalism’s inexorable tendency to monopoly, visible everywhere you look. Take this example, dear to my heart. Britain’s pubs are closing at a rate of one every twelve hours, with independents taking the brunt. In a hospitality sector marked not only by the rise of high volume/low margins operators, but by the imperative of staying one step ahead through complete pub makeovers once or even twice a decade, few indies can stay afloat.4

It’s the same on high streets dominated by such as Greggs, Superdrug, Iceland and Wilko at the specialist end of retail, the half dozen big supermarket players at the generalised end. Ditto the coffee shops. Ditto even the dental practices. Monopoly is the only game in town.

And these examples, selected more for visibility than global clout, are the tip of an iceberg. The world is ruled by capital concentrated into ever fewer hands. It helps to have an understanding of value – Mandel’s 1969 Introduction to Marxist Theory takes some beating – but for these purposes that is to take a sledgehammer to a walnut. Anyone incapable of seeing the dialectic by which capitalist competition leads – via the need to drive down prices and consequent need for economies of scale – to its own antithesis5 is unlikely to be reading the likes of me!

The age of imperialism – north-south export of capital, and south-north repatriation of profits – is premised on that capital being monopoly capital. Think about it. Am I right, or am I right?

What I’ve been less aware of, however, is the extent to which the same process plays out in land ownership. This report by the Land Coalition plugs the gap. I don’t agree with all of its proposed remedies, though it does make the key point – lost on reformers unable to see that capitalism’s relations of wealth creation, rather than those of distribution, are at the heart of its life negating reality – that land redistribution alone is no solution. Nevertheless, its executive summary sets out, lucidly and within a fifteen minute read, the scale and hydra-headed nature of the problem.

And as with every other aspect of capital’s logic, the alarm bells now ringing – to what effect I could not say – speak to matters going far beyond simple unfairness, however obscene.

2 Replies to “My November reads”