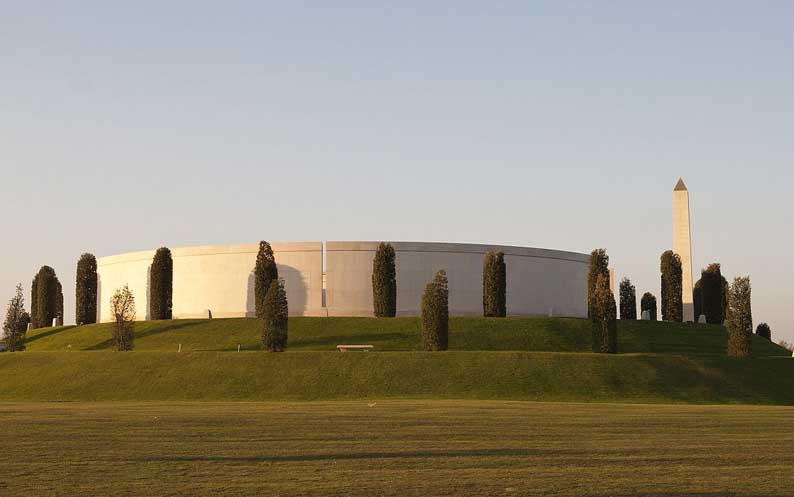 Information Clearing House has today published its transcript of a John Pilger speech in London to a Stop the War fund-raiser, Artists Speak Out.

Britain’s Armed Services Memorial is a silent, haunting place. Set in the rural beauty of Staffordshire, in an arboretum of some 30,000 trees and sweeping lawns, its Homeric figures celebrate determination and sacrifice.

The names of more than 16,000 British servicemen and women are listed. The literature says they “died in operational theatre or were targeted by terrorists”.

On the day I was there, a stonemason was adding new names to those who have died in some 50 operations across the world during what is known as “peacetime”. Malaya, Ireland, Kenya, Hong Kong, Libya, Iraq, Palestine and many more, including secret operations, such as Indochina.

Not a year has passed since peace was declared in 1945 that Britain has not sent military forces to fight the wars of empire.

Not a year has passed when countries, mostly poor and riven by conflict, have not bought or have been “soft loaned” British arms to further the wars, or “interests”, of empire.

Empire? What empire? The investigative journalist Phil Miller recently revealed in Declassified that Boris Johnson’s Britain maintained 145 military sites – call them bases — in 42 countries. Johnson has boasted that Britain is to be “the foremost naval power in Europe”.

In the midst of the greatest health emergency in modern times, with more than 4 million surgical procedures delayed by the National Health Service, Johnson has announced a record increase of £16.5 billion in so-called defence spending – a figure that would restore the under-resourced NHS many times over.

But these billions are not for defence. Britain has no enemies other than those within who betray the trust of its ordinary people, its nurses and doctors, its carers, elderly, homeless and youth, as successive neo-liberal governments have done, Conservative and Labour.

Exploring the serenity of the National War Memorial, I soon realised there was not a single monument, or plinth, or plaque, or rosebush honouring the memory of Britain’s victims — the civilians in the “peacetime” operations commemorated here.

There is no remembrance of the Libyans killed when their country was wilfully destroyed by Prime Minister David Cameron and his collaborators in Paris and Washington.

There is no word of regret for the Serbian women and children killed by British bombs, dropped from a safe height on schools, factories, bridges, towns, on the orders of Tony Blair; or for the impoverished Yemeni children extinguished by Saudi pilots with their logistics and targets supplied by Britons in the air-conditioned safety of Riyadh; or for the Syrians starved by “sanctions”.

There is no monument to the Palestinian children …

5 Replies to “The most lethal virus is War”