Re John-Mark Considine’s claims​ of frenetic Sinophobia in the West, see the first of my China Reads, a closer look at the allegations, given wall to wall publicity despite evidential paucity, of “Uighur genocide”.

Re my own claims, see my second China Read, on how its governance and planning actually work – as opposed to buying as gospel every scattergun and dependably negative depiction Guardian and BBC, Washington Post and CNN, are selling. (That post also shows how China’s super rich do not enjoy the levels of power over state policy their Western counterparts, below an increasingly thin veneer of democracy, do.)

See also the third of my China Reads posts for some of that “wealth of empirical data” on how China has lifted hundreds of millions from poverty, leaving only a tiny proportion still in that damning category.1 And how Belt & Road promises to do the same for the billions at best failed – and more commonly crushed and exploited – by capitalism in the rest of the global south.

As part of my own pivot to China – not to be confused with Mr Obama’s stepping up of US hostility on behalf of the elite of rentiers who truly rule America and satellites (including, for the foreseeable future and for all its discomfort, the EU) – I’ll be arguing in future posts that China’s rise offers humanity its sole ray of hope.

That third China Read links to an essay – The Long Game and its Contradictions – by Berlin based He Zhao. I’ll be quoting from it again in a future post but for now here’s a taster.

Nationally, the communist party aims to build a harmonious, prosperous, sustainable, and robust home base on which international engagements will rest. Domestic policy of 21st Century China hinges not only on orthodox Marxist class struggle, but a hybrid with quasi-Confucian Social Harmony. Revolutionary ideology has evolved from its earlier modes and conceptions, adapted to the particulars of Chinese culture, history, and present situation. 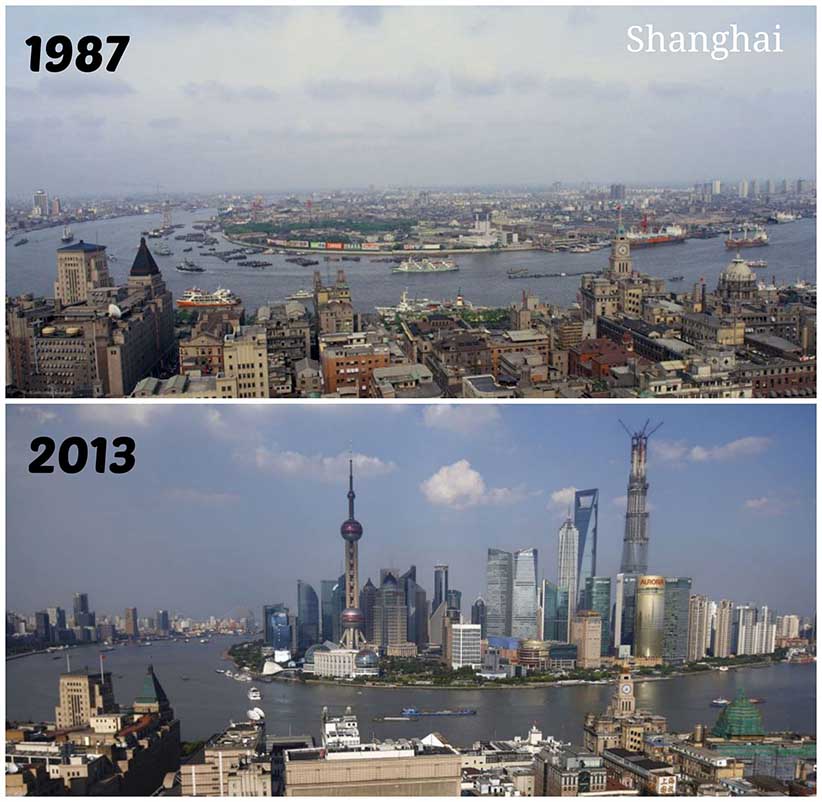 During the first phase of Reform and Opening up, roughly 1980 to 2000, developing from having lower GDP than African average, China has focussed on building the productive forces on top of the industrial foundation laid down in the previous era, growing a strong mixed economy for which foreign investment was crucially important, and drastically improving conditions for the working class and rural poor. The second phase, roughly 2000 to now, has been focused on overcoming the problems which have arisen from the developmental process of the first phase. Uneven development/wealth inequality, corruption, pollution/environmental degradation, and various labour issues are problems par the course of adopting a hybrid economy in a global market dominated by neoliberalism, and of using private entrepreneurship as a tool of development.