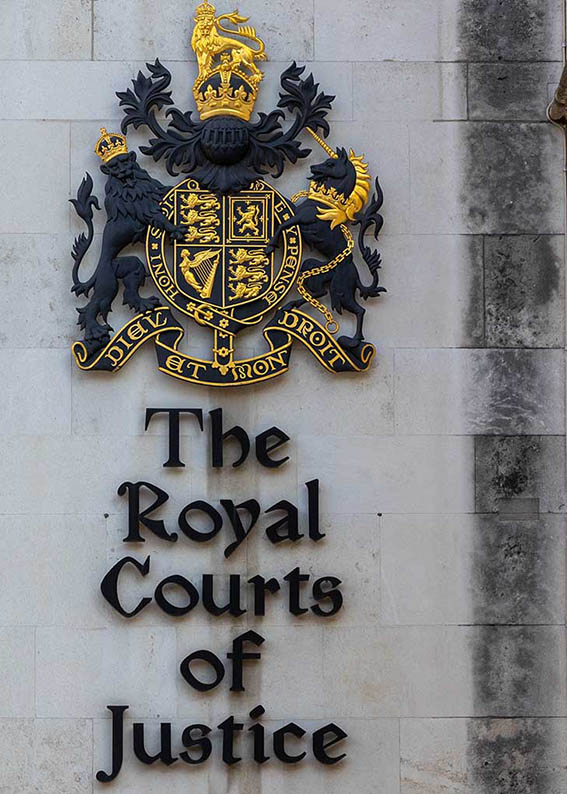 London yesterday. Britain’s High Court has granted the US leave to expand its grounds for appealing an earlier UK court decision to block the extradition of Julian Assange to the USA. His slow journey toward a US jail for the rest of his days, because he told us the truth about US and allied war crimes, has taken a significant step forward.

District Court Judge Vanessa Baraitser had in January ruled that Julian might kill himself under US prison conditions. That hearing was reported from the gallery by the former UK Ambassador Craig Murray; corporate media having shown little interest – though the significance for journalism of Julian’s decade of persecution could hardly be greater.

(Craig is now himself doing time after a perverse judgment by Scottish judge Lady Dorrian.)

Baraitser’s January ruling, denying the US extradition request, was the right outcome for all the wrong reasons. The request was denied not because patently political, so invalid under UK law.

Not because the CIA had a surveillance firm bug Julian at the Ecuador Embassy, an infamy which should have seen even a non political case thrown out.

And not because Julian Assange did nothing mainstream media did not. (Revealing information from covert sources is not a crime, and stories run by Guardian, New York Times, Der Speigel, Le Monde and El País did exactly the same.) To make it a crime the Americans had to draw a spurious and dangerous line between ‘real’ journalists and ‘non journalists’.

As former Guardian columnist Jonathan Cook has noted, journalism is not like medicine or law, where certification is needed for public protection. A journalist is one who does journalism. It’s that simple. On the most vital issues of our day, Julian was doing journalism. It is not the public which is in need of protection from what he told us, but the holders of high office whose evils he and Wikileaks exposed.

And the Americans knew the distinction was flimsy. Hadn’t Barack Obama, no friend to whistle-blowers and keen to see Julian behind bars, backed off for just this reason? To make the man a criminal the authorities needed also to make him a ‘source’ rather than a ‘media partner’. 1

Hence the significance of the fact that, since Baraitser’s ruling, we have learned that the FBI bribed a key witness to lie on a vital matter. Sigurdur Thordarson, a sex offender who stole $50,000 from Wikileaks, told FBI agents that Julian had asked him to hack or access phone recordings of Icelandic MPs. He has since admitted not only that this is a lie, but that as a quid pro quo the FBI granted immunity on charges they had against him. Full story here. 2 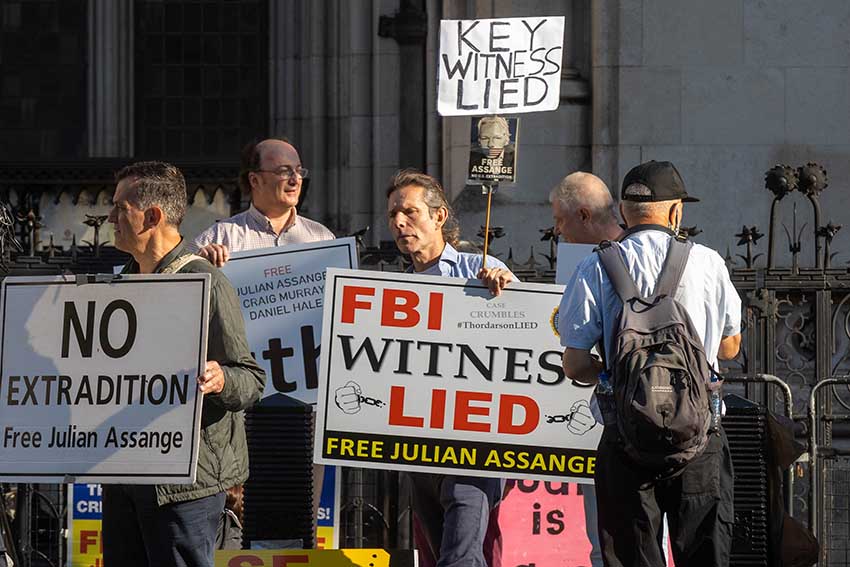 None of these facts, any one of which should alone have been fatal to the US case, informed Vanessa Baraitser’s ruling in January. (Or, in the case of Thordarson’s lies, a cross appeal never made because, presumably, the narrowly technical grounds of legal appeals – though serially indulged on the US side – do not permit it.)

Rather, Baraitser denied extradition on ground of Julian’s mental fragility and the notorious conditions of US jails. A cynic might say – since my own selection of egregious factors barely dents the full set of grounds for cynicism (next image) – that her ruling made a show of plucky john bull judicial independence while leaving the door wide open to a US appeal … 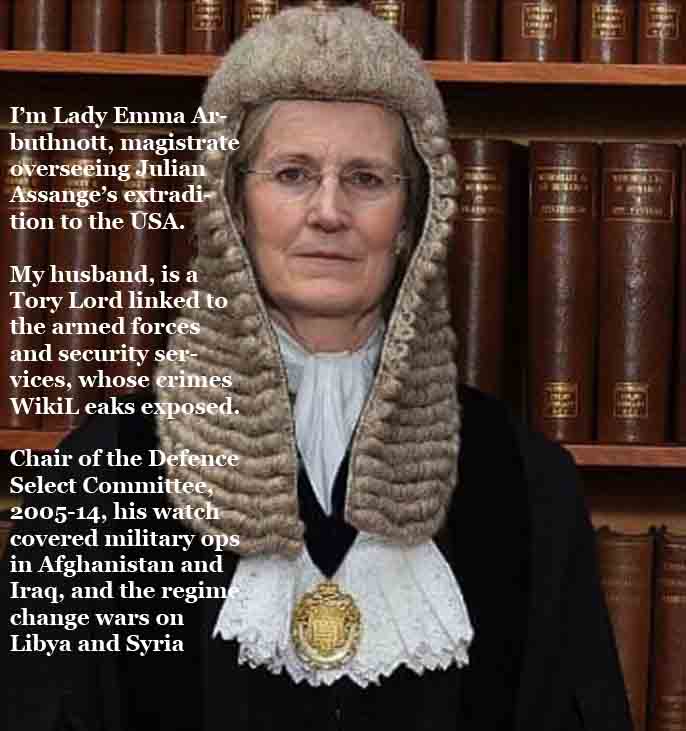 … and that this could not have been mere ineptitude.

At any rate Clair Dobbin, the British QC doing the US bidding yesterday, ‘reminded’ the court that Julian “orchestrated one of the largest thefts of data in history”. But even if this claim was not itself so legally tendentious, in what moral universe could data theft be more serious than murder and rape, torture and the supreme international crime of initiating aggressive war?

And on that basis a legally valid ‘public interest’ ground for any such ‘theft’? 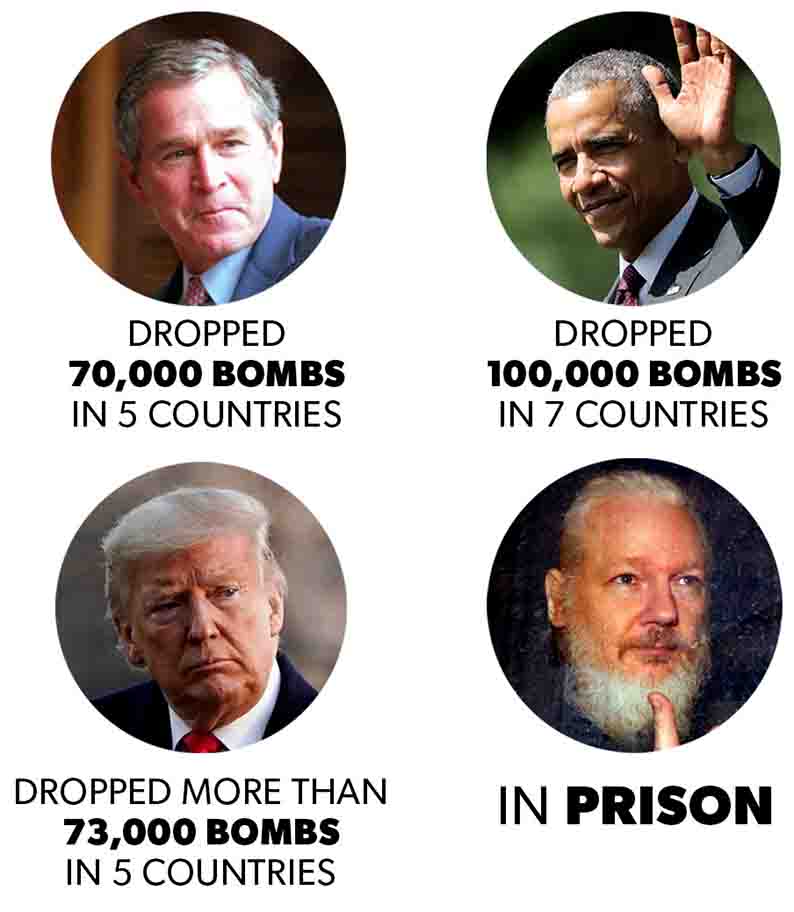 Dobbin then went on to the substance of this narrow aspect of the US case: Baraitser had, she told the court, given too much weight to the testimony of one expert witness, a psychiatrist who declared Julian at risk of suicide in the event of incarceration in a US jail. That expert, she said, had “for understandable human reasons” – but the law is the law – presented Baraitser’s court hearing with biased testimony. 3 4

The court agreed, removing one more obstacle to this brave man’s incarceration for life.

I understand that October is now being mooted for the appeal proper.

On a personal note, at eight am yesterday I exited Holborn Tube to head south along Kingsway. At the T-junction which is Aldwych (“the old trading place”) I turned left past pretty St Clements (one of two contenders for nursery rhyme status) to join protesters outside the magnificence of the Royal Courts of Justice. It was only 08:20 but a small gathering was making itself heard. 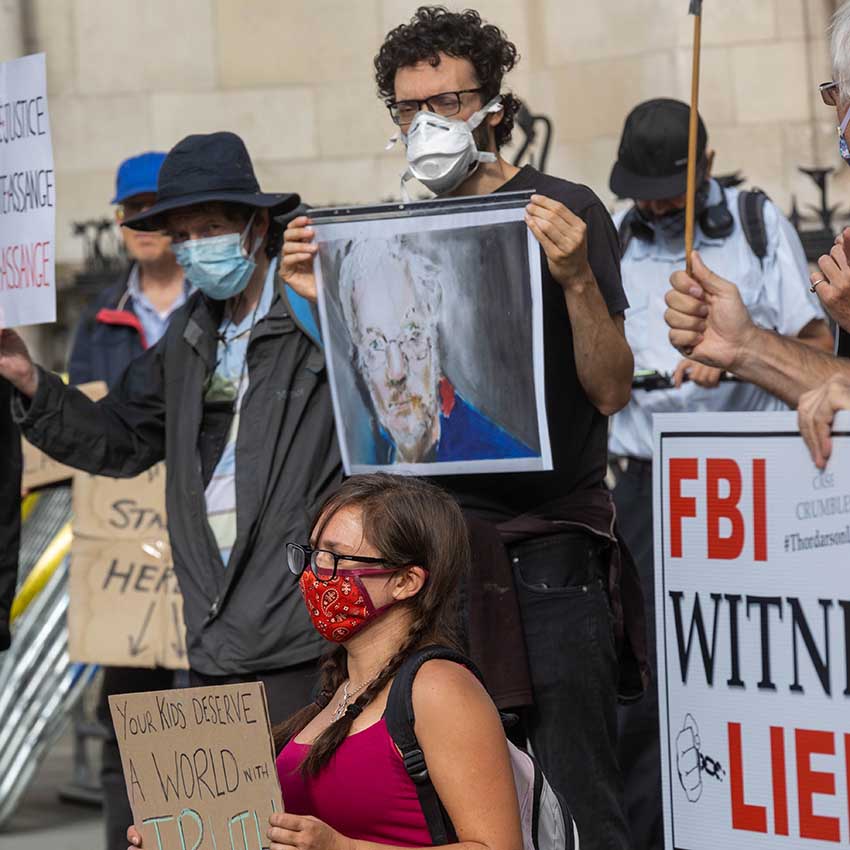 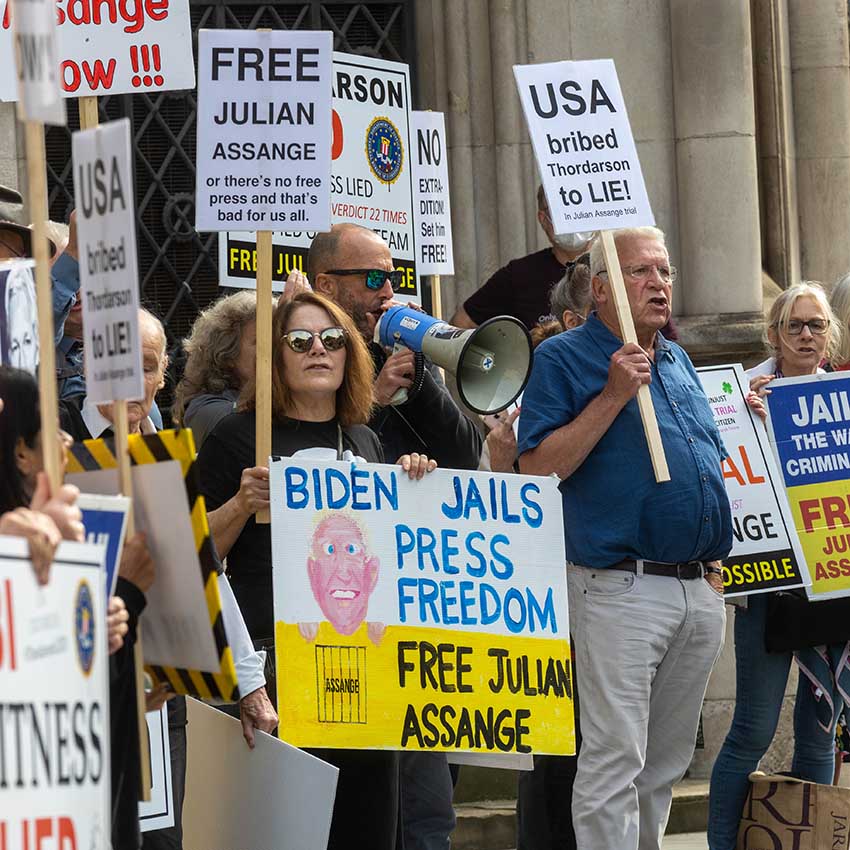 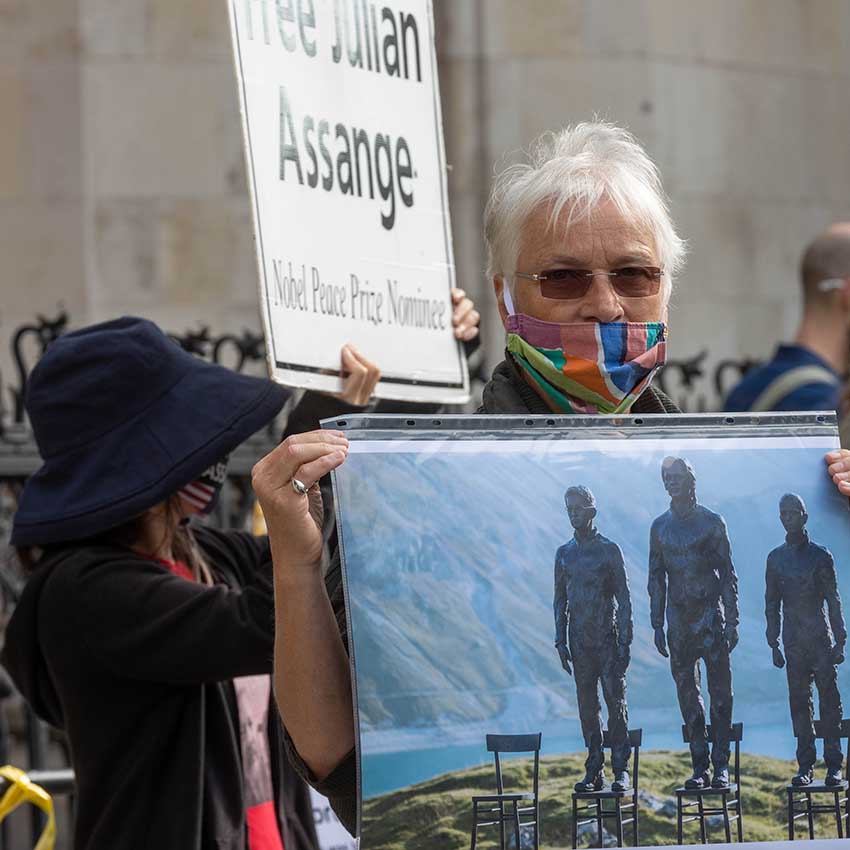 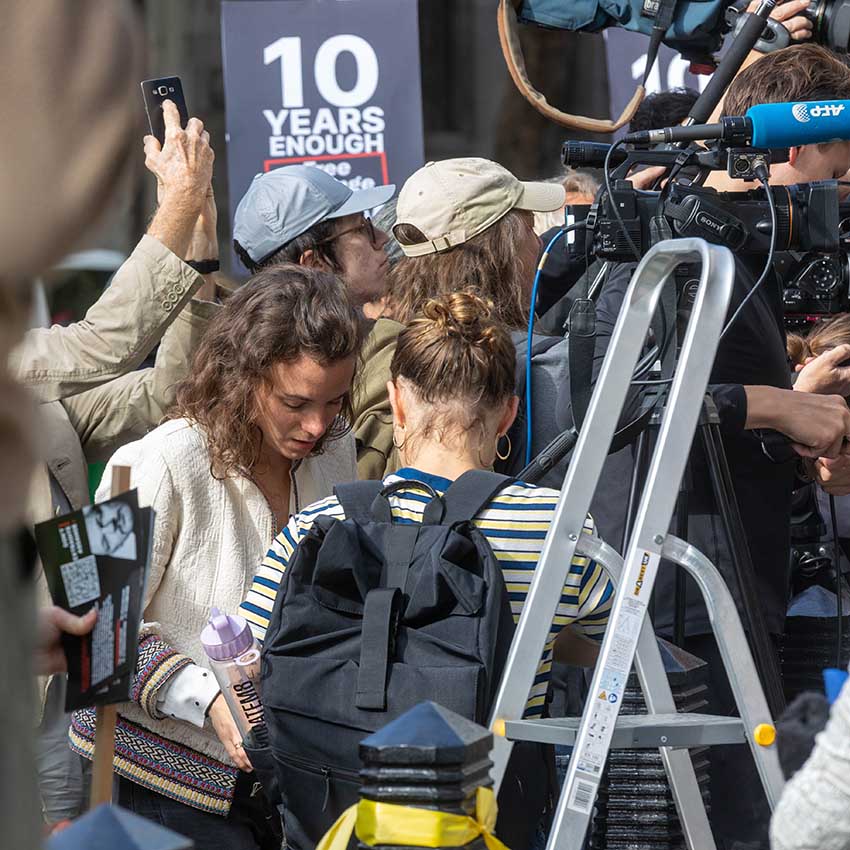 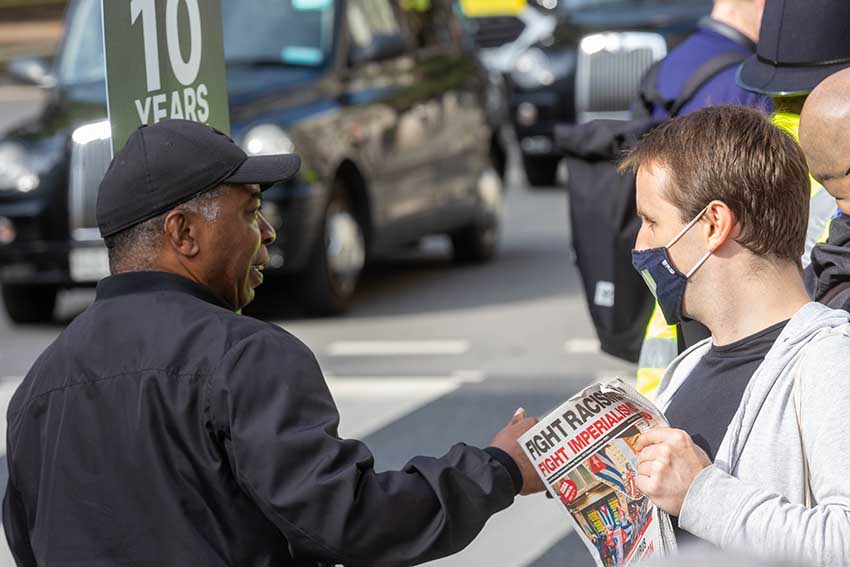 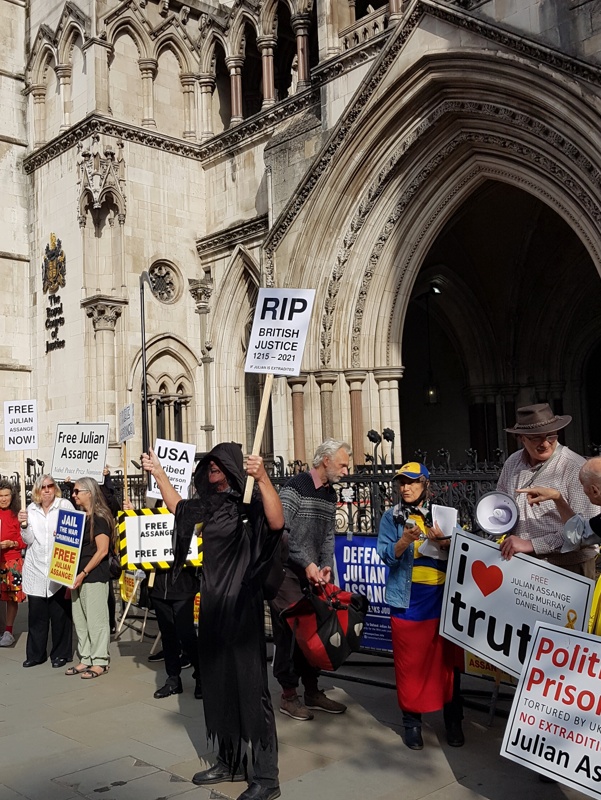 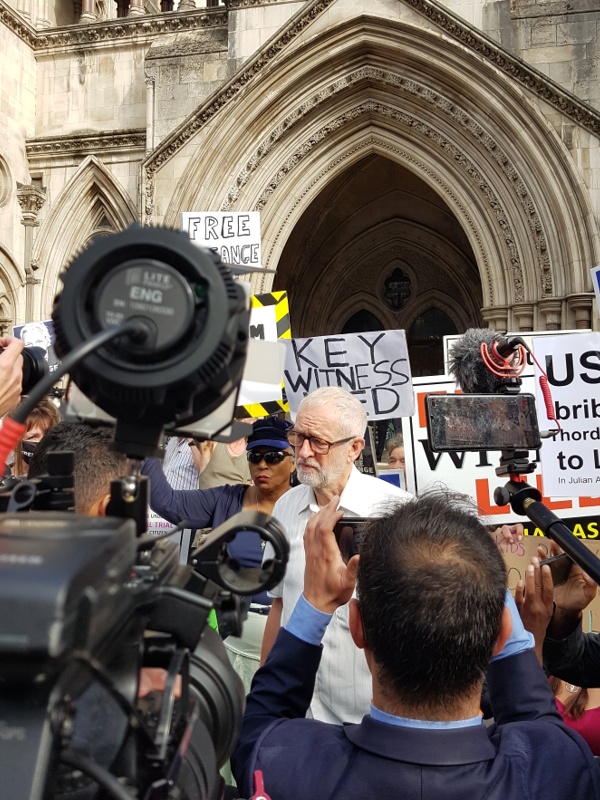 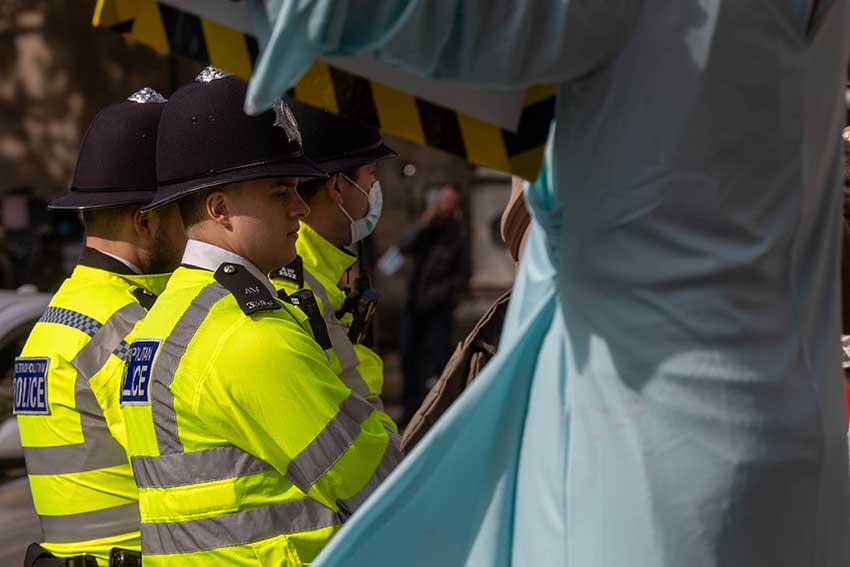 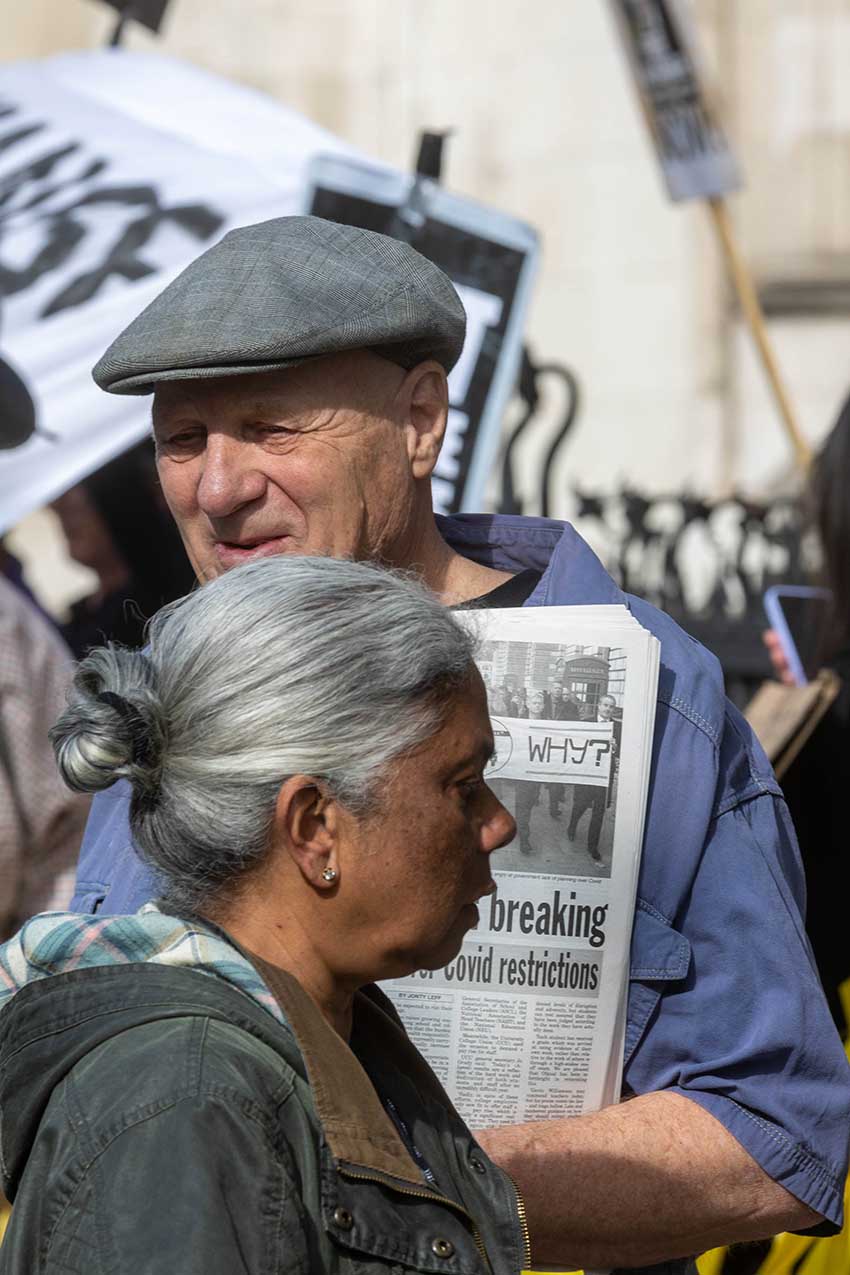 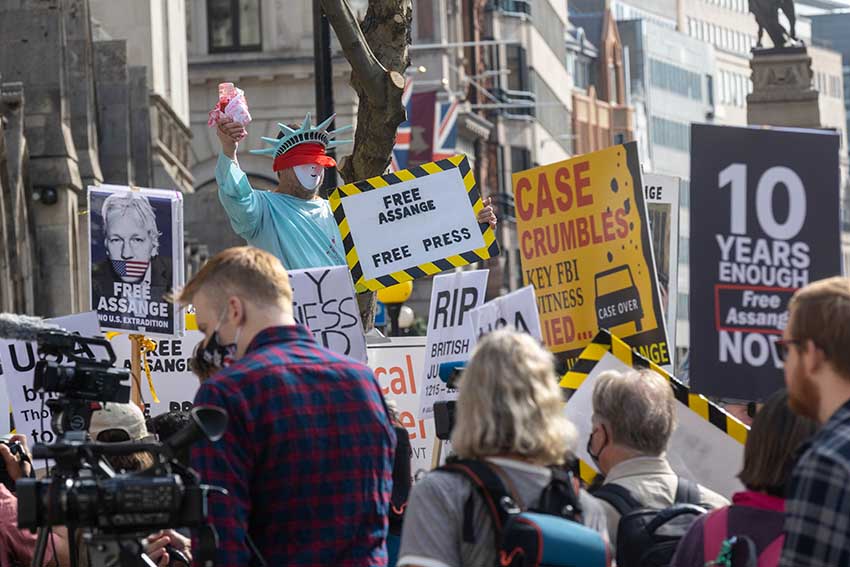 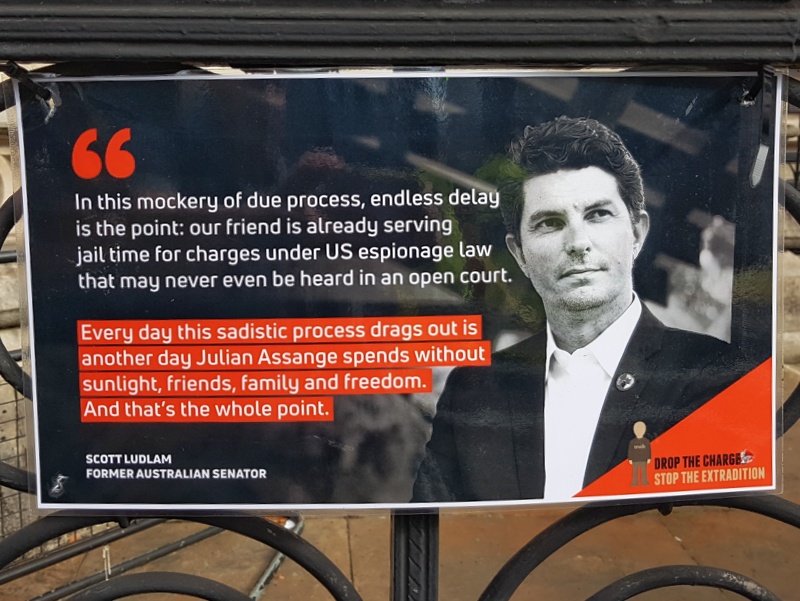 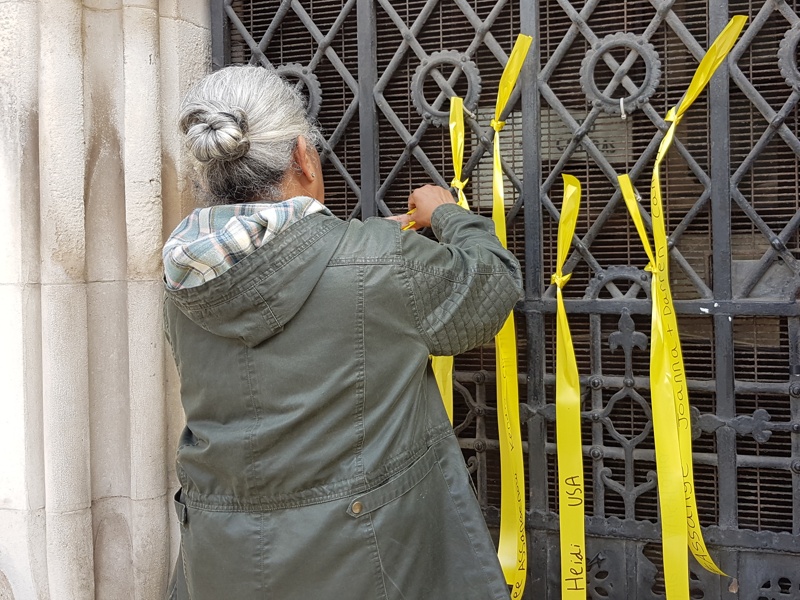 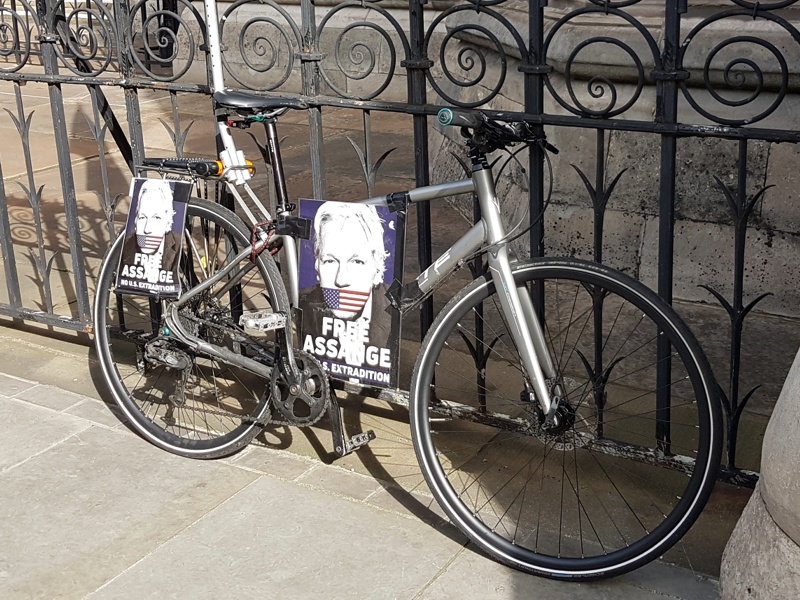