Life is not an easy matter. We cannot live through it without falling into frustration and cynicism unless we have before us a great idea to raise us above personal misery, above weakness, above all kinds of perfidy and baseness. Leon Trotsky 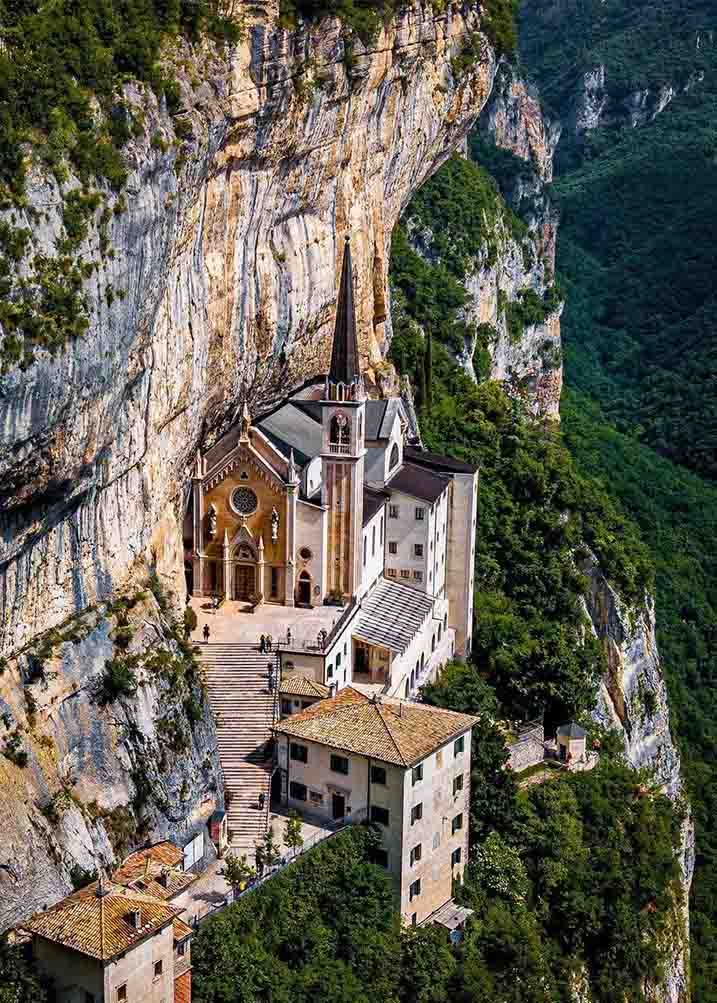 Why do Western intellectuals have such a tough time distinguishing cynicism from scepticism? How hard can it be? Cynicism is the position of choice for arrogant cowards since (a) you don’t have to risk anything and (b) you get to feel superior to those who do.

Scepticism by contrast calls not only for rigour and a modicum of originality in sifting claims to arrive at truth. In my neck of the woods the truth once established, e.g. that beneath a facade of democracy the West is ruled by gangsters, does not make you popular. Many will dismiss it out of hand as ‘extremist’ (read: too far outside the slit window of corporate media purview). Some will say truth does not exist else cannot be known (either way a self negating claim). Then there are hard core cynics who’ll pretend to agree while insisting that China, whose rise those same gangsters dread, is “just as bad” 1 …

… so can we all please go back to sleep?

(The gangster truth I liken to knowing the world to be a sphere orbiting the sun when orthodoxy has it as a disk, with the sun doing all the heavy lifting. I once read a sci-fi yarn of a realm where everyone is blind. A one-eyed stranger arrives. Is he made king, as per the proverb? Of course not! He is reviled and as I recall – it was a while back I read this – extradited on spying charges carrying a 175 year jail sentence.)

In fact some educated folk are so far gone in their confusion as to take pride in their cynicism. With patronising smile held to a polite flicker, they shake their wise heads and tell us:

I’m too much the cynic to fall for that …

Which to me is like discreetly bragging about being a paedophile.

Why such widespread cynicism among the intelligentsia? Is it Darwin’s assault on God that still – try as we might to shrug it off – unsettles us? 2 Or curtain call on colonial rule?

Did loss of formal Empire sow seeds of doubt, for those who still believed in a supreme deity, that God might not be an Englishman after all? Did the bloody crack-down in Hungary – eight months after Nikita Kruschev had held forth in the Kremlin on the misdeeds of Stalin 3 – have a similar effect on Left intellectuals the world over as they made confetti of their Party cards?

Then there’s Watergate (and Vietnam) to herald, or synchronise, a slow and barely conscious slippage of faith in a Free World whose authority – police and judiciary as well as politicians – could be trusted unconditionally.

One tries to avoid reductivism of course. In any case the origins of intellectual cynicism matter less than that while it anaesthetises and protects, it also neuters and enervates. To these ends it is facilitated by a neoliberal philistinism which hijacked and sucked dry all that was good about postmodernism – as the latter’s most prescient critics had, forty years ago, told us it would. The overall effect being to marginalise our intellectuals, those on the left especially, as pointlessly walking confirmation of Trotsky’s words.

All of this leads to a series of recent exchanges with a friend. I reproduce them with that friend’s permission on condition of anonymity. A few edits remove irrelevances inevitable when pals correspond, and/or redact clues that might otherwise enable ‘jigsaw identification’.

Those aside, nothing has been altered, save for addition of two editorial notes, clearly flagged as such.

Looks like the rightyhos are really going for it

The link is to an item on a new right-wing broadcaster, its advertisers having second thoughts. See this post for how ad reliance makes a mockery of ‘media independence’, including that of the BBC and its non British equivalents.

I think this is the critical bit:

within four days of the launch at least 11 advertisers had already suspended their marketing with the channel, or at least paused it to review its content.

Tariq Ali’s term, the extreme centre, springs to mind. Modern neoliberalism gains too much from its ‘woke’ clothing to put any real weight behind such a venture. (And as with left media, the market discipline of advertising obviates any need for conspiracy.)

You know, I could almost sympathise with Trump’s supporters. The ‘liberal establishment’ did indeed fight very, very dirty. That I don’t sympathise is because Trump’s supporters were as wrong about him as his enemies were. Both saw in him something different. He was not, and there was far more continuity in his policies – especially but not exclusively his foreign policies – than is recognised.

Neoliberalism doesn’t – for now at least – need a maverick Right. Such forces only have a place when there’s a real threat to capitalist rule from an organised left – think Italy and Germany in the interwar years. To be sure, there is a very real and very frightening drift towards greater authoritarianism but this is often as not coming in with IdPol cover, to  applause from ‘progressives’. For the time being, fascism and even social conservatism are out of step with realpolitik.

I don’t see a few advertisers pulling or ‘reviewing’ their marketing strategies regarding GB news signifies a shot across its bows so much as the kind of diffusion the same advertisers trade in.

I remember veteran Syria watcher and Indie columnist Patrick Cockburn raising a couple of cheers for Trump’s foreign policy schtick a year or two since. In terms of Realpolotik the failure of the left to  organise or even agree about much is characteristic and ongoing

I don’t personally see a generic difference between state capitalism and western capitalism since they’re all competing for resources and markets.

I don’t see a few advertisers pulling or ‘reviewing’ their marketing strategies regarding GB news signifies a shot across its bows so much as the kind of diffusion the same advertisers trade in.

Nor do I. Mine is a different point. In itself “a few advertisers” means nothing. I speak of it as (possible) indicator, not as the phenomenon itself. The two are quite different!

I remember veteran Syria watcher and Indie columnist Patrick Cockburn raising a couple of cheers for Trump’s foreign policy schtick a year or two since. In terms of Realpolotik the failure of the left to organise or even agree about much is characteristic and ongoing

It is. Your point being?

I don’t personally see a generic difference between state capitalism and western capitalism since they’re all competing for resources and markets.

Much of the far left, ie the Trotskyism to which I once subscribed – would agree with you. I no longer do. A critical difference between China and the West is that its capitalists – for now needed, as shown by the hundreds of millions lifted from extreme poverty as even the US controlled World Bank acknowledges – are subordinate to state planning. In the West it’s the opposite. Socialism it ain’t – how could it be when the Western left’s failure to make revolutions obliged China to adapt to global conditions of entrenched [neo-] liberalism? – but for capitalism’s most intelligent critics, like me (:-), the biggest problem is its anarchic laws of motion. These drive it to ecocide, war, and levels of inequality as dysfunctional as they are obscene. Indeed, from a certain point of view industrial capitalism, barely three centuries old and already in its advanced monopoly stage of imperialism, is its own worst enemy! Might the CCP lose its grip on its capitalists? It might. But till I see hard evidence of that happening, I see China’s rise as the only ray of hope in the dark circs in which humanity finds itself.

It’s hard to avoid cynicism. It is the position of choice for arrogant cowards – and we all have that in us – because (a) we don’t have to do anything and (b) get to feel superior for good measure! But hard as it is, purely personal responses to the state we’re in have for me at any rate proved over and over to be sterile dead ends.

There’s a lot more to say and I hope we do. I may want to publicise this exchange (anonymously on your side, unless you wanted to go public yourself). Would you object? We could perhaps continue the dialogue on my site …

Is it coincidence, irony or sadly inevitable that iPhones, the acme of consumer capitalism,  are made in China incorporating rare metals bamboozled (probably) out of hard-up African republics?

No it is not coincidence. China’s rise owes a great deal to its recognition – again in the face of the Western Left’s failure to make its own revolutions – of the need to adapt to global conditions of entrenched neoliberalism. It has caught the Empire by surprise precisely by the speed of its move from sweatshop for the West to challenger for dollar hegemony.

I should perhaps have responded specifically to my friend’s allusions to China’s relations with Africa. (Gleaned, I dare say, from corporate media whose trustworthiness rises and falls in inverse ratio to the importance our rulers attach to the subject.) But the work of contrasting Belt & Road with the West’s abject failure, over centuries of exploitation, to lift that continent from impoverishment is a big subject whose surface I barely scratch in posts like this. Ditto that of contrasting the terms, on the one hand of development loans by the AIIB (Asian Infrastructure Investment Bank), on the other those of IMF and World Bank loans conditional on the ‘market reforms’ which deliver state sectors in the global south to an avid Wall Street.

Yes if you think it worthwhile but I prefer to remain unattributed – so I can feel free to contradict myself!

Cheers – yes, will preserve your anonymity. I hope to have this up soon, unless distracted by global events!

In general I don’t like prolonged political debate offsite. One thing I learned early as a blogger is that some folk will, at no risk to themselves – or, other than gish-galloped “read this and this and this” links, any real input on their part – have me do all the heavy lifting for their momentary diversion. I want to know people are serious before putting much effort into engaging them. I’ve more important things to do.

That said, people may seem time-wasting, aimless intellectuals but beneath I sense, rightly or wrongly, a genuine yearning for truth. I once had a convo with [a mutual friend long deceased] on this, apropos the Lennon song, Just gimme some truth.

Be that as it may, I have in the past gotten useful posts from offsite as well as BTL exchanges. Wouldn’t dream of naming my interlocutors without their say so.

5 Replies to “Correspondence with a friend”