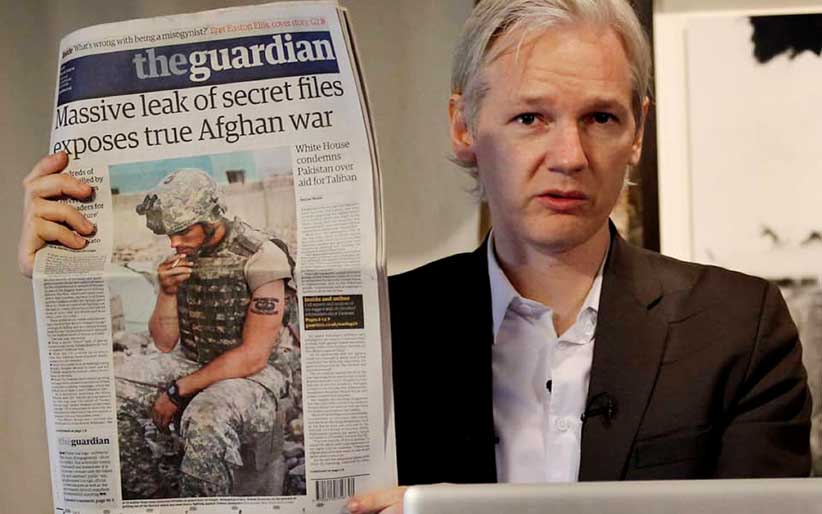 I have at times spoken, here for instance, of America’s military-industrial complex as – inter alia – a way of transferring wealth within the USA from the many to the few. In the context of US withdrawal from Afghanistan, Caitlin Johnstone, quoted in my post of two days ago, made the same point in her inimitable way:

If western mass media were anything remotely resembling what they purport to be, they would be making sure the public understands how badly their government just fucked them. Instead it’s “Oh no, those poor Afghan women”.

If the US had a free press and was anything like a democracy, the government wouldn’t be getting away with squandering thousands of lives and trillions of dollars on a twenty-year war which accomplished literally nothing besides making assholes obscenely wealthy. 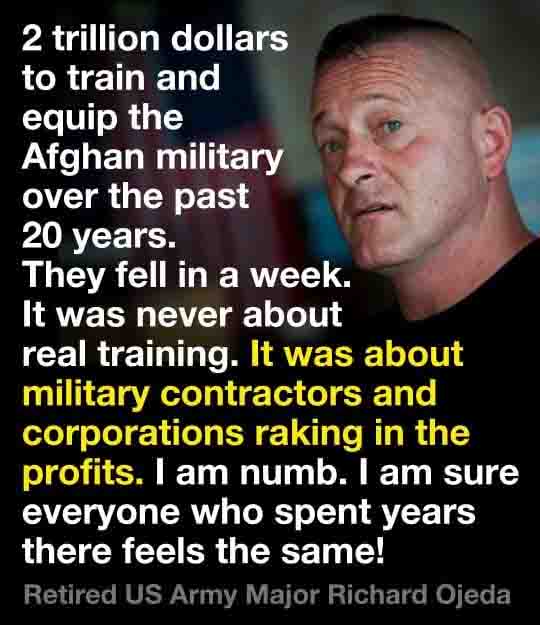 Some say empires are ‘economically irrational’ because they cost more than they bring in. The British spent more in India than they were able to extract, and they extracted quite a bit. So too with the Americans in the Philippines and in Central America.

But the people who pay the costs of empire are not the same as those who reap its rewards. As Thorstein Veblen pointed out in 1904, the gains of empire flow into the hands of the privileged business class, the large overseas investors, while the costs are extracted from the general treasury, that is, from ‘the industry of the rest of the people.’

The same has been true in regard to Iraq [and Afghanistan]: US taxpayers have carried the costs and are paying the debt that the war brought, while Halliburton, Blackwater, and a hundred other corporations reap the fat no-bid contracts and corrupt dealings, almost all of it not audited …

… Along with immensely profitable war contracts comes increased income inequality and the defunding of public services. The impoverishment of public services is not only one of the costs of empire; it is one of the goals. The imperial rulers wage war not only against people in foreign lands but against their own populace as well, diminishing their demands, expectations, and sense of entitlement.

Parenti, M. The Face of Imperialism

In a FB comment yesterday, my virtual friend John-Mark Consadine draws it all together:

Do not delude yourselves into thinking this two decade war of occupation and genocide was a reckless folly or a short-sighted investment with no payout. The occupation and pacification project was defeated but it paid dividends to the profiteers in Washington and Wall Street. Some $1 trillion 1 in taxpayer funds spent; hundreds of thousands of innocent civilian lives destroyed in Afghanistan alone, not to mention the broader “War on Terror” of the last 20 years. These moral debts do not factor into the ledgers kept by the imperialists who are even now sitting pretty tracking oil futures, signing “defense” contracts, and depositing national security think tank grants. 2  They might lament the loss of further plunder and pride in Afghanistan but they do not regret the last two decades in the war room.

I’ve been saying it a lot of late. I’ll say it again now. Behind a facade of democracy, the West is ruled by gangsters.

9 Replies to “Afghanistan: who bears the costs?”