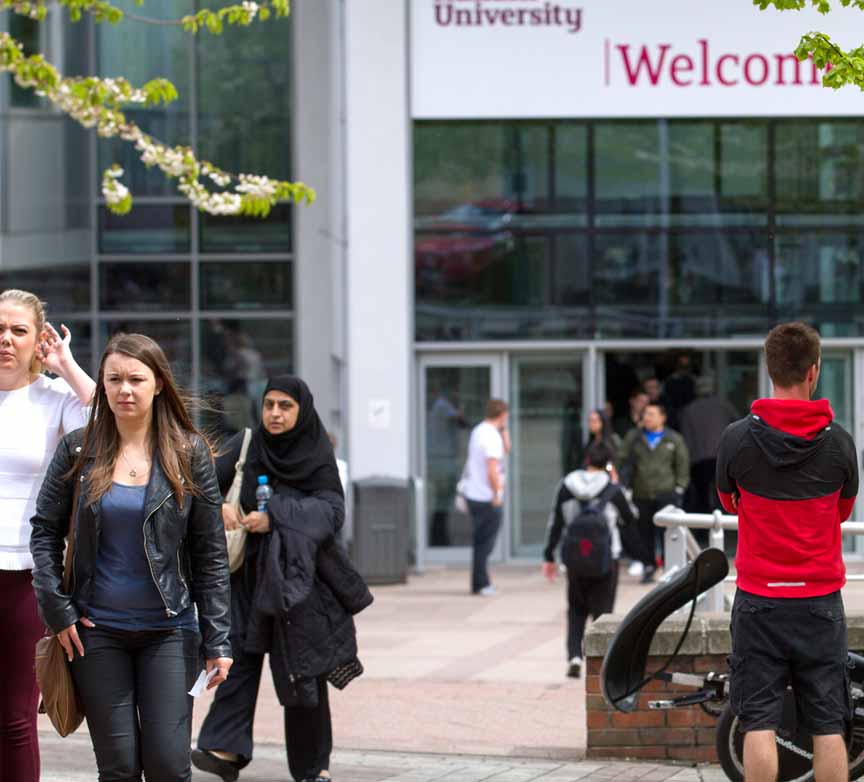 My battle with Sheffield Hallam University (SHU) over its treatment of me as one of more than eight hundred part time lecturers – almost forty percent of its academic workforce 1 – on a zero hours contract is now over nine years old. 2 That’s how long SHU, rather than defend its practices – the particulars of my case – has at every turn sought to have that case thrown out on technical grounds. A ruling in my favour on November 9, 2021, means that SHU must finally answer to those particulars.

That November 9 victory centred on whether my claims of unfavourable treatment, as regards holiday and pro rata pay, were admissible. Nine days later, SHU made a significant concession to its zero hour ‘associate lecturers’ on these very points. 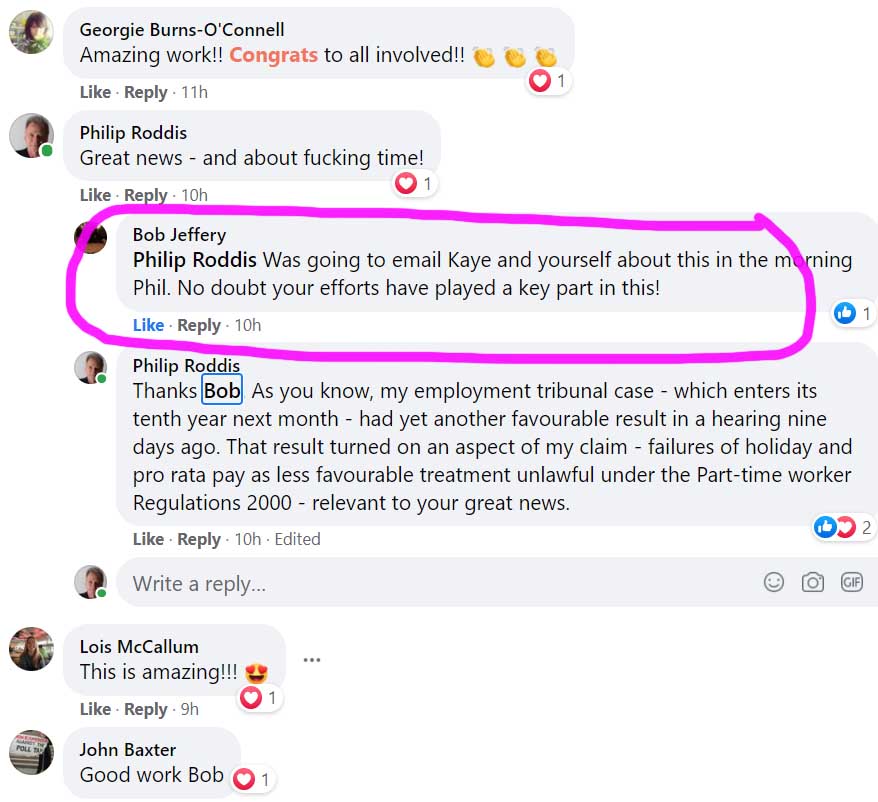 The screenshot above right is from a Facebook post in which a friend and union rep broke the news of an uncannily coincidental move by SHU. Bob Jeffrey had announced that:

… following discussions with local UCU [University & College Union] representatives, Sheffield Hallam University has increased Associate Lecturer hourly rates of pay. The new rates reflect an increase in payment for annual leave entitlement. This is a great outcome and a further step in our fight against casualisation in the workplace.

Back in 2014, on a baking August day at Sheffield’s Employment Tribunal Court, SHU appeared to have won hands down in its efforts to have my claim dismissed on the ground that I may not liken myself to my chosen full time comparator. 3 The latter, Judge Little found, was employed on a different type of contract to mine.

A condensed telling of how my claim, killed stone dead in August 2014, rose Lazarus-like from the grave is summarised in Roddis v Sheffield Hallam Part 8.

That account is not confined to how an appeal judge overturned Little’s ruling to give me, forty-three months later in March 2018, victory on the contract type test set by the Part-time Workers Regulations 2000. (Or rather, by successive flawed interpretations of the same by ET judges.)

No, it also tells how, after I cleared that first hurdle, I passed a second set by those Regulations. Defeated on contract type, SHU proceeded to argue that I had not been doing ‘broadly similar’ work to that of my comparator. The nub of its case was that most full time lecturers do scholarly research whereas I, a part-time and casualised worker, did not, and that my chosen comparator was an anomaly in that neither did he. This was an eyebrow-raising defence on two counts.

… The main witness for the respondent was Mr Wichert. I found him to be a less reliable witness than the Claimant and Mr Leader [my full time comparator] although I stress not a dishonest witness.

I found that last part overly generous. (Though not a cruel man, I’d have needed to be a saint not to delight as Patrick Wichert’s squirming disingenuities were skewered one after the other under the polite but unrelenting cross examination of my UCU supplied barrister.) But you can draw your own conclusions from the account, with documentary evidence, given in Roddis v Sheffield Hallam Part 8.

In any case, I won’t hear a word against Catherine O’Neill. She can do no wrong in my eyes. As for overgenerosity – a fault I must fess up to myself – it’s hardly a damning indictment, is it?

Judge O’Neill’s judgment was handed down in May 2019. Now, surely, the path was cleared for the particulars of my claim to be heard, in full, and in open court?

Yes … and no … Don’t miss next week’s thrilling episode.