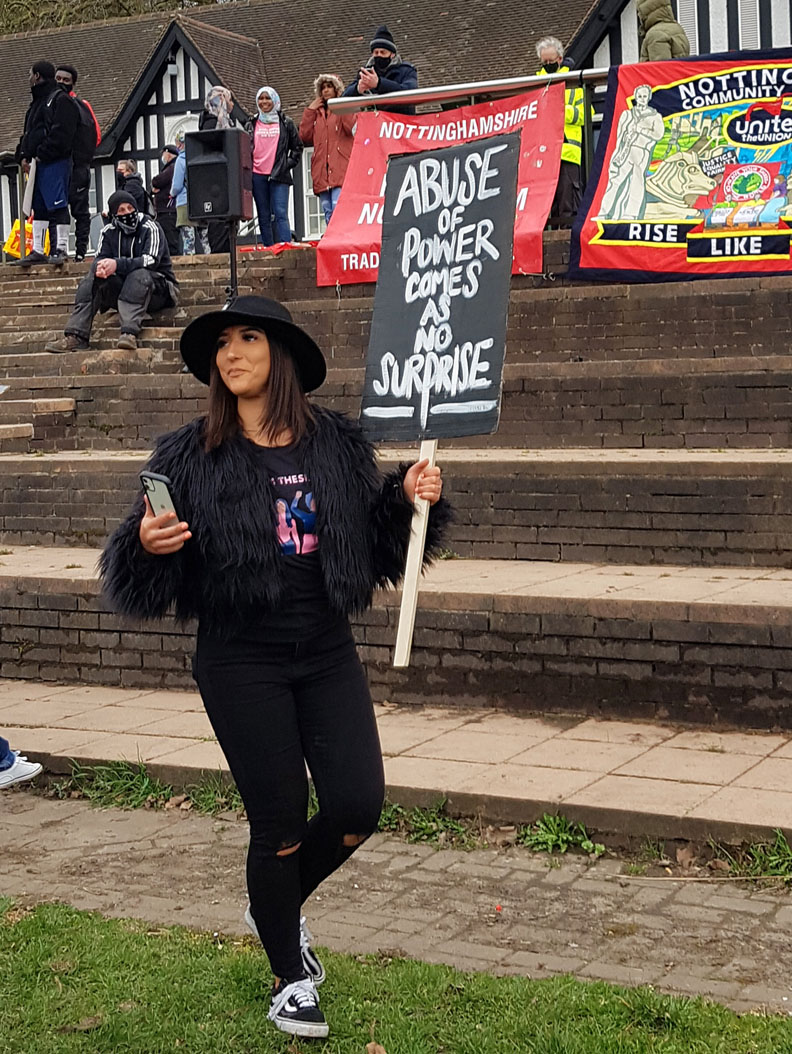 I take issue with George Monbiot on one or two vital matters, and agree with Jonathan Cook’s unflattering assessment of the man’s role – Cook doesn’t do ad-hominem – as given in my post thirteen months ago, What’s the point of George Monbiot?

That said, I admire George’s lucid and factually grounded writing, and give guarded welcome to his growing willingness to link his primary focus, environmental insanity, to the logic of a world driven by pursuit of private profit. Making that connection has informed his forays into matters which to the casual eye may seem unrelated.

The Police, Crime, Sentencing and Courts Bill for instance. On which he wrote a Guardian piece two days ago.

Britain is becoming a police state by stealth

This is proper police state stuff. The last-minute amendments crowbarred by the government into the police, crime, sentencing and courts bill are a blatant attempt to stifle protest, of the kind you might expect in Russia or Egypt. 1 Priti Patel, the home secretary, shoved 18 extra pages into the bill after it had passed through the Commons, and after the second reading in the House of Lords. It looks like a deliberate ploy to avoid effective parliamentary scrutiny. Yet in most of the media there’s a resounding silence.

Among the new amendments are measures that would ban protesters from attaching themselves to another person, to an object, or to land. Not only would they make locking on – a crucial tool of protest the world over – illegal, but they are so loosely drafted that they could apply to anyone holding on to anything, on pain of up to 51 weeks’ imprisonment.

It would also become a criminal offence to obstruct in any way major transport works from being carried out, again with a maximum sentence of 51 weeks. This looks like an attempt to end meaningful protest against road-building and airport expansion …

At nine paragraphs it’s short by his standards but showcases what he does best. I’d be hard put to find a snappier articulation of why the bill is such a threat, and of the contempt its architects displayed in ensuring that the most contentious clauses evaded parliamentary scrutiny.

But George does not address head on the question of why now? For once this is not a criticism – I like that the piece is short – and to be fair it does here and there imply partial answers to the why now question. 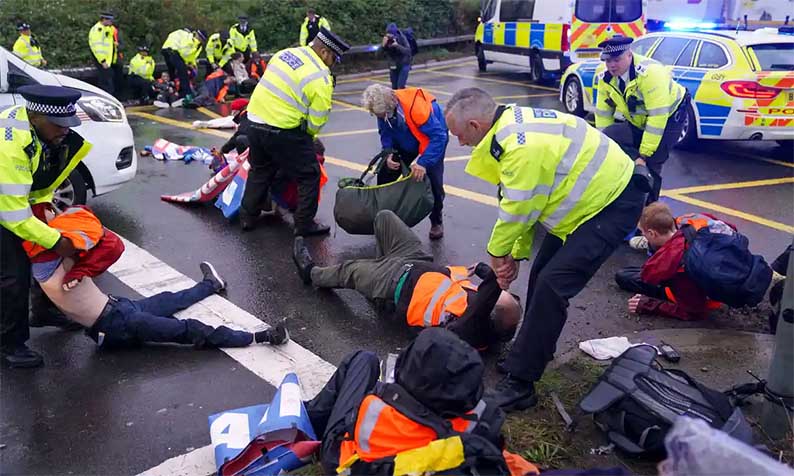 I say often on this site – in posts as far removed as those on Facebook’s Frances Haugen, the jailing of Craig Murray (released this week), the weaponising of ‘transphobia’ and ‘anti-Semite’ accusations – that a credulous ‘woke’ has again and again unwittingly aided rising authoritarianism and the erosion of principles, hard won but easily lost, of an open society.

This ‘woke’ response I see as inevitable when well meaning if at times self righteous folk sense that something is very wrong – but have yet to grasp that the ‘something very wrong’ is that we are ruled by criminals.

(Hence their looking to the ‘liberal’ – or ‘conservative’ – wing of said criminals for help, in ways that expand the licence of both to plunder. But that’s an aside, not where I want to go today.)

During Britain’s miners’ strike – ie at the dawn of a period, now four decades old, of capitalism with the brakes off and seeking to privatise the world while monetising every facet of our lives 2 – I read a piece in The Economist.

As with other specialist outlets – FT, Nikkei Asia, Business Insider to name a few – its small and ‘business-friendly’ audience allows The Economist greater candour on some matters.3 The piece I speak of, circa 1984-5, asked whether a healthy economy could, in the times ahead, be squared with democracy.

Let’s unpick that tentative but – from the vantage point of a present in which thousands sleep out on Western streets, jails are run for private profit and war crimes committed with impunity while those who expose them are hunted like dogs – remarkably prescient question.

Many of us grew up in an unusual bubble. Our formative years were lived in those first decades after WW2, in the embrace of a dollar-friendly Keynesianism 4 forged at Bretton-Woods, when capitalism in the West took on a benign form paid for in large part by the global south.

The West’s postwar transition from colonialism’s direct rule to the indirect rule of imperialism 5 (a double whammy of cheap labour/assets on the one hand, on the other the lower overheads of nominal independence) underwrote welfarism and the trappings – not entirely cosmetic – of open and democratically accountable societies in the heartlands.

At the same time the alternate vision of human possibility offered by the Soviet Union obliged Western capitalism, while vilifying that alternative and doing all it could to make the vilification self-fulfilling, to up its game in a Cold War battle for hearts and minds. Low unemployment in a demand led ‘mixed’ economy, welfare safety net, ladders to the middle class for the clever, and rising consumerism: all did their bit to keep workers in the Empire’s Centre from being tempted by communism. 6

Virtually all liberals, me included, misread the situation. Our idealist understandings of history led us to see as permanent gains … as the fruits of centuries of post Enlightenment struggle … things our ruling classes had grudgingly conceded under conditions atypical and by that fact temporary and provisional.

This reality forms the context for – alongside such other indicators as the reining in of social media – the  Police, Crime, Courts and Sentencing Bill. The time for concessions is long gone. Western capitalism – at the limits of its now highly financialised capacity to grow the economy, systemically incapable of making good on its own environmental looting, and above all under challenge from China rising – is tooling up for inevitable resistance. The battle arenas, to name some of the more obvious, will be workplace unrest, eco-activism and protest over wars whose rationalisations grow increasingly transparent.

In the face of which, those who truly rule are readying themselves to do whatever is necessary to maintain a healthy economy.