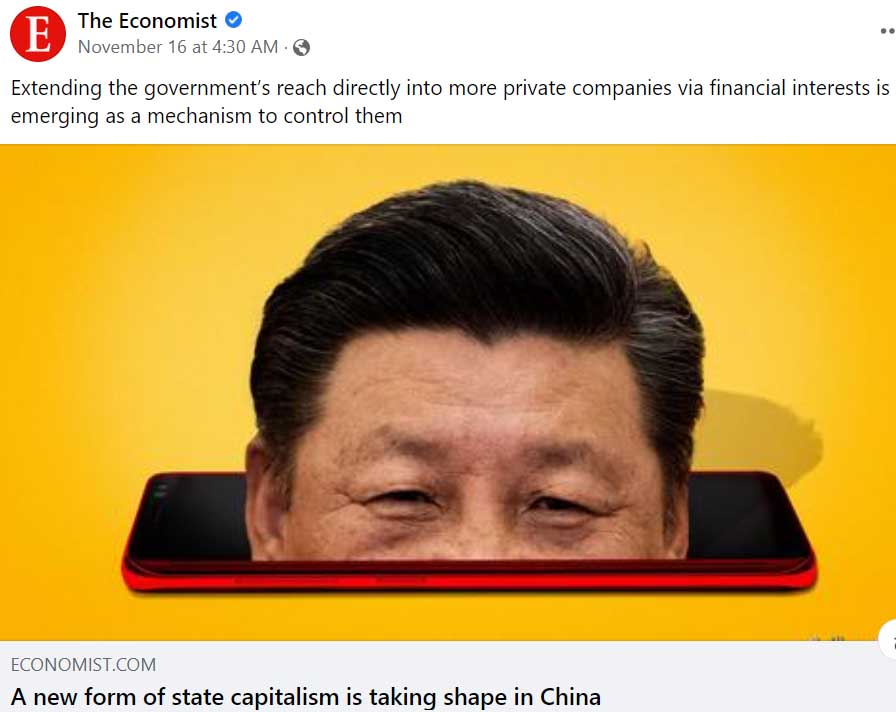 The Economist laments the fact that in China the state controls its capitalists. In the West the reverse is true.

The uniformity of negative reporting on China across all corporate media in the West allows for only two interpretations.

EITHER China is so bad – e.g. has slain millions in this century alone by wars and bombs, drone strikes and murderous sanctions … e.g. declares itself the Exceptionalist Nation, above international law – that even its seeming positives – e.g. lifting 730 million of its citizens (yes, Uighurs and Tibetans too) from extreme poverty, as even the US led World Bank admits – well, they too turn out to be pretty rotten once The Free World’s fearless journalists have had a closer look.

… AND the challenge to US hegemony, over the global south in particular, of China Rising is so powerful they don’t have the luxury of being subtle about it … 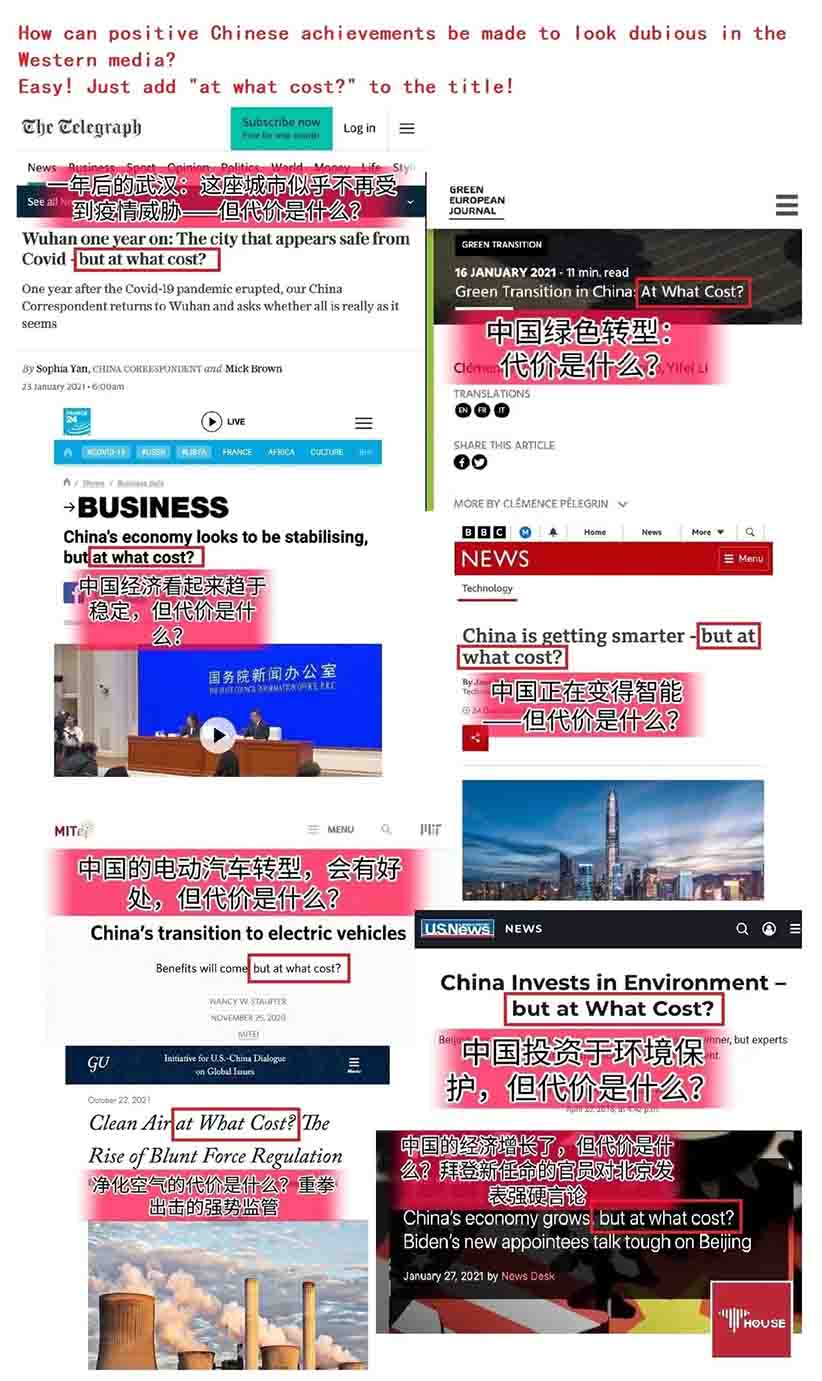 Then again, subtlety is rarely required. 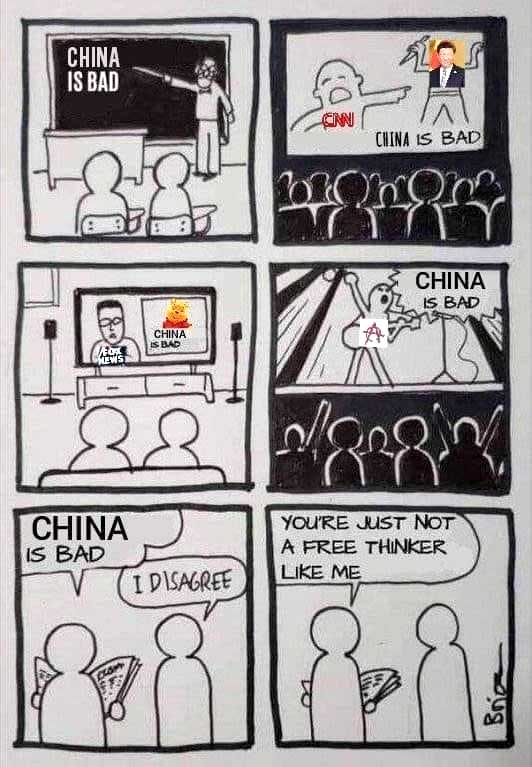 … nothing China is doing rises to the level of the US killing millions and displacing tens of millions just since the turn of this century in still-ongoing military operations.

This is an unassailably correct position; there exist no robust arguments to the contrary … Maintaining an awareness of the indisputable fact that the US is by far the most destructive government on earth gives you a much clearer perspective in our current media environment, because you see that it’s always vastly worse than 100 percent of the governments it tries to demonize.

Oh, and here’s something else she said. Just today in fact: