How childish and silly. This is just the sort of thing I love! M x

Says Mike to the world:

We have not moved slowly enough to learn, nor fast enough to stop the stables roof from falling in. We have failed to balance communal childcare against the always urgent demand for productive work. We have not built socialism [nor] seen the light but have experimented with Zazen, Macrobiotics, UFOs, hallucinogens, the Tarot, I Ching, astrology, Carlos Castaneda, RD Laing and the Soil Association. We are all still subject to jealousy, envy, fear, malice, possessiveness, and bouts of wild cornflake-eating. We all have breakfast at different times …

… we’d left secure, well-paid, professional lives (and insurance policies, pensions and the like) for a semi-chaos — fluid, disturbing and poor. Experts in big city living, we became bumpkins overnight. Cut off by hundreds of miles from our friends, we became each other’s co-workers, co-communards and often, sole company.

We more or less gave up meat-eating and monogamy. We pooled all except a few private possessions. Our lives became public, written up in the tabloids and in ‘movement’ magazines.

The first quote is an email Mike Reid sent in response to my account, on this site, of the first of two overnight canoe trips on the Trent last September.

The second is another Mike email, a month earlier, re my own email to him and other Sheffield pals, in which I made daft puns on music icons and Sheffield place names: Emerson, Lake and Parkway … Fulwood Mac … Gene Pitsmoor … Ike and Tinsley Turner … Jelly Roll Norton …

All give something of the flavour of this richly diverse and hugely talented dude: physicist, tenor saxman, founder member of Laurieston Hall Commune, ecologist, writer, project manager, jazz pundit – I’m not at all sure his self effacing nature would allow him to claim that last but, as we will hear, he’d more than earned the accolade – and much besides.

I first met Mike in the mid seventies. He’d taken a short leave of absence from Laurieston to visit a mutual friend in Sheffield. I forget what we talked about; communes perhaps, since I too had done time in one, though my commitment had been less wholehearted and was measured in months not years. It’s possible we took in co-ops too, me being a founder member of Down to Earth Wholefoods Co-operative. My only vivid recollection of that first encounter has him sat on a living room floor in Walkley (Walkley Brothers would be another of my “childish and silly”  puns) with his back to an armchair as he rolled a joint in bright morning sunlight.

It would be close to two decades before our paths crossed again. Now he was the partner of another mutual friend – and hiking buddie these past few years – the equally talented and life loving Sue Beardon. Since then I’ve walked with him, partaken of his cuisine (his signature dish a very English and very palatable stew) and conversed with him on all manner of subjects.

Most memorable though are the times I’ve danced to the mix of jazz, soul and rock put out by his seven piece (give or take) ensemble, Papa Soul. That band really was something: fine musicians, tight by anyone’s standards, and with the confidence to improvise at length as audience rapport worked itself up through the night to a foot-stomping crescendo. Nobody with legs that worked could stay still at a Papa Soul gig.

So I was keenly looking forward to the band’s fixture at The Greystones in Sheffield, end of September, in celebration of Mike’s eightieth. 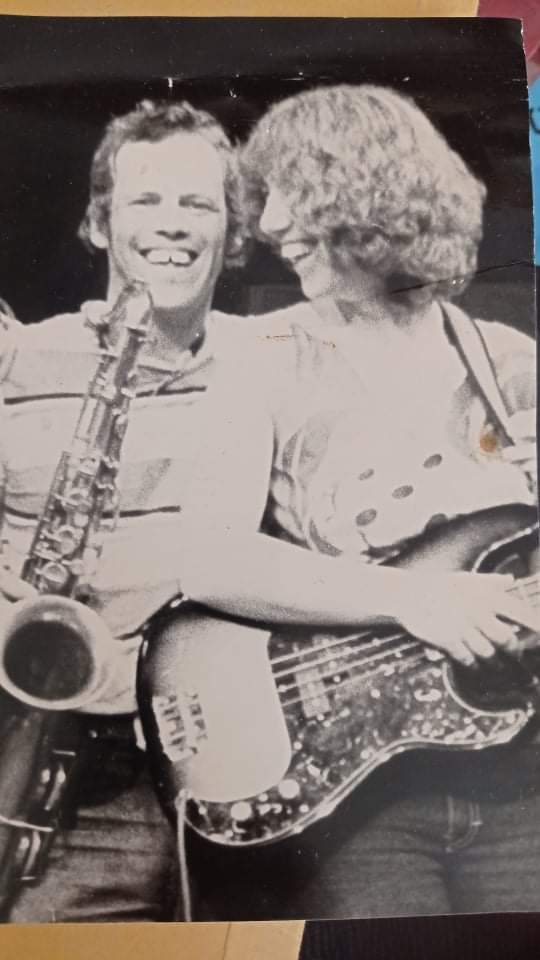 It would be great if you can come to this do!

But shortly after that first September canoe trip, and Mike’s note about the weirs thereof, Sue emailed to say the gig was off. They’d both gone down with Covid. She, though fit as a fiddle, was quite poorly while Mike, with some pretty debilitating underlying health issues, was in good shape.

Within days, however, their respective situations had reversed. When I put into the Trent for my second overnighter that month, Mike, though I didn’t yet know it, had died the day before.

I’m a fan of Charles Mingus. (He too had a partner named Sue. She would sail into record shops, seize every album on which her husband had featured but had received no royalties, and march out with the confiscated items, daring anyone to stop her. Word is, nobody ever did.)

One of I dare say many big things I didn’t know about Mike Reid is that on top of everything he was a huge admirer of Mingus. The difference being that whilst I appreciated the drama of his music (and the many tales of his larger than life persona) I couldn’t for the life of me speak with any authority on the technical aspects of his craft as bassist, composer and band leader.

Mike, it turns out, could. But not till he’d packed and travelled on did I get to see this aspect of my late friend. To those who knew and loved him, and to jazz fans everywhere, I give you Mike on Mingus.

8 Replies to “Mike on Mingus”