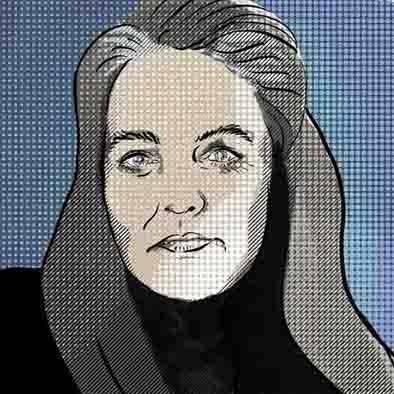 Or is it just that anyone who thinks about the state we’re in with any seriousness and sincerity will find themselves arriving – this is the nature of truth – at strikingly similar conclusions?

Yeah, I guess that’s it. But she has a knack of packing them in powerful prose.

Here’s what she has to say today:

The official story is that we live in a free democracy where our teachers tell us the truth about our nation, our government and our world when we are children, and then the free press continue telling us the truth about our nation, government and world when we are grown, and then every few years we have free and fair elections in which we use this truthful information to make decisions about which politicians and policies to vote for, and it is only by pure coincidence that what we vote for just so happens to benefit the most wealthy and powerful people on the planet.

In the official story, the democratic process consistently fails to let us progress beyond a status quo of profound inequality, injustice, oppression, exploitation, war and ecocide because that’s simply how people are voting in their free and fair elections. The official story maintains that this occurs because the populations of all free democracies coincidentally happen to be organically divided into two ideologically opposed camps of equal size, creating a political deadlock which just so happens to benefit the people who profit from profound inequality, injustice, oppression, exploitation, war and ecocide.

Per the official story, society is driven by the majority, and it is only by an immensely widespread and startlingly consistent series of coincidences that society remains perpetually shaped in a way that benefits a small minority of rich and powerful individuals.

“These are some pretty strange coincidences,” you might find yourself thinking. “What are the odds that a society which is driven by the will of the people would so consistently benefit a small minority of rich and powerful individuals to the disadvantage of the voting majority, across so many separate nations, from generation to generation for many decades, without ever deviating from this pattern? Seems like the rich and powerful must be tipping the scales in their favor somehow.”

The official story holds that you are a crazy conspiracy theorist if you say this, and should be shunned and denied any platform from which to speak to a large number of people.

The official story is that this sort of society, which only serves the worst people in the world by pure coincidence, is so wonderful that it needs to be exported to every corner of the earth. Also by pure coincidence, all of the nations which most urgently need freedom and democracy always just so happen to occupy land of immense geostrategic importance for planetary domination and resource control.

In the official story, the United States and its allies are always on the right side of every international conflict, and it is only by a series of unfortunate accidents and intelligence blunders that this alliance is killing far more people with military violence and starvation sanctions than any other power structure in today’s world. The news media feed us accurate information about each and every one of those conflicts, explaining truthfully why each country’s government needs to be toppled to free the people of that nation, and it is only by coincidence that we suddenly stop getting news reports about how those people are doing once they have been liberated from their tyrannical oppressors.

The official story tells us that while the US might not always make perfect foreign policy decisions, it’s better to have them leading the free world than to risk some tyrannical regime like Russia or China taking over. If the US wasn’t constantly invading countries and dropping bombs and staging coups and starving civilians and fomenting unrest and arming terrorists and torturing people and escalating cold war aggressions against nuclear-armed nations, the world could find itself ruled by bad guys.

In the official story, our world will be guided by this truth-based free and democratic status quo in a way which benefits all of humankind. If it seems like inequality is getting worse or governments are becoming more authoritarian or capitalism is becoming more exploitative or wars are getting out of control or the ecosystem is dying or we’re hurtling toward nuclear war on multiple fronts, that’s just your stupid brain trying to trick you, and you should stop listening to it immediately and re-acquaint yourself with the official story.

13 Replies to “Caitlin on The Official Story”