Appearing this morning on WSWS:

US squanders $80,000 every minute on nuclear weapons

The United States spends over $80,000 every single minute on nuclear weapons, more than every single country in the world combined, according to a new report by the International Campaign to Abolish Nuclear Weapons.

The massive annual spending on these weapons of mass destruction is more than the  federal government spends on primary and secondary education programs.

Despite rising inflation and a raging pandemic, the United States is massively expanding its nuclear arsenal, with spending on nuclear weapons surging 14 percent between 2020 and 2021. 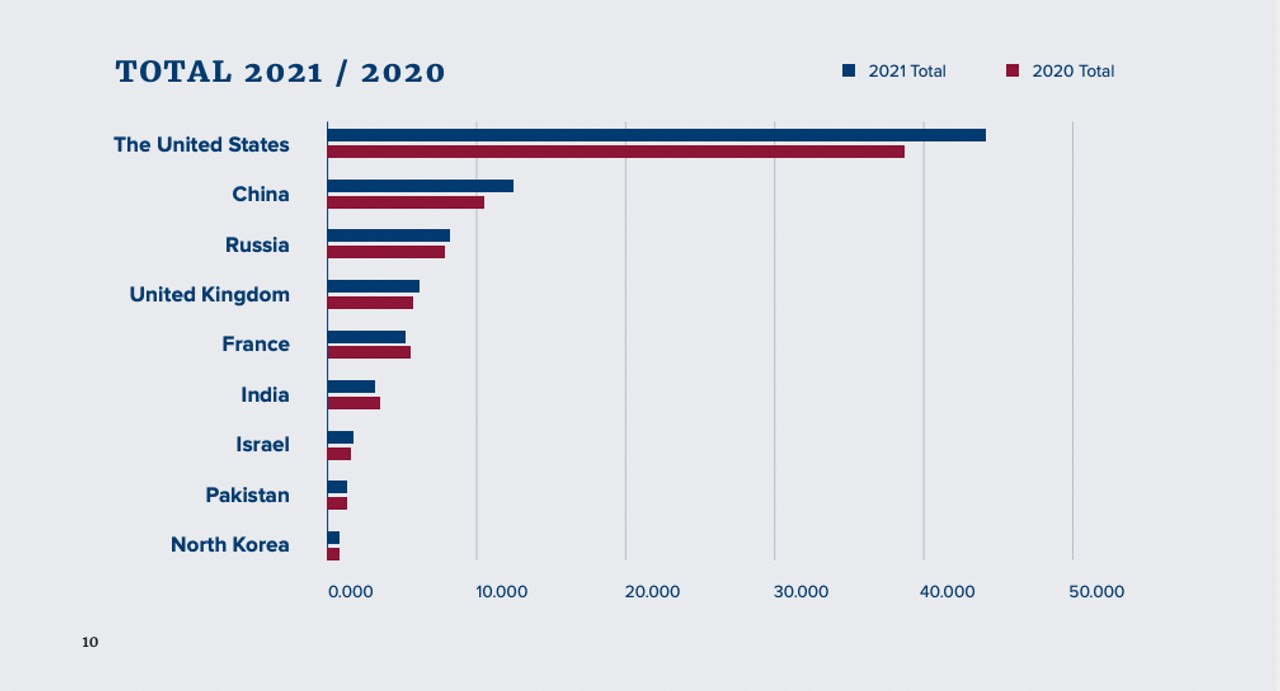 Using the terror of these weapons of mass destruction, the criminal oligarchy in Washington threatens the whole world with “fire and fury” at a minute’s notice, purely at the discretion of one person—the President.

The report found that major corporations providing nuclear weapons contracts to the US and its allies had their nuclear arms contracts double in 2021. “Companies in France, the United Kingdom and the United States were awarded $30 billion in new contracts (some spanning decades into the future), twice as much as they received in 2020.”

The report noted that in 2021, the Department of Defense requested $28.9 billion for “Nuclear Modernization,” including the “Ground-Based Strategic Deterrent, B-21 Bomber, Long-Range Stand Off Weapon, Columbia class submarine, missile warning” and “$7 billion for Nuclear Command, Control, and Communications.” 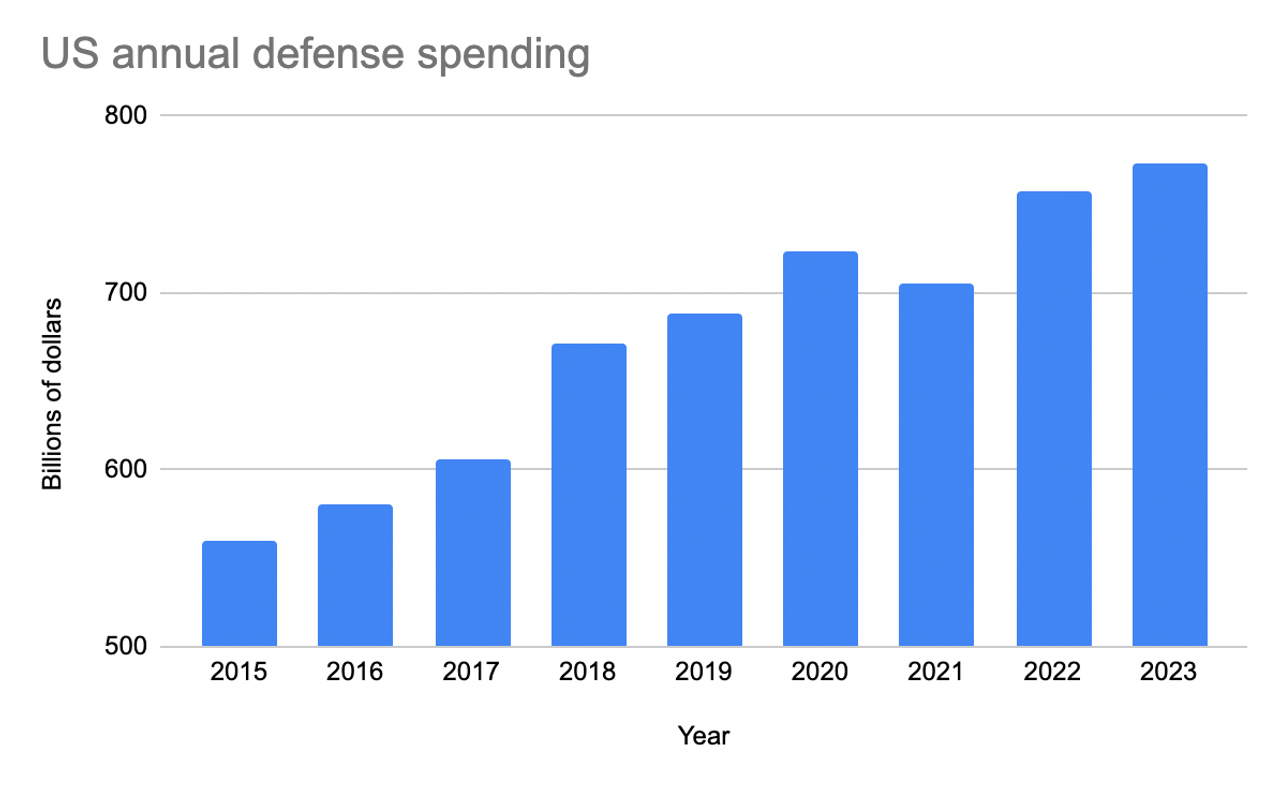 But this already gargantuan nuclear spending was further expanded in the 2023 Pentagon budget, which declared, “Modernizing the Nation’s nuclear delivery and command, control, and communications systems is the Department’s number one priority, and these programs are funded in the FY 2023 budget request.”

It declares, “Recapitalizing nuclear platforms, delivery systems, and the associated support systems will require significant investment over the next 20 years.”

The official budget document quotes Navy Admiral Charles A. Richard, head of the U.S. Strategic Command, as declaring,  “Our existing nuclear forces are the minimum required to achieve our national strategy. We must modernize and recapitalize the nation’s nuclear triad, nuclear command and control, nuclear complex and supporting infrastructure to meet presidential objectives.”

The budget proposes to upgrade and modernize every single aspect of the US nuclear arsenal, from nuclear submarines to bombers and missiles. It includes $35.4 billion to “develop, procure, and modernize” the United States’ nuclear weapons, including:

Nuclear weapons systems being overhauled by the US Defense Department – from the 2023 Defense Budget Overview.

In 2016, President Barack Obama initiated the most dramatic expansion and modernization of America’s nuclear forces since the end of the Cold War, at a projected cost of $1.2 trillion.

Obama’s nuclear arms race sparked what commentators at the time called the “second nuclear age.” In contrast to the Cold War’s doctrine of “mutually assured destruction,” this “second nuclear age” would, in the words of a 2016 report by the Center for Strategic and International Studies, involve combatants “thinking through how they might actually employ a nuclear weapon, both early in a conflict and in a discriminate manner.”

In 2018, the Trump administration intensified the arms race initiated under Obama by unilaterally withdrawing from the Intermediate Range Nuclear Forces Treaty, freeing the United States to ring Russia and China with short-range nuclear weapons capable of hitting major cities in a matter of minutes.

This was accompanied by the systematic expansion of the US nuclear modernization program, the cost of which subsequently ballooned to nearly $2 trillion.

The International Campaign to Abolish Nuclear Weapons report further reviews the corrupt nexus between major corporations, lobbyists and leading think tanks, which function as paid-for agents of the arms manufacturers. The report notes:

The Brookings institution think tank, for its part, “received between $575,000 and $1,149,997 from three companies that produce nuclear weapons: Leonardo, Lockheed Martin and Northrop Grumman. This represents an inflation-adjusted increase of between $287,075 and $574,149 from past year funding. The Brookings Institution reported a new funder, Leonardo, and constant funding from Lockheed Martin and Northrop Grumman.”

These think tanks are routinely quoted in the press, who treat the proclamation of these corrupt representatives of the arms dealers as the gospel truth. 1

Ultimately, however, the damage caused by the colossal squandering of social resources on nuclear weapons pales in comparison to the damage that would be caused if these weapons were used.

With the United States massively escalating its war against Russia, the prospect of the weapons of mass destruction that the United States uses to cajole and bully the whole world being put to use is an increasingly dangerous reality.