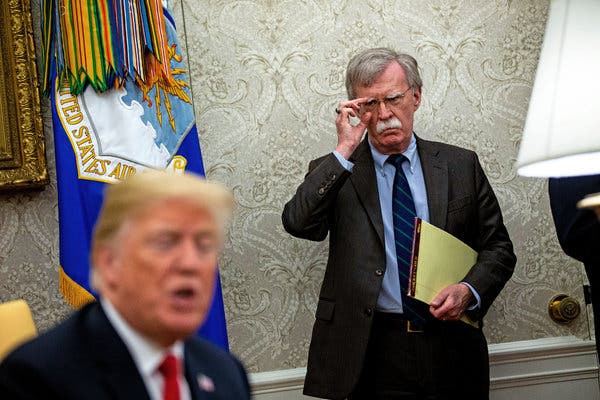 For a characteristically witty piece on “President Bolton”, see Caitlin Johnstone in fine form with a post four days ago and viewable here. But this Daily Beast offering from thirteen months ago, on the man’s appointment to National Security Advisor, strikes a more sobering note.

Our new national security adviser, John Bolton, was born on the same day in 1948 as Weyman Cook, Jerry Miller, and Richard Lassiter, whose own chances for future achievements ended when they were killed in Vietnam.

Their common birthday was Nov. 20, number 185 in the 1969 draft lottery, which was based on date of birth and ended student deferments—such as the one Bolton had until then enjoyed at Yale. He might well have been called up, as the draft went up to 195, but he managed to get a spot in the Maryland National Guard and then a local Army reserve unit. The Guard and the Reserves had long waiting lists, as they offered a way to avoid being sent to Vietnam.

“I confess I had no desire to die in a Southeast Asian rice paddy,” Bolton wrote in his Yale 25th reunion class book. “I considered the war in Vietnam already lost.”

Instead, Bolton went to Yale Law School, interning in the summer for the stridently pro-war Vice President Spiro Agnew, who told everybody that the fight in Vietnam was progressing far better than the effete media suggested. Bolton later served at no peril in the Justice Department and State Department, all the while being quick to recommend the use of military force. He was an ardent supporter of the Iraq War and has gained a reputation for being ever ready, almost eager, to send others into combat ….