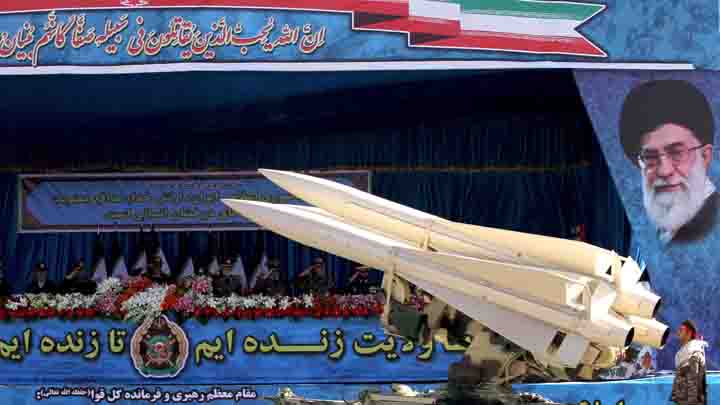 For me the scariest thing is not that the world is ruled by gangsters – a criminal elite with the US ruling class its top mafia family. It is that this particular family, and the lesser criminals who ride its coat-tails, are justifiably worried.

And by that fact more dangerous than ever.

It is overly reductive to see the wars and sanctions on Iraq, Libya and Venezuela as solely about threats to dollar hegemony. In each case at least two other items – on an à la carte that takes in: oil .. privatisation .. Israel’s expansion .. China’s One Belt One Road .. Russia’s recovery from the Yeltsin years .. Washington’s blood-soaked record in Latin America .. the logical progression of claims of US Exceptionalism to demands for full spectrum dominance – also feature.

Nevertheless, a key aspect of the treatment of Saddam, Gaddafi and Maduro is that neither Washington nor Wall Street will take lying down any challenge to their petrodollar advantage. Yet such challenges will recur. China and Russia will not be tied by US Exceptionalism, nor by what Valery Giscard d’Estaing called the “exorbitant privilege” of a Bretton Woods agreement made unconscionable first by Nixon’s 1971 decoupling of dollar from gold to pay for Vietnam, then by a petrodollar system in which oil transactions everywhere are in US dollars.1

Unlike Iraq, Libya or Venezuela, however, China and Russia can call up a wide set of retaliatory options in the face of economic or military intimidation.

And unlike North Korea’s nuclear capacity, China’s and especially Russia’s range of tactical and strategic missiles – and world-beating S-400 defence system – rule out any attempt to take them out with a single, audacious strike.2 All the same, that section of the American ruling class which believes a nuclear war with Eurasia can be won is growing. These are men and women whose past deeds make clear to those not fully asleep that the slaying of millions, and further despoliation of the planet, are for them acceptable prices for America’s continuing supremacy.

What’s more, from a certain standpoint – a morally insane one, but with a chilling rationality – they are right. I can think of no precedent for a pre-eminent world power sitting back as the economic basis of its military might ebbs away. And Russia and China have time on their side. Kicking this particular can down the road will only favour those who would defy the Pentagon.

Get your revenge in first, as that all-American hero Jack Reacher – fittingly a British creation – is wont to say. It’s an axiom not lost on US hawks. Especially now, with the tangerine clown in the Oval Office both handy fall guy and demonstrably malleable.3

These are dangerous days. The more so when most people, Western intelligentsia4 in particular, remain oblivious to the underlying realities driving our world. In this they are assisted by media corrupted not just by oligarchic ownership. And not just by dependence on advertising or – as with BBC, ABC etc – the good will of politicians fearful of, or in bed with, media barons. Where such incentives to toe the line are insufficient we see direct interference, as with the Guardian after the Snowden revelations.

For a brief and useful summary of media failure, see Open Democracy’s five reasons we don’t have free independent media. This should go without saying but I’ll say it anyway: if we have no free and independent media, then we have no meaningful democracy either. In any account of how class rule and imperialism can be squared with ‘democracy’, the media are pivotal.

Hence obscene and dysfunctional levels of inequality, monetisation of every aspect of our lives and accelerating destruction of that which sustains life on earth. Hence those vile attacks, by reactionary and liberal media alike, on those – the Corbyns and Assanges – who one way or another threaten a stacked deck. All these things, the champions of parliamentary democracy and ‘free speech’ would have us believe, being the will – fully informed and freely exercised at ballot box and newsagent – of those with so little to gain and so much to lose.

Hence too our sleepwalking into World War III.