Meet Laurel, who has opened up a canyon in the world of identity politics. 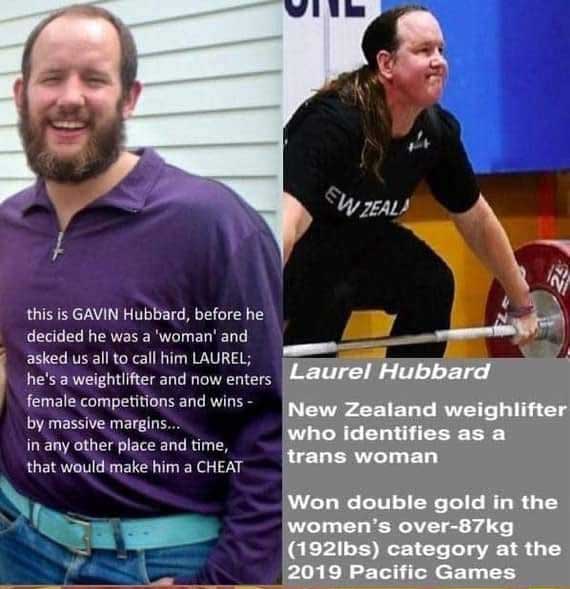 At the 2017 Australian International & Australian Open in Melbourne, she … became the first trans woman to win an international weightlifting title for New Zealand

Now meet Rachel McKinnon – Women’s Sprint winner of the UCI Masters World Track Cycling Championship. (No, I don’t know what that means either but McKinnon thinks it a big deal – as do a good many who are less thrilled by this achievement.) 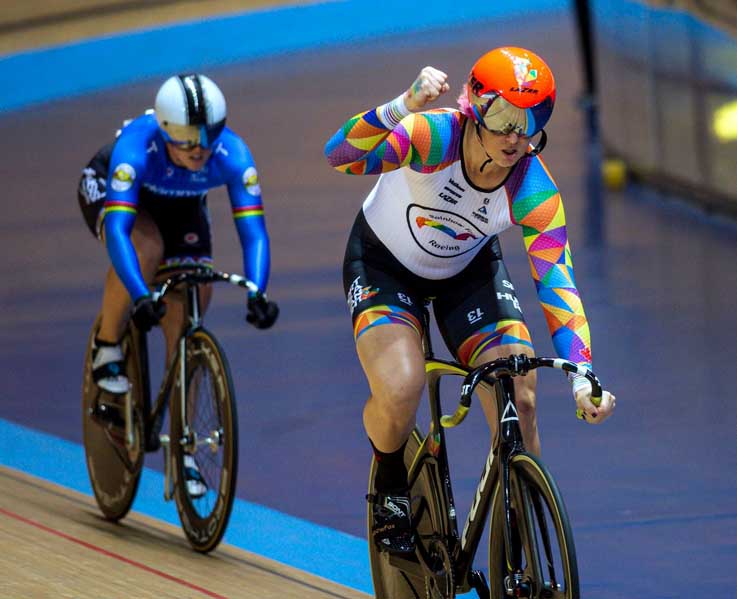 Here’s a conservative-values promoting National Review, with a piece showing that on matters of science, and in this case common sense too, people of vastly different political stripe – the author and me for instance – may speak as one.

Rachel McKinnon Is a Cheat and a Bully

… a structure of lies and tyranny [has been] erected around us [which] most cannot opt out of without incurring enormous social cost.1 McKinnon is the perfect example of how this structure works and operates, as well as why we should resist it.

McKinnon lived unambiguously as a man (“Rhys”) until the age of 29. … As an associate professor at the College of Charleston, McKinnon decided to get into sport cycling. (Fair.) He won the 200-meter sprint record for women in the 35–39 range in 2018, and then the UCI Masters World Track Cycling Championship in the Women’s Sprint. (Not fair.)

When I say this columnist and I “speak as one”, I must qualify that. I know nothing of McKinnon beyond ‘her’ cycling as a woman. I would only endorse the ‘cheat’ charge in the general sense that I do not believe ‘men who identify as women’ have any place in women’s sporting events. Nor in women’s loos, changing rooms, prisons, refuges or any other physical spaces designated as female only.

As for that ‘bully’ charge, I again endorse it only in the more general sense that an alarmingly McCarthyesque climate has emerged around this issue. Many of us have been attacked online as TERFs (trans exclusionary radical feminists – not applicable in my case as I don’t call myself any kind of feminist) or transphobes (also n/a, for reasons more easily summarised). Pressures are particularly strong in, but by no means confined to, the British Labour Party and academia,2 where such accusations (a) become their own ‘proof’ …

So the defamation escalates. First you call someone a ‘transphobe’. Then next time you can call them a ‘known transphobe.’ Next, when you’ve called them a known transphobe often enough, they become a  ‘Notorious transphobe’. All without saying a single word, and just because the attackers say it and say it again and again.

… and (b) make one spurious conflation – that insisting on the biological reality of sex amounts to transphobia – bearing striking commonalities with another – that support for Palestinians in apartheid Israel is anti-semitic. 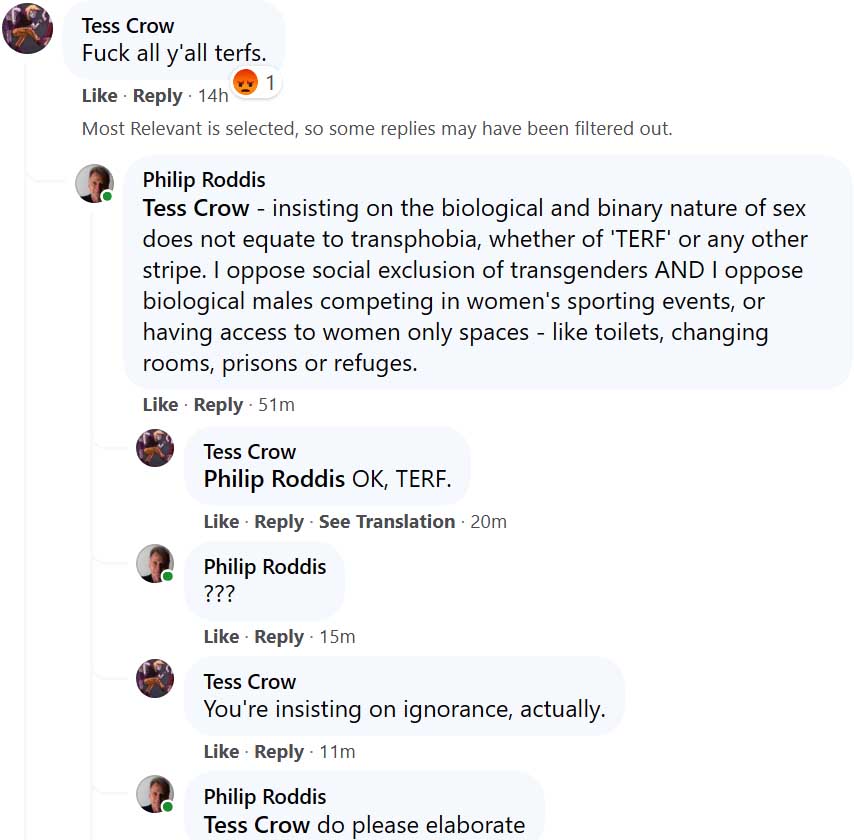 On FB today, below a Save Women’s Sports post. Tess has gone silent. Should that change I’ll update the above. Update May 10 – TC has chosen NOT to elaborate. Let no ‘man’ say I no-platformed this person.

As a matter of fact I see this sense-addling issue – given intellectual credence, I suspect, on the back of decades of postmodernism half baked3 – as an especially chilling case of a truth more generalisable. A truth explored in my post on the divisive nature of identity politics and, more succinctly, in this cartoon. 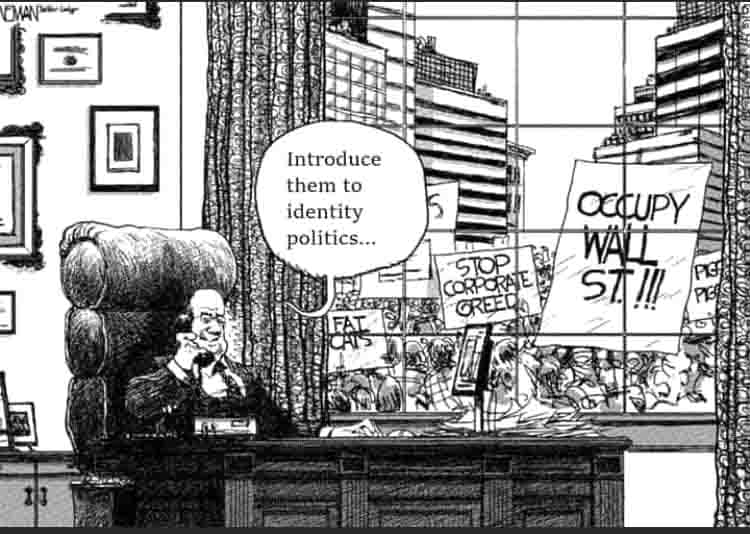 4 Replies to “Women who lift too much”